WHEN IS THE RIGHT TIME TO THINK? - Non Architecture Competitions

WHEN IS THE RIGHT TIME TO THINK? 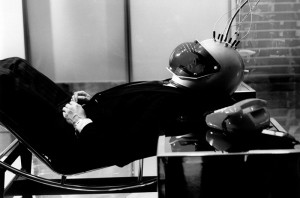 We find ourselves to have days that we are fully productive, when ideas come fast and furious. And other days, of course, we have to cope with a complete stagnation of creativity and inspiration. At the same time, we could be struggling for a project for hours and hours with no avail, and the next day, or after a few, we might effortlessly figure it out in a few seconds. Besides, I suppose, like most of us, you categorise yourself as an early bird, a person who is pro-active in the morning, or a night owl, a person who performs best at night, right?

It becomes clear then that thinking and time have an asymmetric relationship, one which we will try to cast some light on right now:

1 – The best time of day for creative thinking is…. (drum roll) right after you wake up! Sounds hard to believe, but some researchers think so.

2 – Yet, you can keep routines and habits that would trump the clock. Actually, routine reinforces neural circuitry, and the more you work at the same routine, the stronger those connections become. Mundane daily activities can lead to inspiration!

3 – When it’s time to think, it’s not time to do. And the other way round. Reasearch tells us that we have a “thinking” system and a “doing” system – and we’re generally only capable of using one at a time.

4 – Thinking, which is the main philosopher’s occupation, has a controversial value nowadays as it is regarded in instrumentalist terms. This paper discusses this “flight from thinking” and what its consequences seem to be.

5 – Thinking takes time. So in order to think, we need to make time for it. This means we need to stop, take a break and devote some time to reflect on what concerns us. These mental breaks increase productivity, replenish attention, solidify memories and encourage creativity.

7 – Finally, against the odds, it appears that innovation and creativity are greatest when we don’t think it’s the best time. Studies show that our increased susceptibility to distraction at off-peak times can turn to our advantage.

That’s all for today! We are already one month in the competition and we hope that we have got you going! If not, it’s time to register! Don’t hesitate, do it here!