The Bat Houses S, M, L aim to provide board and lodging for bats. Those Installations respond to the health and food challenges induced by the migration of mosquitoes and insect pests from the tropics to Europe. It also provide to their owner a fertilizer from their hosts, the guano. 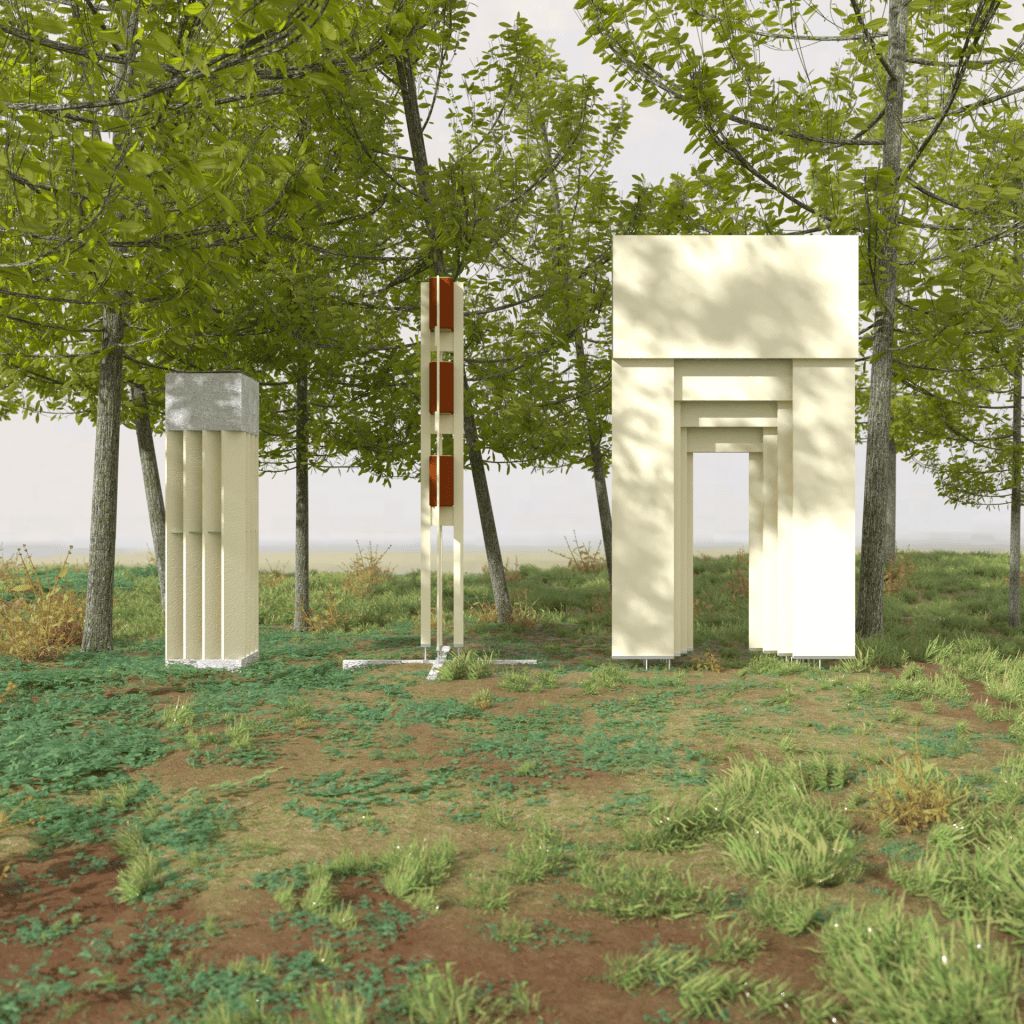 According to the WHO, mosquitoes are responsible for millions of deaths each year by transmitting many diseases in the regions of central and northern Africa, the Middle East and southern Europe. These warm climates allow the existence and proliferation of these insects responsible for the transmission of Chikungunya, Malaria, West Nile Virus and Yellow Fever. In addition, IPCC reports show that global warming will lead in the decades to come from these same hot climates to Central, Western and Eastern Europe. With it, mosquitoes and insect pests will migrate and affect populations (urban as well as rural) and farms in temperate climates hitherto spared. One solution to these challenges would be to introduce their natural predators, including bats. However, among the measures against global warming, the European Union has decided to isolate housing. Paradoxically, this particular measure has caused the obstruction of house attics, a preferred habitat for bats. According to Laurent Arthur: “Common species are declining in Europe, and facing new environmental threats, certain species of pipistrelle or noctula are likely to become extinct before the end of the century”. 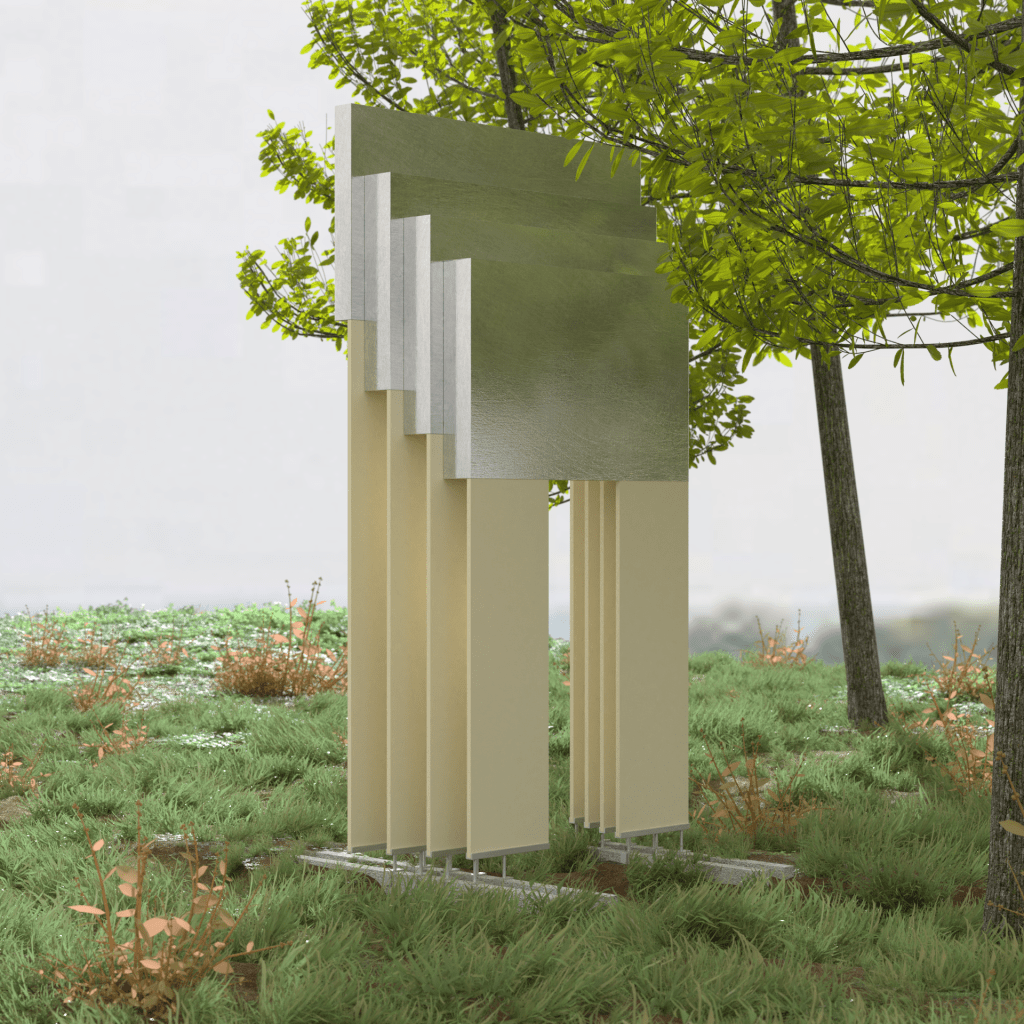 According to such scenario, we see the book Bats, mosquitos, and dollars as a part of the answer. In this text, Doctor Charles A.R. Campbell highlights his work carried out during the malaria epidemic in the United States in the 1920s. This biologist from the city of San Antonio in Texas realized after many empirical experiences that the bats were feeding on mosquitoes, blocking the spread of Malaria. With this discovery, he invented his malaria-eradicating Guano-producing bat roots. His invention consist of the installation in large numbers of bat towers near homes to fight the spread of the epidemic. These wooden bat towers in the dimensions of 4 meters a side and 6 meters tall, were also strongly beneficial for the farmers because of the bat droppings highly concentrated in nitrogen, phosphorus and potassium.. 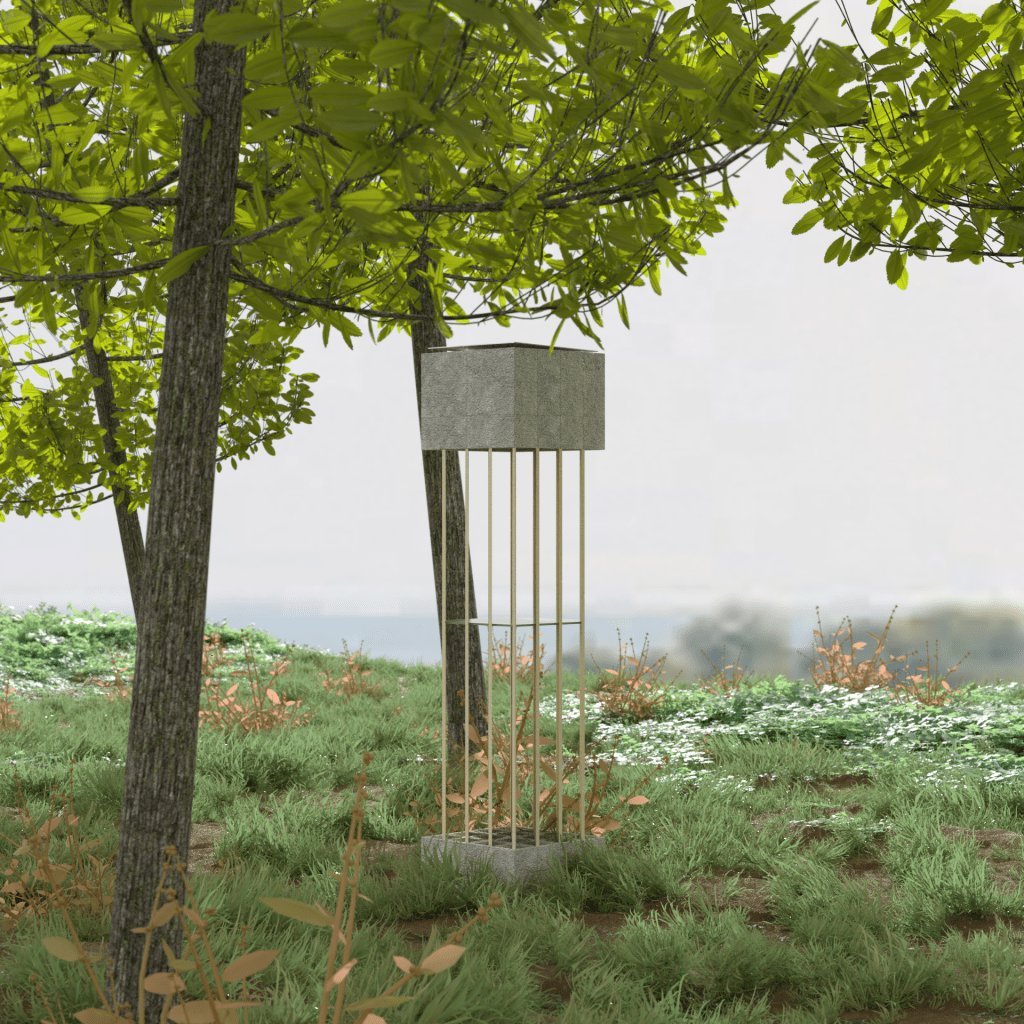 By their sizes, the S, M, L range allows the installation of a Bat House within a domestic garden, a public park or at the heart of a farm. The Bat House S is distinguished by the ease of its installation and its price for private gardens. As for the Bat House M, dedicated to public parks, it has more ground anchoring to prevent it from being damaged. Finally, the Bat House L stands out for its size in order to accommodate a population proportional to the invasion of insect pests on farms. 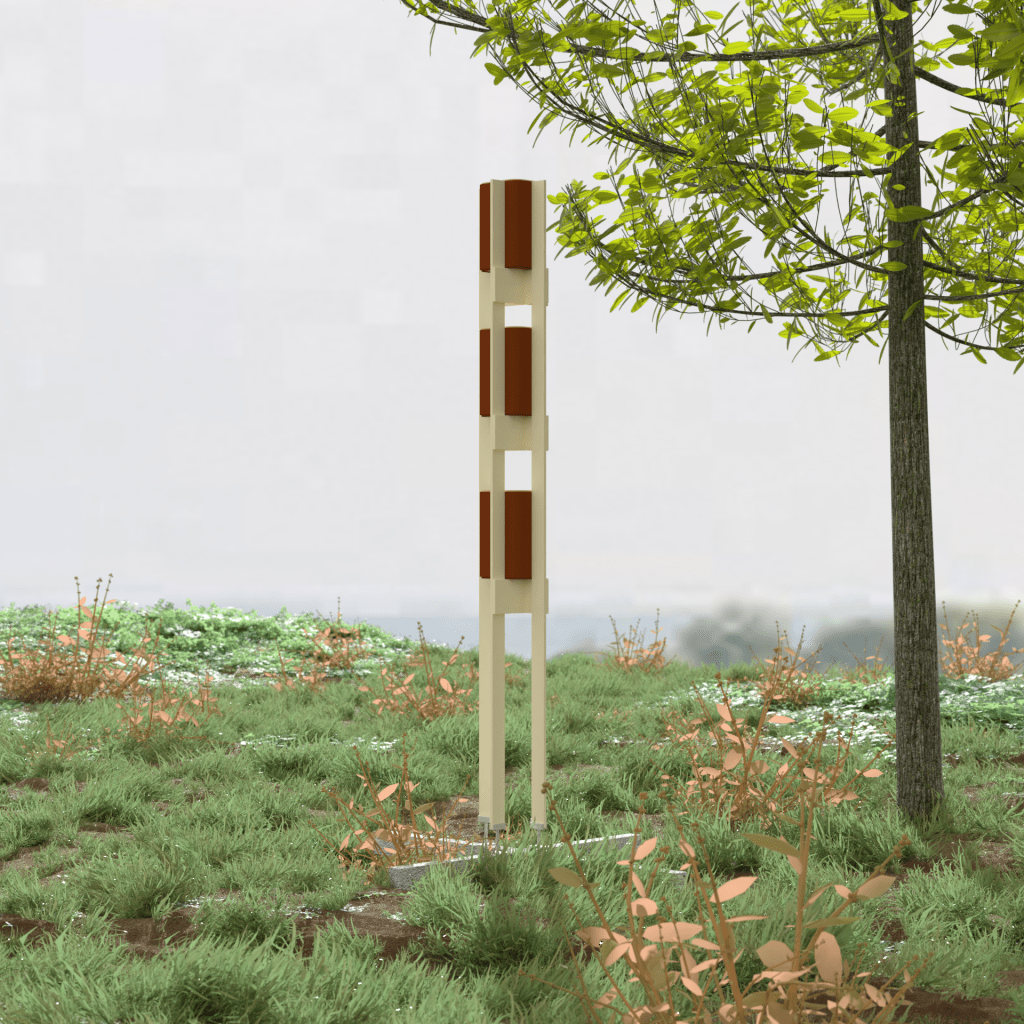 The objects we offer to this fauna are suitable for all types of terrain. A heavy base of prefabricated concrete elements movable by human hands stabilize their structures and prevent them from deterioration linked to bad weather, shocks and soil settlements. These inert bases do not affect the environment and support the wooden structure of the Bat Houses S,M,L by means of stainless steel fasteners. Wood has been chosen as the main material both for its lightness, its structural and insulating qualities. The use of wooden plates of the largest standard dimensions comes from the minimum height of 2.5m below which the bats do not occupy the roosts. 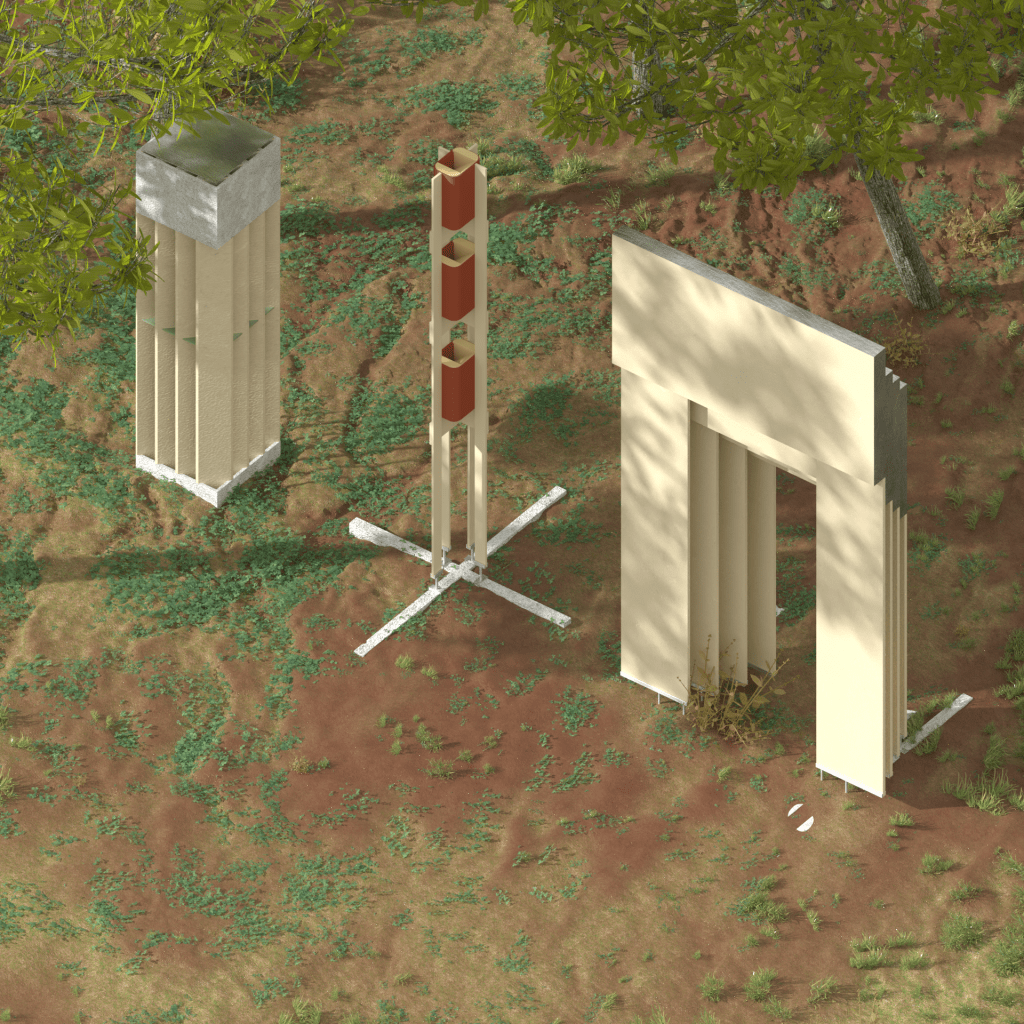 The effectiveness of an individual colony has proven to be successful, maintaining an area of ​​one kilometer radius in which residents are protected from mosquitoes. In a broader vision, their regular implantations through cities and countryside on a grid spacing them 2 kilometers apart would generate an ideal health shield and protection of agricultural resources against insect pests. This is why the range S, M, L is highly reproducible by its simple construction methods requiring a local workforce by its standard elements. It is intended as much for a single installation by individual initiative as for its multiplication at the heart of major territorial projects through local elected representatives. 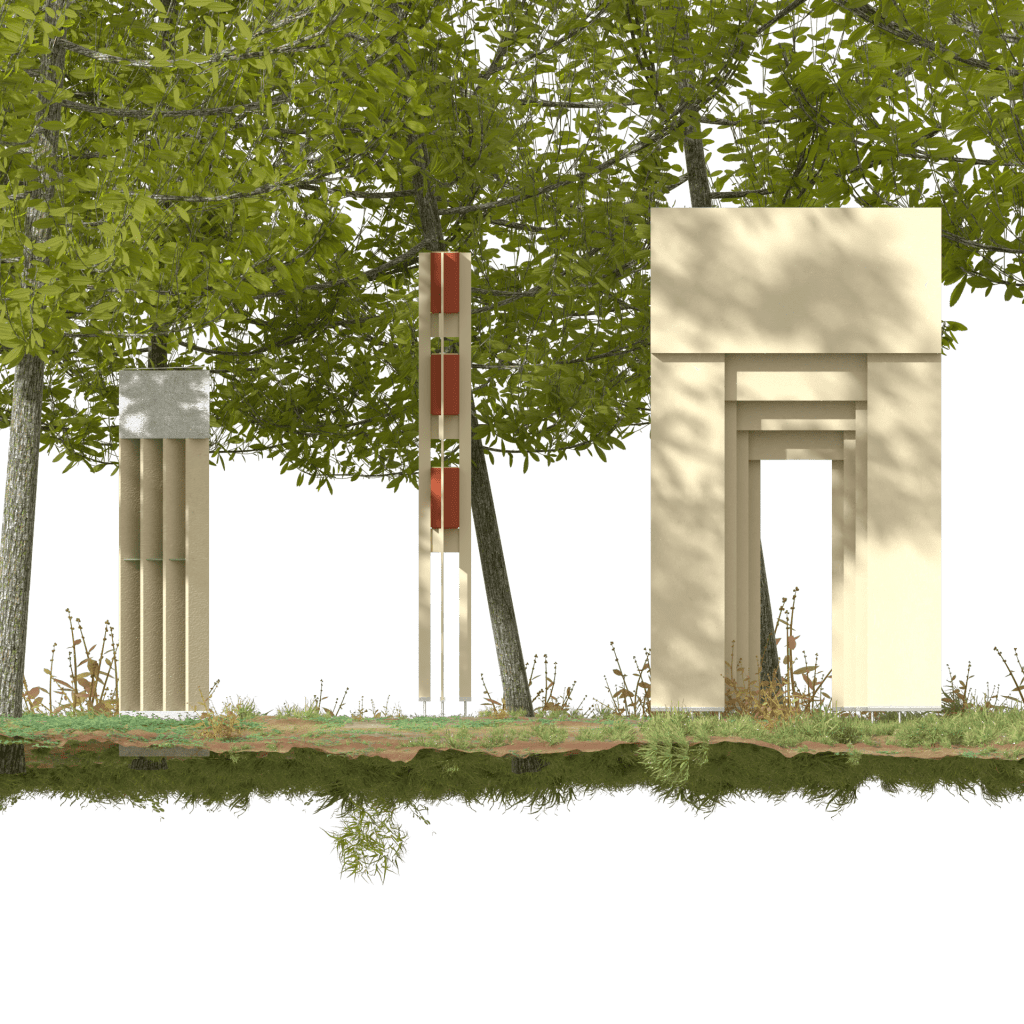 The Bat Houses S,M,L  are aimed to generate a new landscape order, a desire to reinvest by the form a new place for living beings and their possible symbiosis with our lifestyles, both in town and in the countryside.