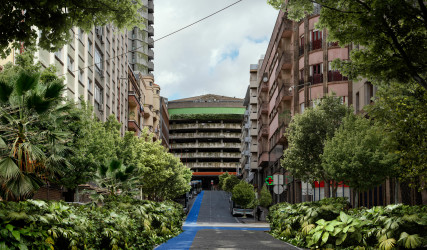 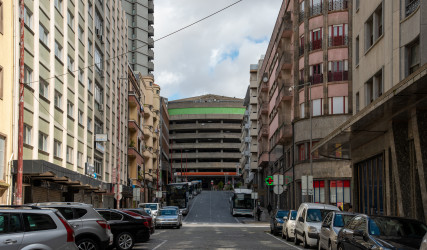 During the lockdown due to the COVID-19 virus, cities stopped, as if suddenly the whole human species had become extinct, giving way to Nature.

The economy has slowed dramatically, causing very low levels of pollution; cultural activity in cities has stopped or has been partially replaced by online events. The circulation of people slowed down and the work-from-home model, often carried out in T0 and T1 apartments, with no outdoor space, affected the lives of millions of people, making the idea of returning to the countryside a new possibility, which would contradict the rural exodus of the past few decades.

The recent scenario in the city of Porto reminded us of the city that existed in previous decades, with no cultural offer, without tourism, more silent. This emptiness made it possible to think about alternatives, possibly based on a multidisciplinary perspective, between architecture, sociology, economy, ecology and design. Likewise, this scenario favoured a possible reflection on the city of the future, which does not focus on the past in a nostalgic way but emphasizes the history and conditions of the pandemic in order to rethink the city through utopia.

Ebenezer Howard, an English urban architect, thought of a garden city, a utopian city where people would live in harmony with nature, in an egalitarian and sustainable society. 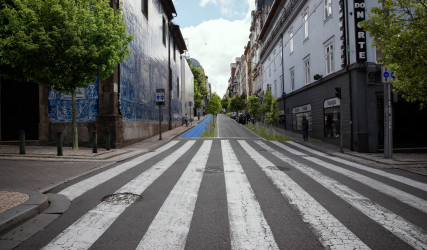 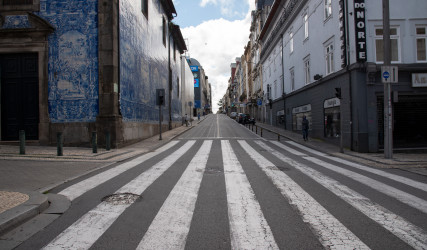 What if the lockdown had continued and Nature had taken over our streets?

And what if, at the end of the lockdown, we define policies that return green spaces to the city, in a holistic and complementary perspective between means of public transport, bicycle paths and green spaces?

“We have to radically change the way we look at the problem in order to move from the idea of land as a context, a topographic space, a homologated technical support from the Fordist factory city; from the land as a Corbusian ‘machine for living in’ and a numerical information city, to the idea of territory as a subject, a living human product, constituted by places endowed with personality. ” 1

In order to move on to the idea of territory as a living human product, in a pandemic or post-pandemic period, a series of complementary measures are necessary, which may involve improving public transport in terms of the network, but also with a smaller capacity and with fewer surfaces, ensuring the safety of passengers and avoiding excessive car circulation. At the same time, circulation on pedestrian paths should be rethought, allowing for a greater distance between people, while part of the automobile circulation paths would give way to bicycle lanes.

These measures, associated with a greener urban space, would make the city a more balanced place, both in terms of social relations and in terms of the ecosystem. 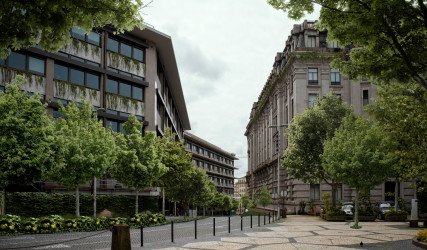 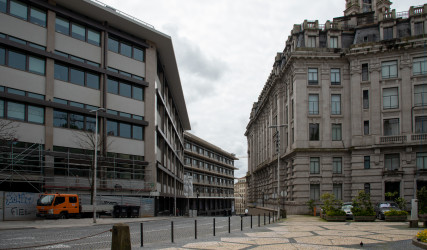 The planting of trees, the increase of gardens and the creation of urban gardens favour the cleanliness of the air. Trees absorb carbon dioxide, harbour microorganisms, insects, birds and mammals, contributing to land balance and helping to prevent viruses and pests. In addition, these animals enable pollination, essential for the reproduction of plants.

Urban gardens, which are already very common in cities like Vienna, London and Berlin, contribute to small-scale agriculture and the supply of small communities. In addition, they influence the quality of life of bees, responsible for 80% of pollination.

The creation of green spaces should be studied in order to understand the geographical characteristics, the soil and the climate, in the sense of adapting to the territory from an environmental, historical and aesthetical point of view.

“Through global warming and environmental pollution, we have been transforming essential life-sustaining systems on our planet on such a scale that a dramatic impact on the quality of life of future generations is unavoidable. In reaction to the growing awareness of these issues, some designers are taking responsibility for developing more sustainable products and systems, and for promoting a more equitable distribution of resources that might allow everyone to benefit equally from increasingly necessary strategies to cope with climate change, loss of biodiversity and material scarcity.” 2