This pavilion design is a manifestation of NATURE within and around ourselves. We belong to the nature, nature belongs to us. The reality is that we are occupied and blocked with different kind of things, objects, acquisition of which identifies ourselves as a part of the CIVILIZATION. Both sides of reality are something that connects us, something that connects all kinds of races, nationalities together, in spite of what ideological and moral cultivation they belong to. 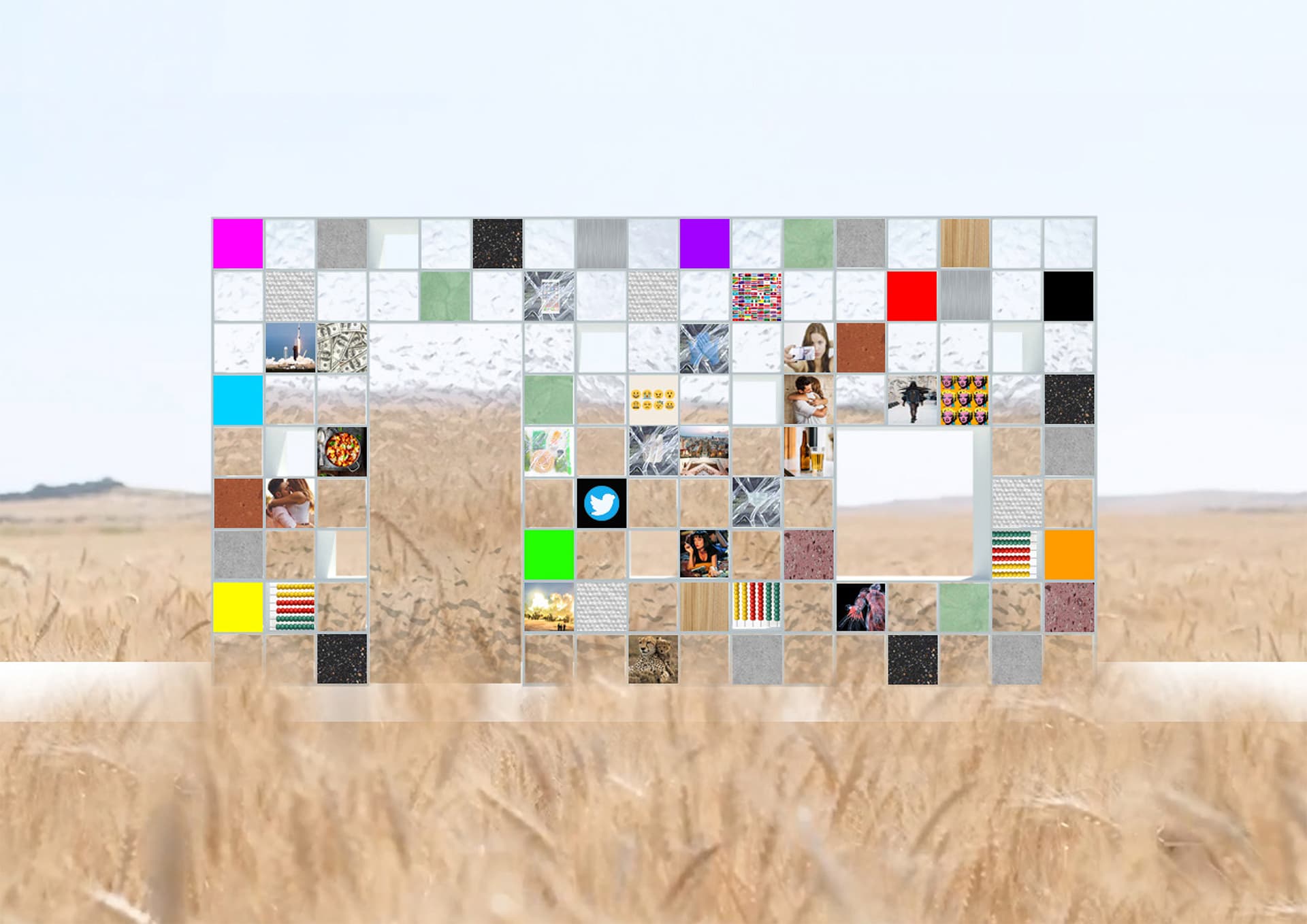 The concept of the idea is about to demonstrate reflected reality. Pavilion consists of various square panels, half of which are mirrors. Mirrors that reflect surrounding, reflect the physical reality of the location. Meanwhile the other panels show us the anthropocene reality. There are square panels with different meanings. 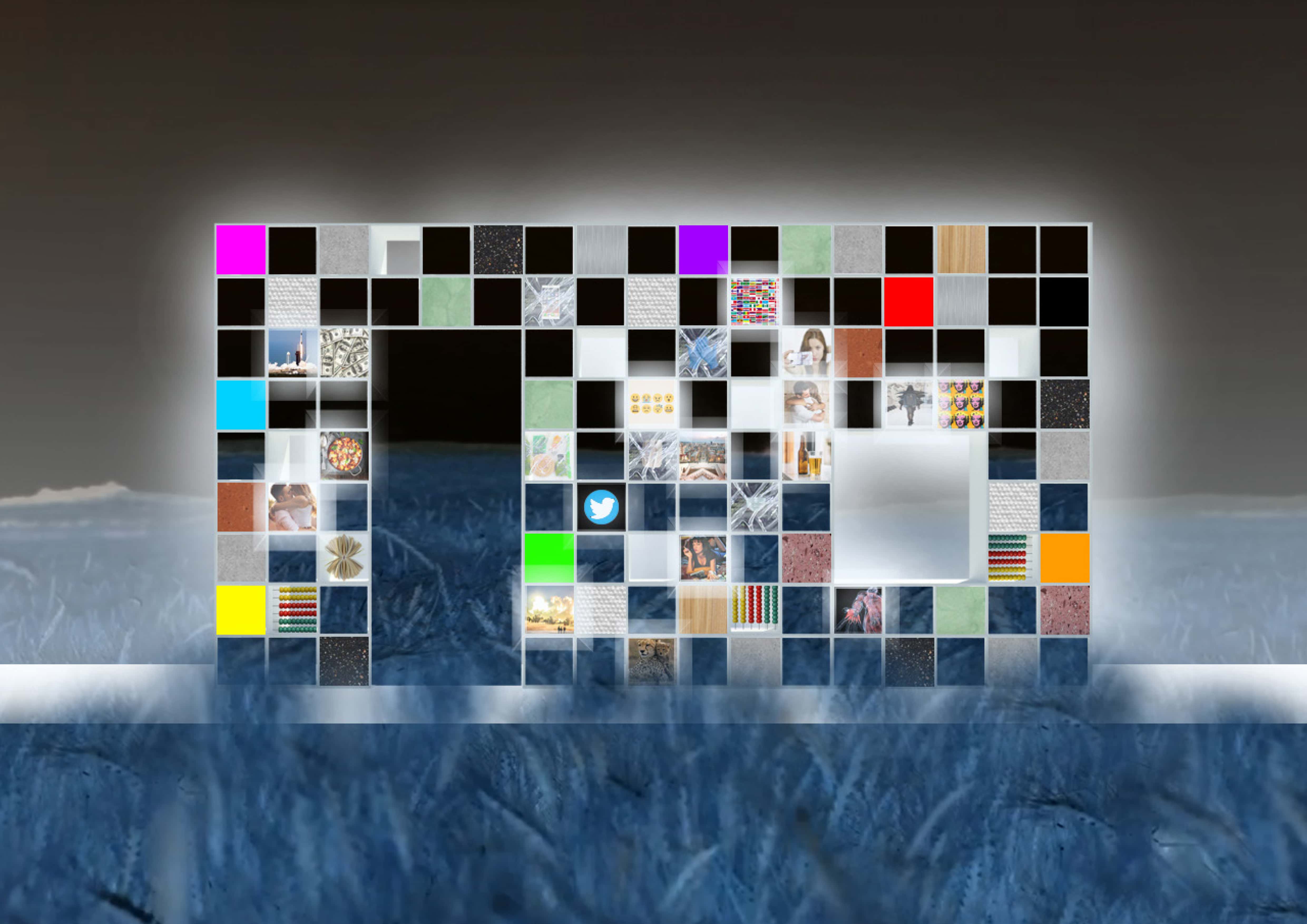 11% of the surface is occupied by digital screens. They will show continuous pictures of different things: One of them will show the idea of LOVE, the other will show what it means WAR, what it means SCIENCE, MONEY, FOOD, FEELINGS, LANGUAGES, SOCIAL MEDIAS, the idea of SELFIE, ART, etc. The other 10% of the surface will show what are COLORS, there will be OBJECTS on display too. Objects that can be touched, and be interactive with visitors. 51% of the surface is made from mirrors. These mirrors will reflect nature. This dual atmosphere makes one common condition of the occasion. On the other hand, there are voids too. So, nature can be seen and felt not only with the reflection, but also the horizontal perspectives which are opened through the square voids. 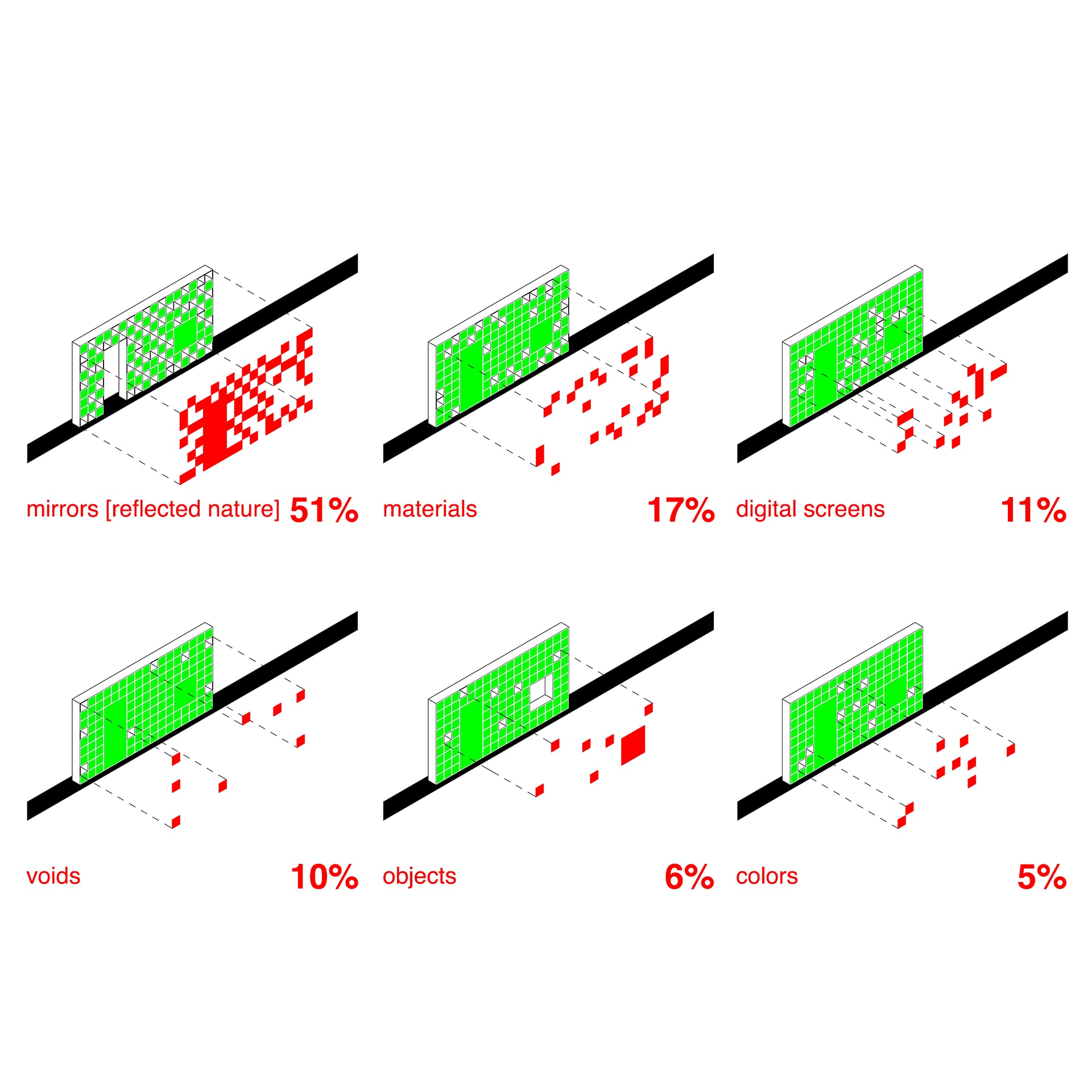 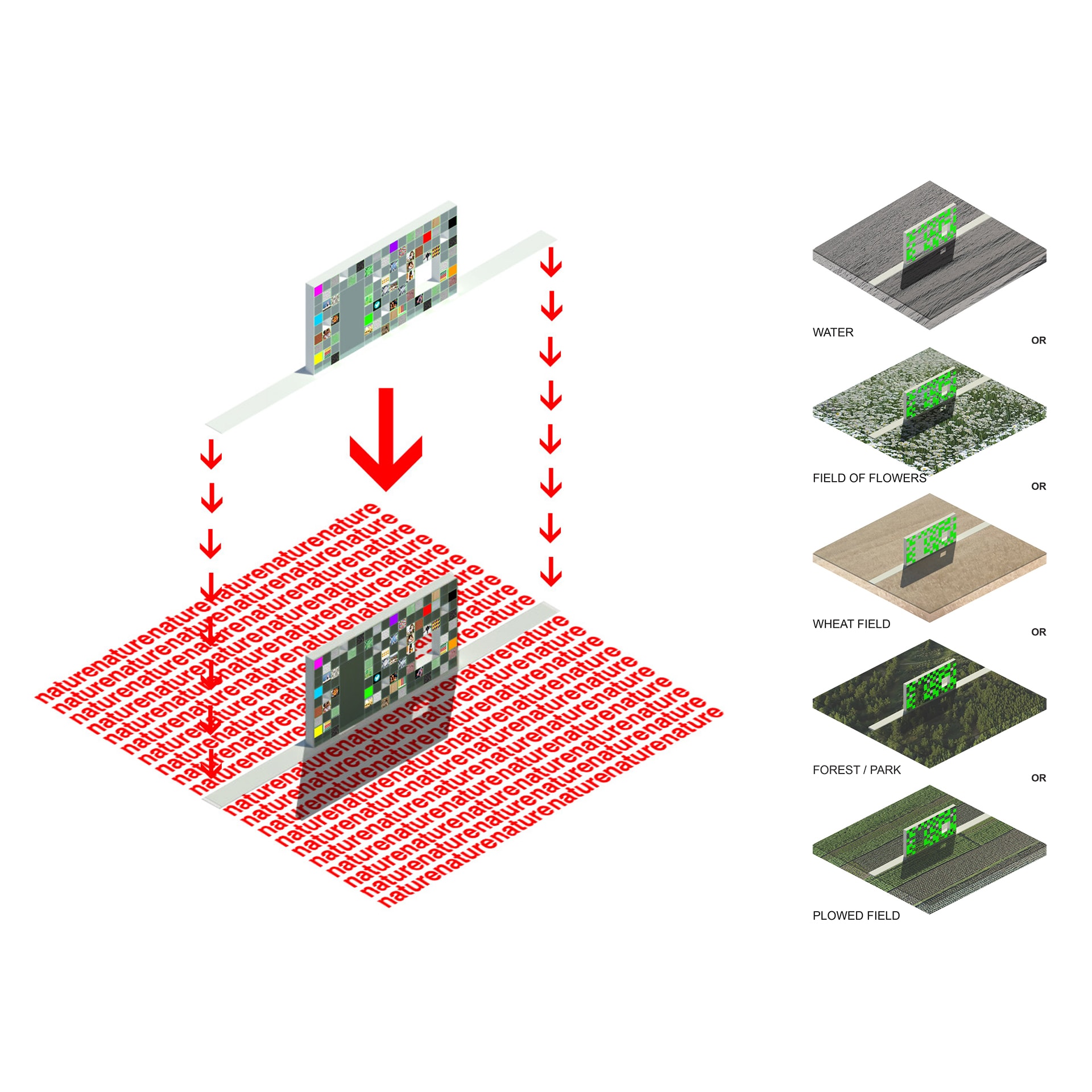 The location of the pavilion is considered to be installed in nature. Place which will reflect the atmosphere within its beauty. That could be a field of flowers, wheat or a plowed field in the countryside, or a park in the city, a lake filled with water can be taken into account too. 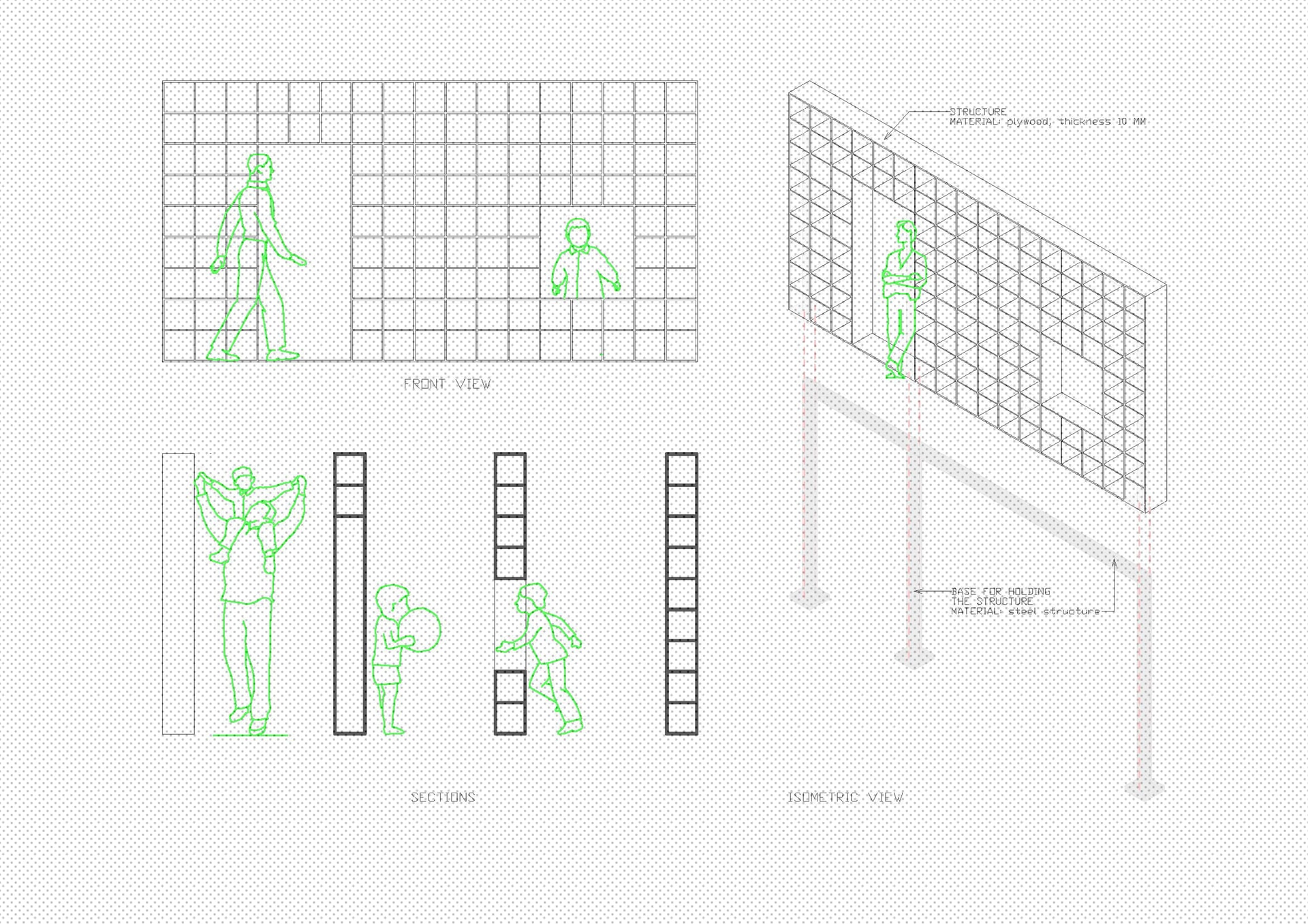 The demonstration of this confronted reality will show the COMMON ideas that we have with each other as a human race. 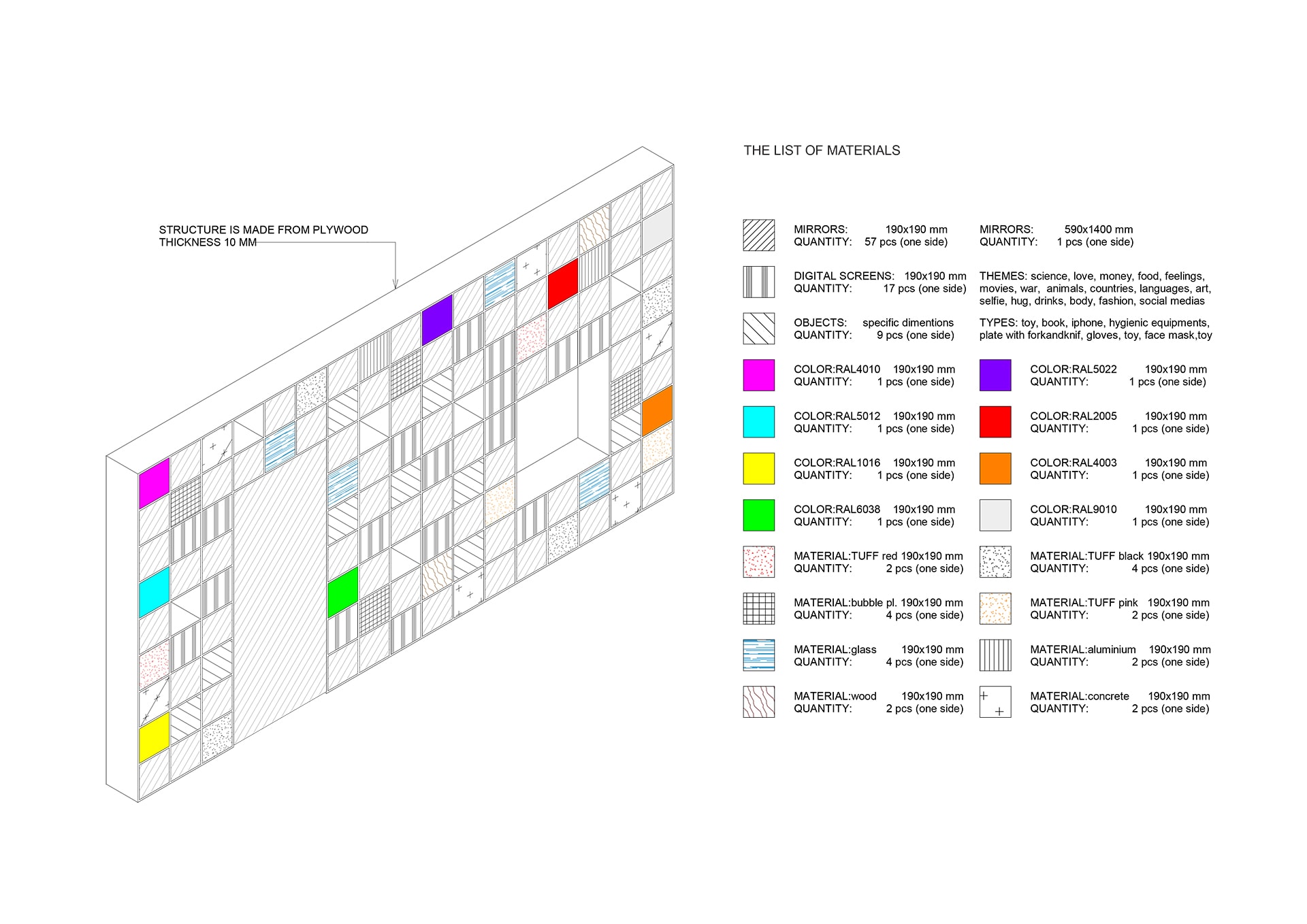