“GAME” as a Representation Technique

The process of gamifying my architecture arose as a response to the limitations imposed by the global pandemic. Like most people I was shut behind doors and was denied any one-to-one interaction with my client to fully explain the design proposal. I desperately wanted to express the experiential qualities of the space I was trying to create, however, the current standards of architectural representation are limited in what they can achieve. So, instead of hiding behind a beautifully photoshopped utopian snapshot, I wanted to tackle the architecture head-on and truly immerse the client in my proposal.

Through this gamification process, I tried to employ both a highly stylized and idyllic vision of architecture with a very grounded and realistic project. My proposals are typically utopian in their formation and seek to challenge the way in which we inhabit architecture, representing my personal ideas of where the architectural profession needs to be heading. The games themselves are a way to help foster that same kind of thinking in others, by representing them in such a manner that makes them very real in the client’s eye, Goading the client to embrace the proposal and hopefully turn them into a reality.

The whole process of gamification has been amazing, it completely freed me from the typical standards of representation such as plan and section, which we as architects appreciate but the clients have no relation to. Instead of spending time working up a single snapshot that can easily hide the lack of design work, I was able to create a more holistic design and simply drop the architecture into a scene. It does mean that the user is more critical of certain elements that have not been designed yet, but I found that made the whole process a lot more honest, I was able to discuss these elements of the design in real-time. The games stay far away from realistic rendering to ensure the user is aware that it is still a conceptual idea, allowing me to explore more speculative forms of design.

I have become increasingly uninspired by the current trajectory in architectural representation. Visualization of architectural work has been slowly devolving into increasingly abstracted and unrealistic pastel-colored fever dreams. The purpose of which seems more geared towards peer approval than actual client engagement. In this search for representing the “new” forms of habitation, architecture is further distancing itself from the very harsh realities and burgeoning climatic demands of our profession. As these magnificent represented worlds are progressing further and further into the surreal, the parallel of the built results are becoming increasingly dull. It is true that architectural renderings are not meant to be a true analog of the existing design, however, they should still be grounded in some sense of reality.

When it comes to making actual computer games, I’ll be the first to admit that I am a complete noob. Having literally picked it up a few months ago and simply teaching myself with every available youtube tutorial. Already I can see what an amazing opportunity this could have for the architectural profession. We can learn a lot from the constantly evolving world of computer game design, and in order for architecture to remain relevant, I believe we need to embrace new modes of operation.

Having delved very recently into this line of representation I have already used it in a few different ways: 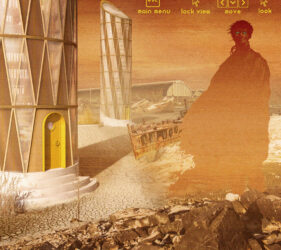 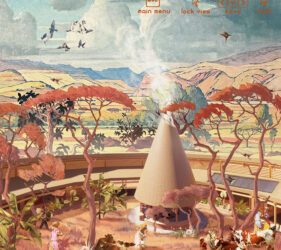 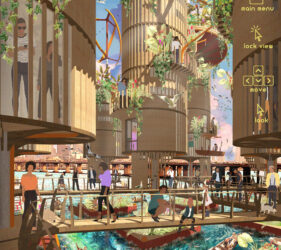 All of these proposals are still very basic in their conception and are extremely limited by the fact that they are hosted online, so I would love to hear any feedback or words of advice on how to take these projects even further.

I am extremely excited for the future of our profession, but I truly believe we need to critically rethink the way in which we are representing not only our work but our profession as a whole. I know that the gamification process is not the answer to that problem but maybe, in some sort of way, it can help challenge the norms and push the profession down a better route. With new forms of representation and platforms such as Non Architecture promoting a reimagined vision of what the world could be, architects can start to inspire similar visions in others.

Here is the game version of DUST, one of the Editorial Picks of Waterless World Competition. Try it out for yourself! Enjoy!