The project focuses on the settlement maintained by collective care performed beyond biological relationships in the post-work, post-gender, and post-capitalism realm. The agricultural past of the site and the distribution of land are translated into the urban fabric. The strong field pattern is not only graphically pleasing but climatically important. It follows the optimal north-south direction of wind for ventilation and direction of rainwater management.

The orientation of the fields also sets the spatial organization. The longitudinal stripes contain different densities and are weaved together by the band with open green spaces. The dismantled domestic living rooms are translated into the urban scale and break down the stripe organization in order to create autonomous spaces and increase the heterogeneity of the site.

The proposal develops in four phases and each of them creates an independent neighborhood at any point. The temporal functions as nursery forest, allotment gardens, and pop-up spaces are introduced during the development and allow the future inhabitants or the citizens of the city of Vienna to engage with the site already at the early stage.  The project tries to extend the boundary between outdoor and indoor spaces by blurring the architecture with the landscape while simultaneously investigating the possible balance between communal and private spaces.

It embraces the social landscape of hyper-exploited care workers, immaterial workers, ageing society, and a growing number of voluntary singles. To overcome the current housing market, the room for subjectivity is proposed with a given area of sqm that could be further modified and divided. The continuity of the ground floor, precisely calibrated entry sequence, and different degrees of communality and intimacy to try to develop new spaces which will allow the new meaningful social connections beyond the biological relationships to happen. 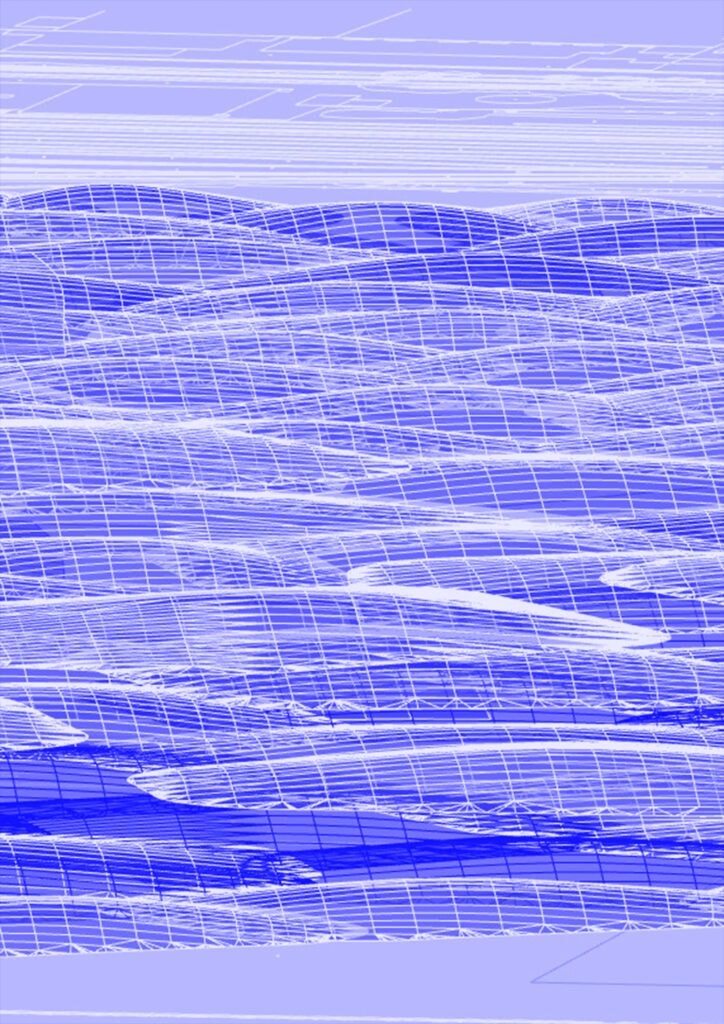 landscape: agricultural past of the site 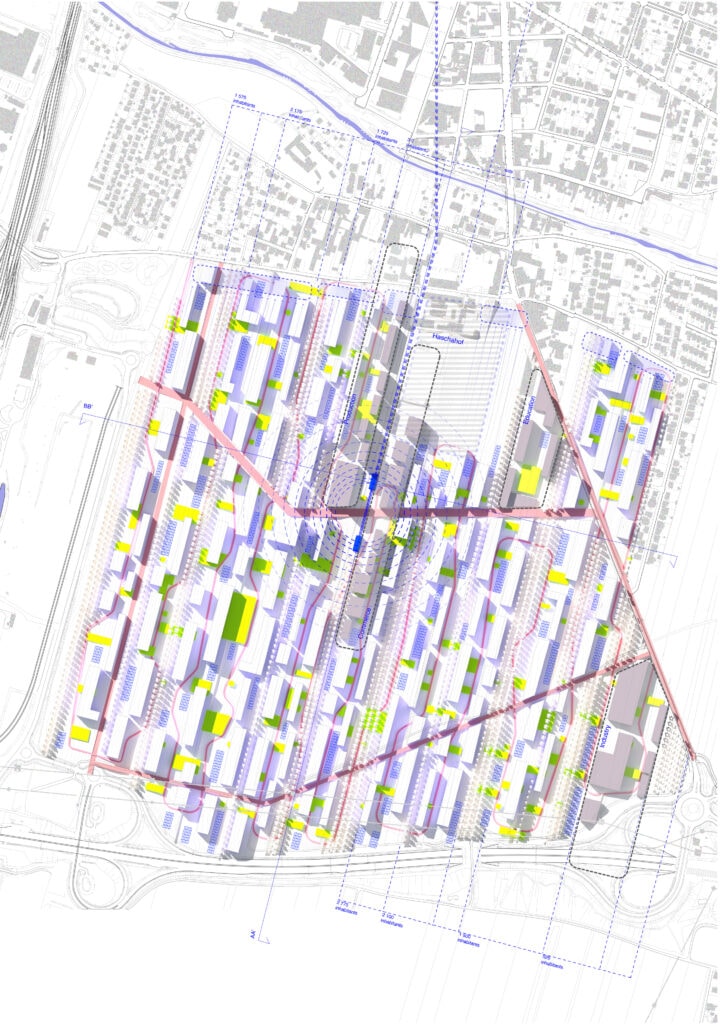 site: the spatial organisation of the fields 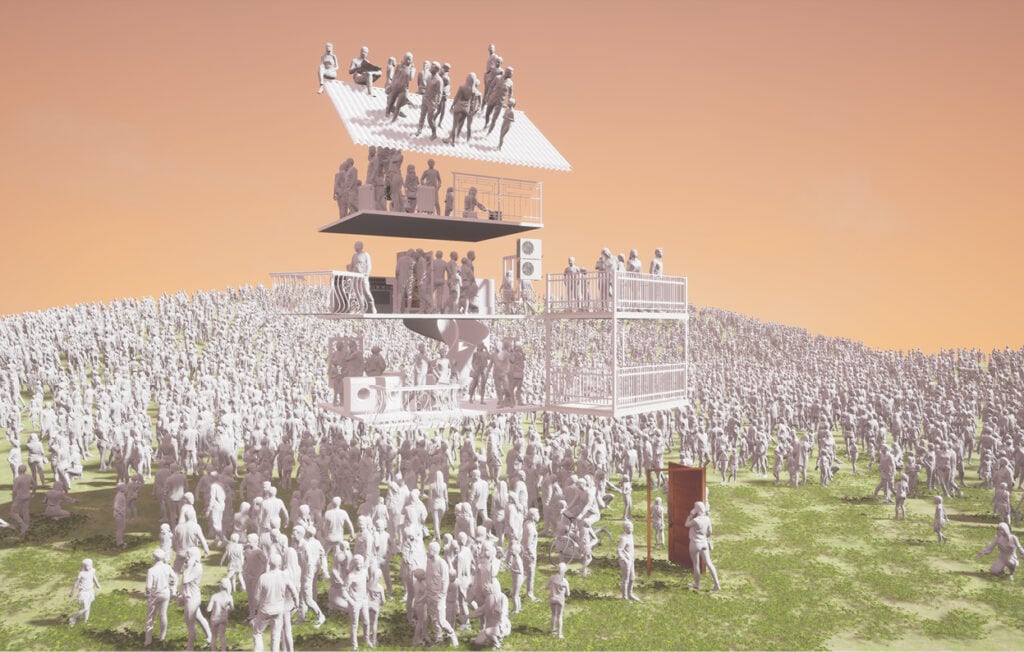 how to live together: collective care performed beyond biological relationships

typological innovation: thresholds between the individual territory and communality 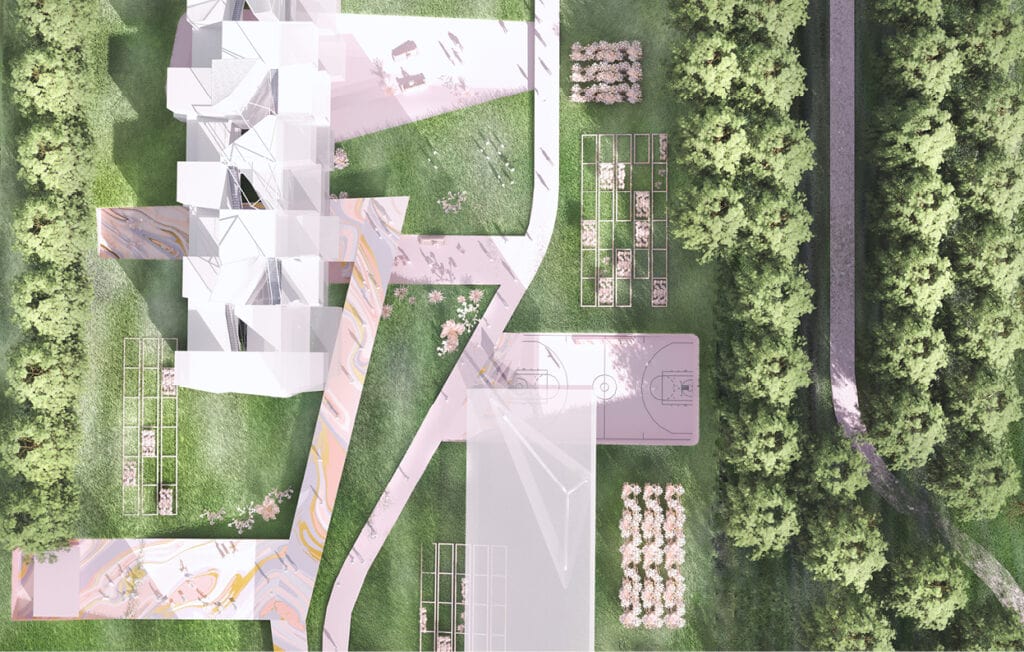 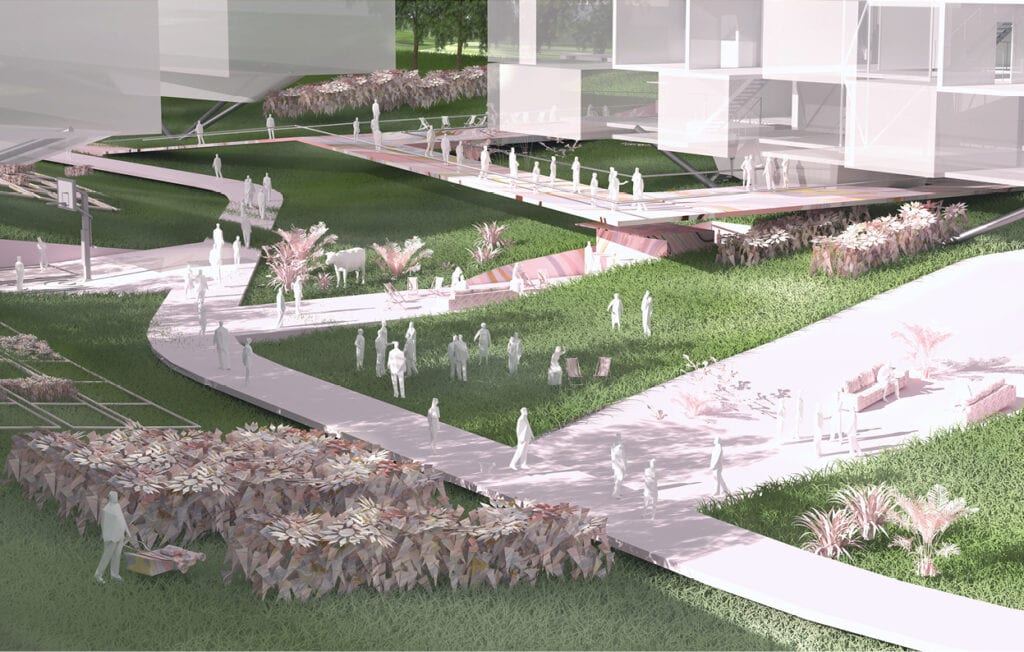