Critias. The tail of the future: an underwater world 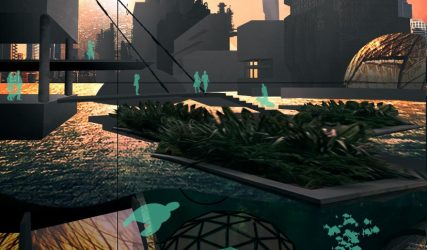 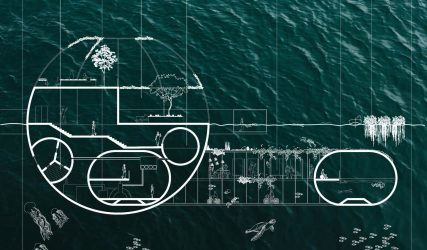 Institution / Company: Graduate in architecture and urbanism at the Federal University of Rio de Janeiro.

Institution / Company: undergraduate in architecture and urbanism at the Federal University of Rio de Janeiro.

Institution / Company: Graduate in architecture and urbanism at the Federal University of Rio de Janeiro.

Critias is a vision for an inevitable world, where we no longer resist changes, but reframe our way to relate to natural resources, expanding our vision to new surfaces and dynamics. The objective is to create an adaptable livelihood, designing structures that transform pre-existing buildings and the city’s non sustainable logic.

Climate scientists project that the seas are likely to rise between 0.60 m to 2.13 m by century’s end, and Brazil, which has 18 of the 42 metropolitan regions located in the coastal area and where 60% of the population lives, will be brutally affected by these changes.

The name Critias comes from Plato’s character who tells the myth of a city overpowered by water, Atlantis. Here we begin to understand the many possibilities to crate from this scenario by re-thinking architecture and its fundamentals, designing in different levels of water – over it, under it, completely submerged or on pre-existing façades.