In-Between: The Device of Perception 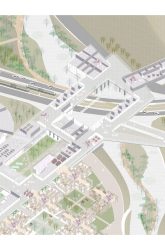 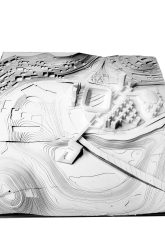 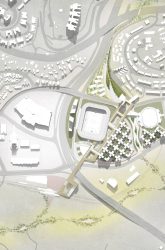 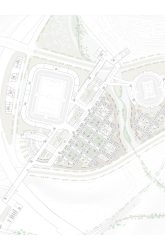 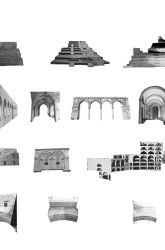 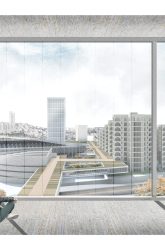 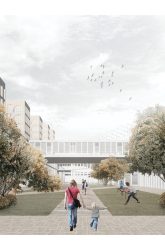 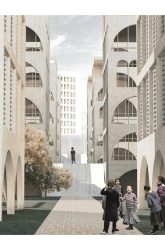 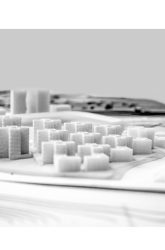 Jerusalem today is an area of nearly one million people comprising outside of its historic walled centre, with many of the characteristics of any modern urban region. The site Malha basin is one of them, which is now segregated by the highway, and occupied by two occasionally used institutional sports facilities, a stadium, and an arena with their large parking lots. It’s an abandoned place in-between the nature and urban, in-between topography peaks, in-between Jewish and Arab neighbourhoods, in-between institutional facilities with few public services for daily use.

Then the question is how to develop this periphery area of Jerusalem as part of the canonical Jerusalem and remain to the older ‘idea of a city’ while attending to its contemporary needs. The project then aims to define the city’s left-over space through reframing the existing civic life by introducing a composition of a public civic spine, a landscape corridor and housing programs.

The public civic spine is the skeleton of the project. It links the railway station to the new light rail stop, connecting existing public facilities, and embed more daily-use public services for communities and civic life, including non-dominant church and day care centre. The project borrows space-time architectural elements from the old city. The composition of housing, office buildings, stadium and the mountain in the background could be regarded as the analogy of the composition of Mount Olive and old city.