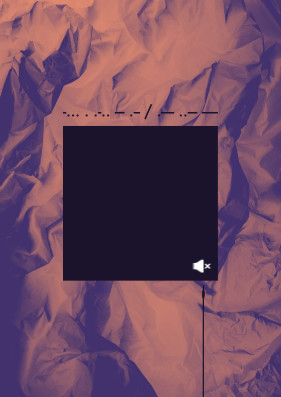 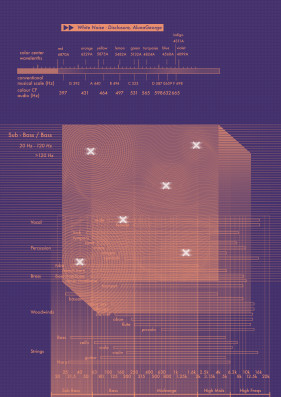 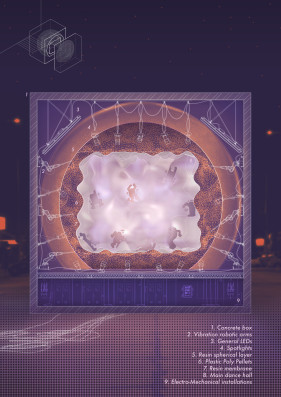 In absence of sound, vibrations and lights take over

What if the club was to deny sound and embrace genuine silence as the one and only commonly sensed language of entertainment?

To hell with music we say! (Fig.1) Let us create parasitic artefacts, black boxes next to established clubs, stealing their dj sets, their tracks and sound effects, reconfiguring them into vibration and light. The emerged atmosphere suggests the reinvention of dance as a kinesthetic experience detached from the universals of sound. The artefact is placed next and plugged to a club through multiple wires; each corresponding to a sound channel of the latter’s system. The drawn input is lowered below 120 Hz and then boosted up to produce intense vibrations which are then channeled to the interior membrane cell. (Fig. 2) The cell, made of a flexible material with an organic form, not only vibrates according to the input ‘sound’ but also creates constantly shifting cavities, welcoming the clubber to physically engage and fully explore them with her body. Additionally, the octaves are translated into light frequencies, creating an ever changing color ambience for the interior. (Fig. 3)