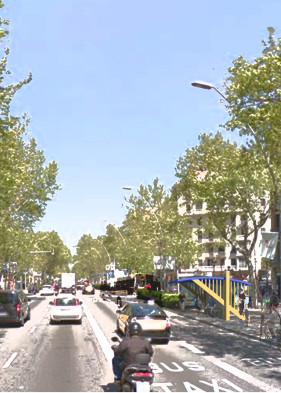 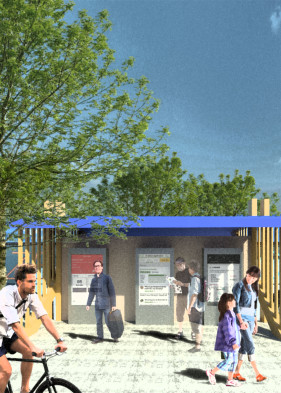 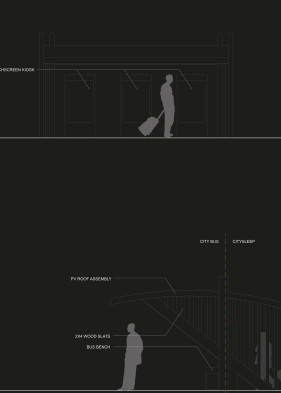 The proliferation of smartphones and the rapid rise of technology has rendered the standard hotel typology old- fashioned. The rise of apps that keep a hotel manager, concierge, banker, travel agent, etc. in the palm of one’s hand means that the hotel can move with each person around the city. CitySleep puts the hotel front desk all around the city, so wherever you are, you are never far from the information you want.

People now are more connected than ever, primarily due to the tine supercomputer in each pocket. While the younger generation looks to their phone for information, those that grew up before this paradigm shift seek a more stationary alternative. With this is mind, thank of the city of the 21st Century. That city has a public transit system, and these networks provide the base for CitySleep. Using a typical bus stop, CitySleep adds a layer of connectivity that allows the entire system to be converted into multimedia nodes for locals and tourists alike. This system concentrates apps like TripAdvisor, AirBnB, NextBus, Expedia, Skyscanner, Yelp, etc. into a protoype that can be replicated and expanded into a city-sized smartphone that is available wherever one can get on a bus. It integrates seamlessly into the urban fabric, and allows cities to brand their urban environment with eye- catching architecture as part of a citywide system. These kiosks also allow for digital, interactive advertisements to be added, allowing local busniesses a new avenue to reach new customers. This also creates an additional revenue stream for the city as well as a way to diseminate vital city information.

Imagine a city where all you need is a bus stop to find the next undicovered restaurant or bar. Imagine a city where travellers can find a place to stay on a whim. Imagine a city that is plugged into the desires of the citizenry and can react with policies that can keep it competitive on a global scale, and vibrant for its residents and visitors alike. These cities are possible, all they need is a bus stop. CitySleep takes the functions of the hotel concierge and the phonebook and utilizes the public to crowdsource the best in local eateries, retail, and attractions.

Enjoy the city as the locals do.