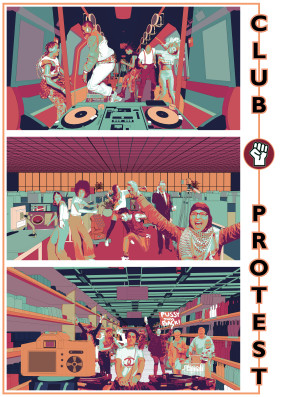 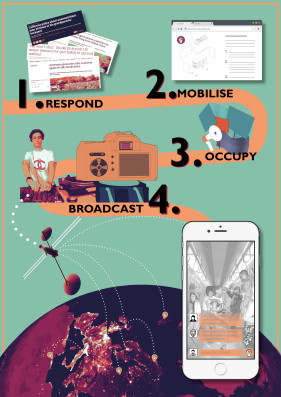 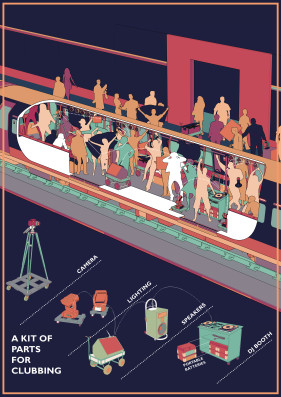 Clubbing as a form of protest

Recent political and social shifts have reawoken the spirit of protest in many who are looking to challenge a broken system. Traditional protest often take the form of marches, strikes or occupations aiming to peacefully disrupt space. Clubbing culture has often been generated by the marginalised and alternative, offering space for expression and freedom.

I propose to align the cultures of clubbing and protest by providing a toolkit to occupy space. This comes in the form of an online platform, with opensource designs for cheaply adapting the components required for clubbing, into mechanisms of protest. The aim is to infuse the mentality of freedom and liberation from clubbing into the disruptive, combative nature of protest.

Utilising digital tools lies at the heart of modern protest as a way to collectively record, organise and mobilise. The same can be said for modern dance culture which utilises streaming to widen participation. Through this platform protest movements can broadcast their clubs in a boiler room-esque live stream, widening the reach of their audience. Club protest acts as a bridge between these two cultures, highlighting their fundamental similarities, and offering a means to mobilise, occupy and broadcast.