Cooking in the community 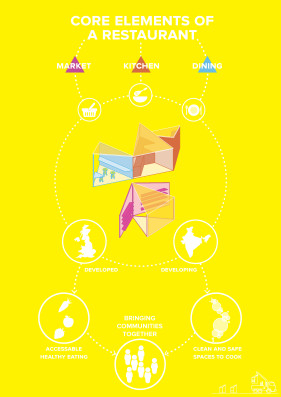 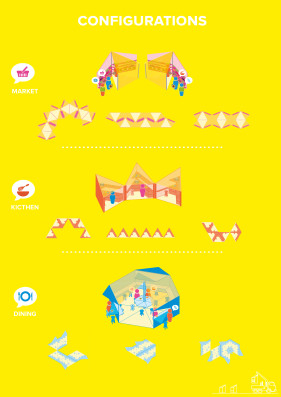 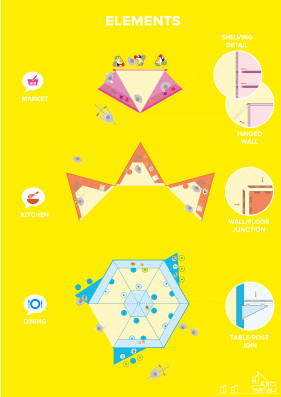 By distilling the core elements of a restaurant into Purchasing, Cooking and Eating, we have created a series of pop-up pavilions to bring cooking to the streets.

Over four million premature deaths per year are caused by exposure to smoke while cooking on open fires and stoves. This is one of the only available methods of cooking within the developing world.

The structures are easily assembled and reconfigured from triangular panels of chipboard allowing them to function uniquely in response to their host community’s needs.

The lightweight, flat-pack structure allows communities to assemble them independently, whether they are a pop-up within a city, installed permanently in a village centre, or being used temporarily for aid.