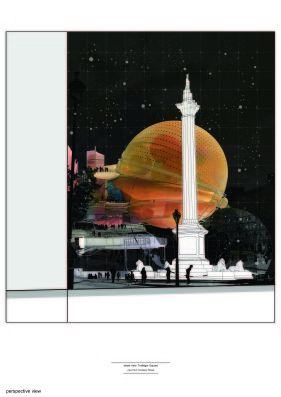 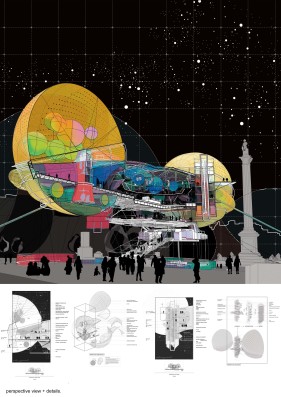 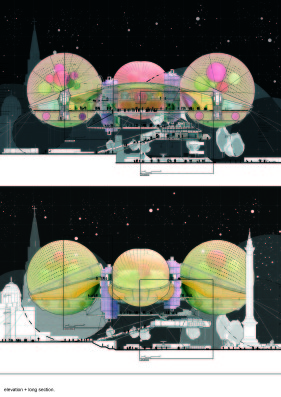 The project is a portable, temporary nightclub that can be deployed in Trafalgar Square, hover over Paris, or set up on the outskirts of Berlin or Lisbon.

Activating the part of the city in which it is deployed, it brings the supposedly ‘subculture’ of

clubbing out into the open as a spectacle.

Music has always been about the communal act of sharing ideas and experiences, and this

project comes at a time when we are losing the cultural infrastructure needed to participate. Don’t Burst my Bubble will bring the nightclub out of the basement and into the sky as a symbol of the fantastic part of our culture we are in danger of losing.

assembled onsite. Connected together they create a nightclub for 2,400 people, balance is

controlled by expanding and contracting gas bladders within the four main balloons that act as part of the spectacle responding to the audience movements within the club.

“There is enormous power that resides in the ephemeral event. An altogether normal place in the city, for a brief moment in time, can become somewhere very special.”