FACTORY OF THE ABSURD 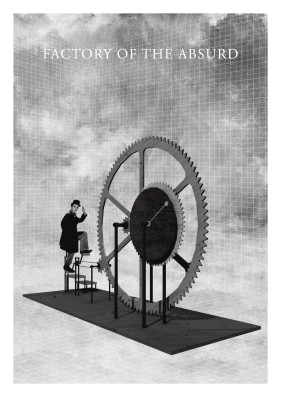 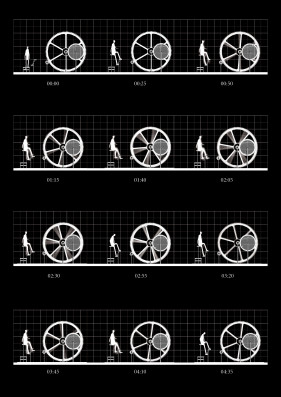 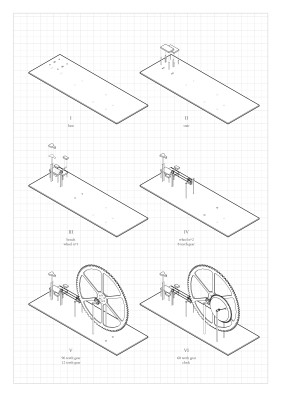 In our capitalist system a factory means more than manufacture goods, it means to manufacture goods efficiently. In terms of production, goods are produced at their lowest possible cost and labor are performed with the greatest possible productivity. Efficiency needs to be measured, it needs an instrument who dictates frequency, productivity and discipline, the clock, becomes then, an instrument of coercion.  Time is money. The facture of the absurd is a machine that measure the passing of a time. The power source is produced by a human operator, and so, he is the one in the wheel dictating the productivity. If the man is tired, time slows down, if the man is in a hurry, so is the time. Therefore, this is an ironic factory, because it’s not interest in the logical (meaning simple and effective) but only the absurd, since it measures time in an obviously ineffective way: If this machine was operated in 60 rpm it would generate 1 minute in the real world, but humans wouldn’t be able to keep the same rpm for a long period of time causing an arrhythmia, consequently, this is more than a machine or a factory because it questions the way we’ve been ruled by time, and more specifically: the clock.