A FACTORY OF TANGIBLE STORIES 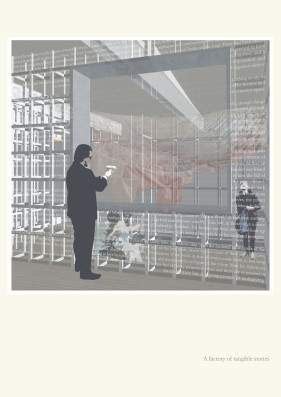 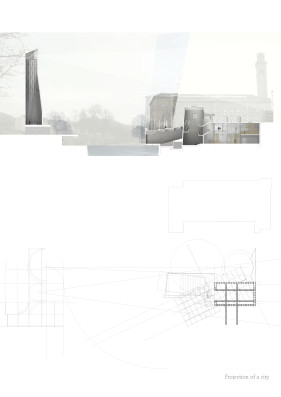 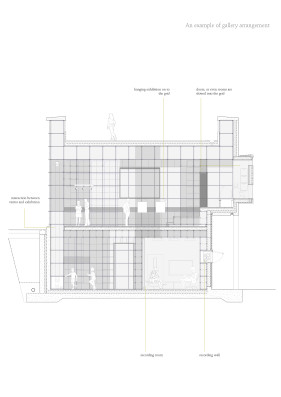 In this capitalist-dominated era, the aim of a factory is to produce goods as efficiently as possible, regardless of how useful the product is to human wellbeing. This efficiency seldom extended beyond provision of standard needs. While according to Sartre, human own things to enlarge a sense of self. If a possession meant so much to our identity, isn’t the factory of the future will be focused more on answering the psychological and philosophical wellbeing of human instead of merely fulfilling economical aims?

While also resisting the digitalisation of our possession, I therefore propose a prototype of factory of tangible stories, situated in the banks of River Aire at the edge of the heritage boundary of the city of Saltaire. It is a place where people’s daily life are recorded (either visually or aurally), performed, exhibited, and stored. Rod-shaped metal modules welded together to form vierendeel trusses supporting the building. Rooms, shelving units, or services are then ‘slotted’ into this ‘grid’. With consideration of immediate physical and environmental context, the glass facade are made to raise awareness of the historical nature of the city as well as creating a visual metamorphosis as the archives are being filled-up.