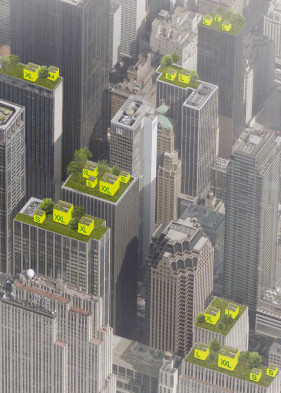 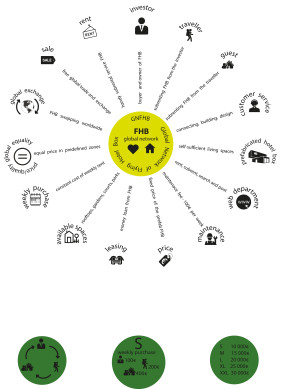 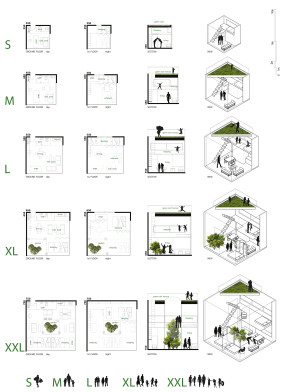 There once was a carpenter in Copenhagen, Denmark who proposed to build a small house in his neighbours backyard, at the price of 200.000kr (30.000 euro). He was going to build it and pay the price. The only thing he wanted in return, was that his daughter would be allowed to live in the house for 5 years, during her university education. After that, the house would remain at the ownership and backyard of his neighbours.

Flying Hotel Box FHB is a global network of sleeping boxes using available spaces in a city or all over the planet, where the law allows the box to be placed. The box is a prefabricated living space. There is a customer service, web de- partment and maintenance system that keep the FHB always in shape, ready for sleeping and living.

FHB cost equal at certain zones. All FHB are connected in a global network and online community, so they function as one and this is the biggest hotel that ever existed on this planet. It is a worldwide connected sleepign spaces shared busi- ness. FHB can be purchased by an Investor at price S,M,L,XL,XXL. The payment could be done on leasing by a monthly payment or at once . A FHB consists of 52 liveable weeks. Each week can be sold, rented or exchanged globally by the investor, the traveller or the guest.

Owners of the FHB are FBHGN and the investors, they can sell FHB. Travellers and guests are renting and subrenting spaces.The FBHGN is an investment strategy, where everybody taking part makes a revenue of owning and sub-renting FHB on a weekly basis.

FHB itself is a ordable construction which is maintained by the FBHGN. The FBHGN is paid maintenance monthly fee, which supports the system and the maintenance processes.