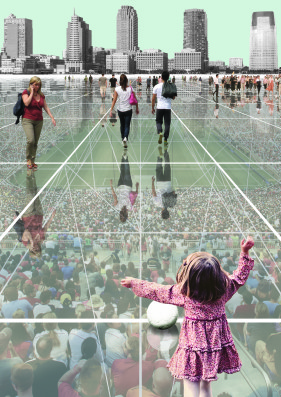 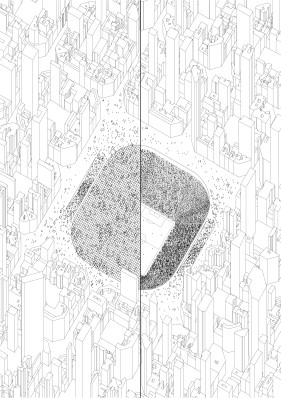 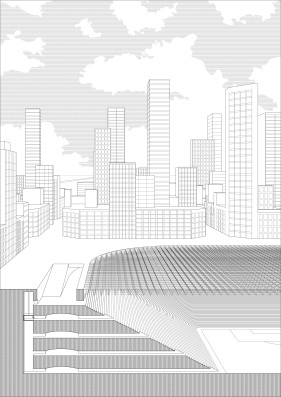 Towards a more inclusive experience of sports events

‘Football for Everyone’ is an urban strategy that challenges the way we collectively attend sporting events by proposing a much more accessible experience. Originally being public spaces and monuments of the city and its society, stadiums today are inaccessible to a large portion of the population.

Since the 1950’s, the transformation of sports into businesses has been manifested urbanistically in various forms. The rise of the private vehicle pushed stadiums away from the city centre into the suburbs where the land is cheaper to build. Furthermore, television broadcasting of sports provided greater economic revenue despite extortionate ticket prices, and has turned sporting events into a commodity that can be consumed from the privacy of one’s home.

The proposal addresses these issues with one simple gesture: the stadium is buried into the ground bringing its roof to street level, which becomes a large public square free to be used by citizens. Through its glass floor, passers-by can observe and simultaneously be observed, becoming performers in the spectacle. The stadium, as a social condenser integrated in the urban fabric, transforms a football match from an exclusive event into another facet of the everyday city life for anyone and everyone to experience.