Hotel as a Hospital 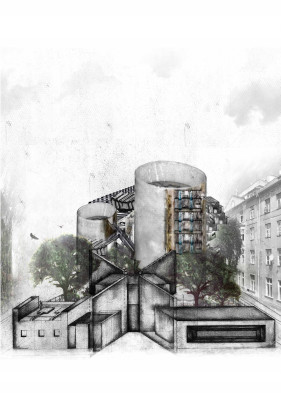 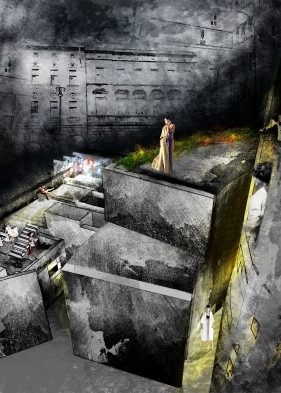 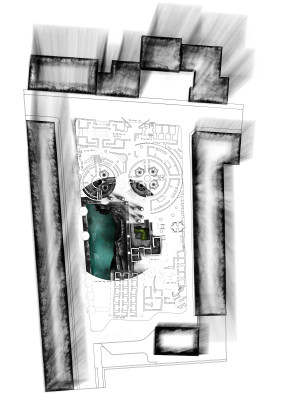 An Different Approach of a Hotel as a Hospital-Institution.
The ancient word ” foreigner ” is linked, directly to the Latin-word hospes “The Guest” and

the hostis which means “The Enemy”.

The word foreigner get evolved in two important meanings, the negative one, which is the unknown and sometimes dangerous foreign and the positive, which is the meaning of the visitor from another country or town.

Later, the word was used as cognate word referred to those who professionally provided hospitality to strangers, like hotels and afterward in hospital acquired special use.

The approach of the proposal is to unite the above properties, namely the properties of hotels and hospitals-institutions.

It is a building intended to people who suffering from mental and personality disorders. The design of the building is based on a resolution of investigation on the mental disorder; obsessive–compulsive OCD. Standards and rigorous program, geometry and a series of rigid are some of the characteristics of OCD patients which influence to the proposal design.

The Rooms of the hotel are adapted to the needs of these people and not only of OCD patients but also to the autistic and patients who suffering from bipolar disorder. Rooms, which are developed in the area have the aim to serving the needs of patients.

Reception for people who have the purpose to enter into the hotel-institution, necessary diagnostic rooms where the problem can be defined, reception areas for visitors, public kitchens and restrooms, are some of the areas of the complex. Also entertainment spaces are take place in the site, such as theater in the central area of the site, shops and gallery are also included in the additional program.

The proposed hotel is in conflict with the hospital, connect areas of creating a different approach to the construction of two buildings at a total proposal. In order to balance the coldness of the hospital and the professional approach to the provision of abidance from the hotel, by the real definition of hospitality.