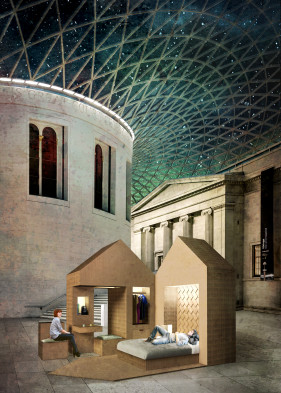 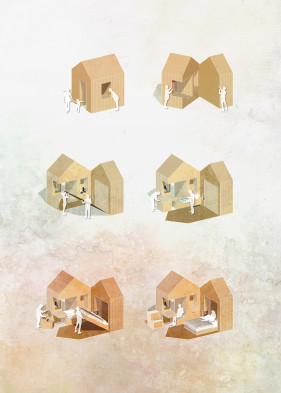 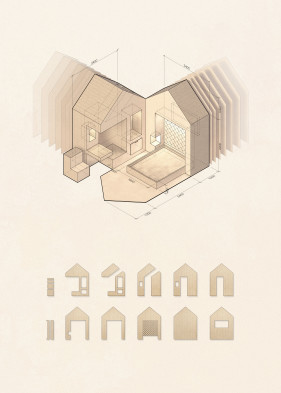 turn your favorite venue into your home for the night

A traditional hotel, when located in an urban area, provides its guests with somewhere to lodge while being close to shops, restaurants, sights, concert halls, museums and much more. It is an economical and e cient way to organize rooms in regards to energy consumption, safety and logistics. But most hotels are hardly ever lled to capacity and even the hotel rooms that are rented out stand empty for most hours of the day, merely taking up space in an urban environment.

hotelbox is nothing like a conventional hotel. Instead of occupying valuable space in the city, it simply converts existing buildings into temporary places to reside. Imagine having the opportunity not to just visit, but to also spend the night at a world famous sightseeing spot, in a beautiful museum, your team’s home stadium or even at the zoo or the aquarium. Many of these places are bustling during the day but are completely empty after closing hours. They are dry, heated and safe and could be extraordinary places to spend at night – hotelbox makes it possible.

During daytime, hotelbox establishes its place in the designated location as a pavilion taking on the familiar shape of a pitched roof house. The whole structure is made of corrugated cardboard, an inexpensive and lightweight material that makes the construction modest yet robust as well as easy to interact with.

At night, hotelbox unfolds and reveals a spartan but essentially equipped “hotel room” for the overnighter(s) to enjoy. Built-in lights glow through the edges of the cardboard and create an ambiance that de nes the space and the openness lets the guests fully appreciate the whole room. Just as memorable as a night outside under a starry sky is, so can the nightly experience at a world famous venue be.

The concept could be applied in many di erent ways. One idea is for a single or a few units to pop-up and become unique happenings at famous sites around the world. Another is to o er companies or stakeholders to invest in hotelbox as an exclusive and more permanent alternative to a traditional hotel. Either way this concept could become a viable choice for a wide range of people due to its simplicity and exibility.