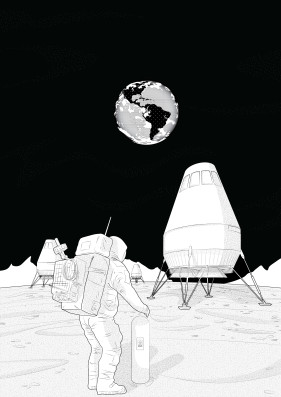 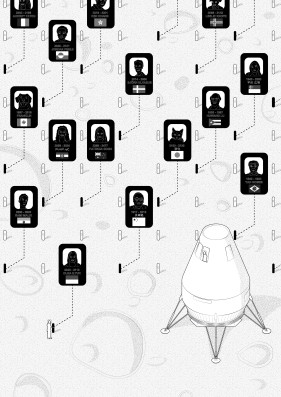 The Moon is the Graveyard

The future of accelerated population and urbanization proposes a challenge for the burial of the dead: there will be no more room on the planet of Earth.

The graveyard of an increasingly densifying but technologically advanced human Earth demands for a new relationship to our Moon as a permanently orbiting natural off-site satellite. Most importantly it is Earth’s empty property.

The Lunar Grave Capsules transport grave modules from sites around the world to an astronomical graveyard. An astronautical grave keeper transverses between our Moon and our Earth to insert each grave into the surface of the Moon.

All remains of love ones now reside above us together in a permanent orbit. The Moon rises in the night as a new symbol to humanity – a subtle but shining monument visible from all places of the world that celebrates those who have left us on Earth.