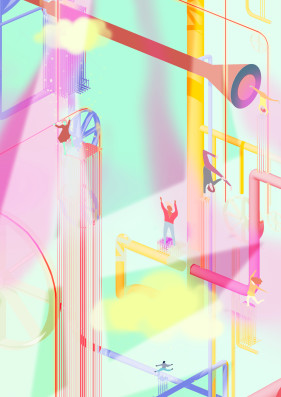 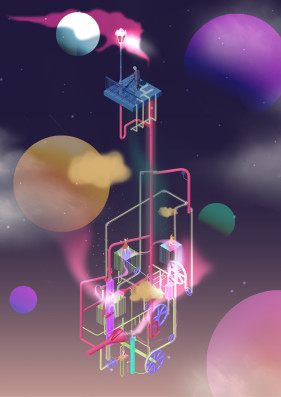 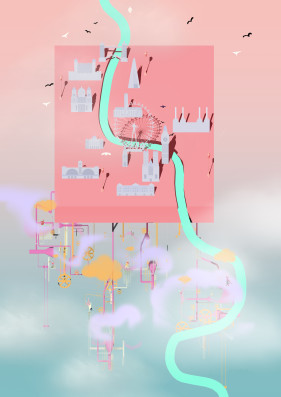 Move your way to meteorological madness.

The tap of a toe clouds the sky pink, the sliding of your moonwalk triggers a shower of meteorites and bouncing through the Macarena unleashes an avalanche of snow.

As the club dancing gets wilder, a symphony of machinery jumps into action, releasing increasingly spectacular meteorological conditions onto the dancefloor. When the cacophony of climate saturates the subterranean club, it seeps through a network of pipes and cracks into the city above. Ordinary parts of city life glitch to betray the underground activity – a lamppost becomes a release for giant tasty clouds; cracks within the cement give way to glowing lava streams and effervescent mist shoots out of fountains.

Those who come to the club, create the club. Their movements create their environment. They become the central phenomenon of not only the dancefloor, but of the surrounding city above. A series of sensors and pressure points respond to different movements, which build from the tapping of a foot to trigger a puff of tasty mist to an explosion of lava out beyond the club.

Expect 40km per hour blizzards with pink spells and a 95% chance of volcanoes. Boogie your way to meteorological madness.