Museum of all museums 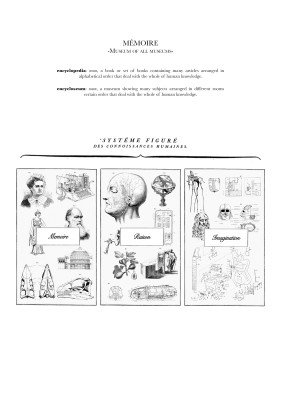 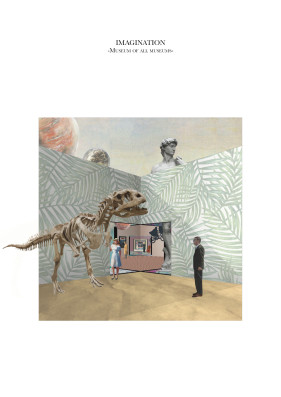 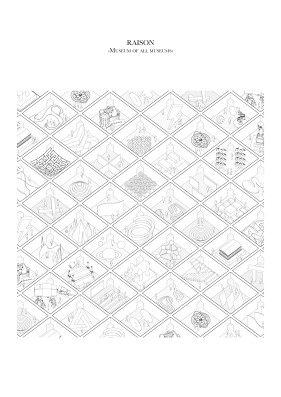 encyclopedia: noun, book or set of books containing many articles arranged in alphabetical order that deal with the whole of human knowledge.

encycloseum: noun, a museum showing many subjects arranged in different rooms that deal with the whole of human
knowledge.

In 1751, Diderot, d’Alembert and other enlightened tried to compile all human knowledge in 28 books, giving birth to the Encyclopaedia. Today, in a fast-expanding world, Wikipedia contains 5,45 million articles (2294 books), impossible to grasp in a single human’s life.
At the same time, we have witnessed an expansion of the role of museums. Everyone wants their own one. There are more, they are bigger and they cover a greater range of topics. Museums are the churches of the XXIst century.

Is this the way to go? Is there something to learn from the Encyclopedia?

We propose the museum of all museums, a container of all topics. A matrix where all human knowledge is intertwined, where no topic is more important than the next one; gathered in a logical, non-hierarchized geometry, an array of spaces that can embrace any future topic.

Borders between disciplines are blurred, establishing sinergies just like in modern life. Therefore, a visitor can find Greek Architecture next to cinema or dinosaurs next to sculpture. Thus, new connections between topics aparently unrelated are now possible.