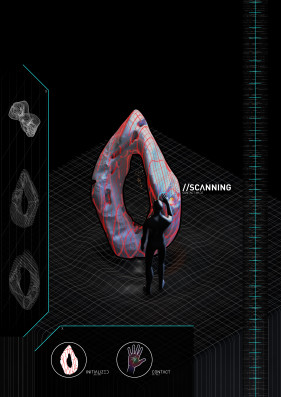 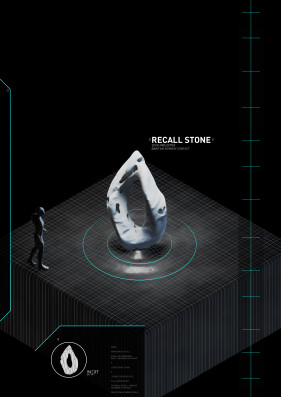 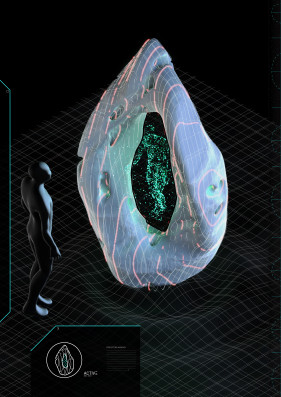 In the near future amidst the hypermodernity of the urban fabric, there remains a necessity to satiate an innate human characteristic: the need to remember. As a response to escalating climate change, societies have densified themselves, compelling a redevelopment of historically standard architectural typologies. One of the most wasteful under this new lens, yet the most humanly intrinsic,  is the cemetery. Abstracted to the very experience of memory, the vast expanse of 21st-century deathscapes were consolidated into high-performance objects, separate from the material representation of passing.

The Recall Stone, inert and porous, is an object representative of the emptiness experienced by losing someone. Upon approaching the object, the accumulative memory of the dead is scanned from the user(s) input. Once activated, the charge of memory is experienced in a projection, filling the cavernous pores with a fulfilling experience for those seeking to remember. The artifact’s solid-void state symbolizes the harmony of life and death. The memories users bring to the stone breathes life back into its voids, the dead, and those who’ve come to mourn. This is a reminder required for effective healing for those still living. However, the confinement of the stone delivers the indisputable certainty of death; There is no escaping it.