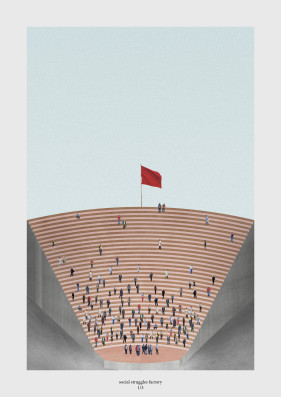 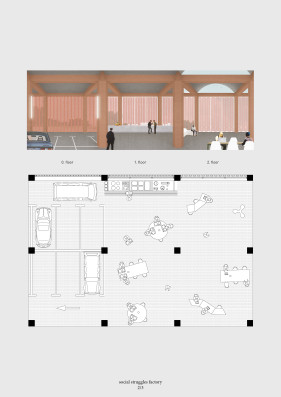 Reviving the non-productive characteristics of the factory

Factories spread across the western world during the 19th and 20th century, in order to produce manufactured goods on an industrial scale; they were also places of socialization and gave access to social services. Gathering people sharing the same conditions and workplace, it quickly became the main scene for social struggles. With factories, workers acquired new rights, such as occupational health-care, job security and paid leave.

Today, the labour market seems more and more fragmented, with former workers now being under the legal status of self-employment. This mass of self-employed people is subject to competitive market conditions, inducing situations of precariousness, job insecurity and failures in preventive health follow-up.

Considering the non-productive characteristics of the factory and how the labour market is organized nowadays, our proposal is to create a place of gathering for independent workers where they would be offered services such as a canteen, legal aid, health-care services, co-working spaces and a public forum. Reunited in a common place, self-employed workers could unite to express social demands. This factory would be a meeting point for all the fragmented elements of the labour market, thus eliminating the competitive relationships they usually have to endure.