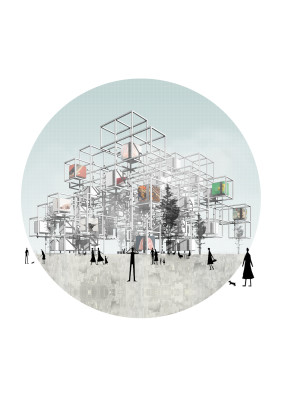 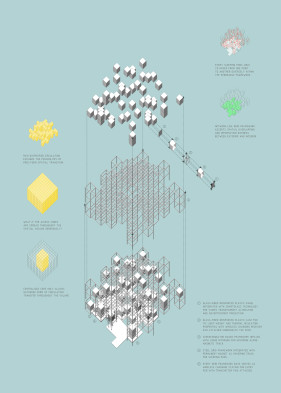 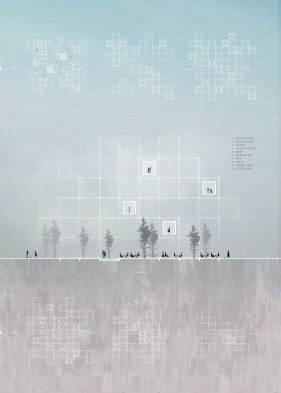 The Grid, an unconventional yet innovative hotel emerges as a reinterpretation toward typical hotel configuration. The project is seek to embrace a space of connectivity and exploration rather than just a solitary place to hold for habitation. It is meant to be a platform of information richness; like a network for congregation, interaction and exchange of idea.

The concept begin with the thought to break out from the shackle of conventional realm where centralise core set as the only efficient perimeter to transfer circulation throughout a building. What if all the access cores are spread throughout a spatial volume? By revoluting the conventional idea of vertical transfer for circulation, the idea of diversifying the transfer into vertical and horizontal throughout the permissible route for a free-form spatial transition.

Unlike typical hotel formation, there is no literal enclosure for The Grid. It is opened in all directions through the network-like grid framework toward its context which envisage the pure spatial transition between exterior and interior; encourage visitor to explore and discover its context. It is projected ambitiously as a three-dimensional open space where the overlapping activities are being performed by an archipelago of sleeping units and public spaces throughout the network atmosphere.

Since The Grid is possessed with spatial diversification, typical partitioned hotel rooms are replaced by hover pods which allow dynamic and flexible movement within the grid framework efficiently. The flexibility of The Grid allows its tenants to check-in through digital kiosks or shift and check their pods location throughout the framework with provided application on their mobile devices once they have completed their check-in.