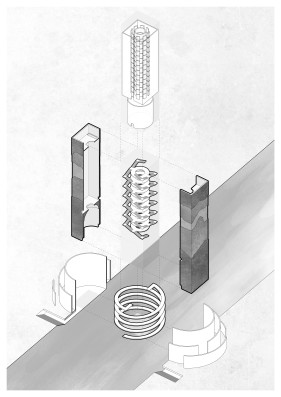 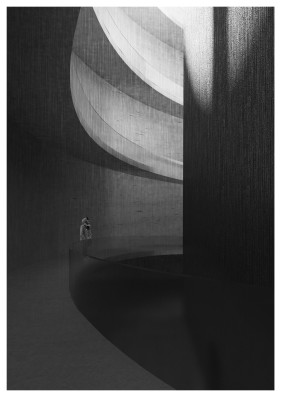 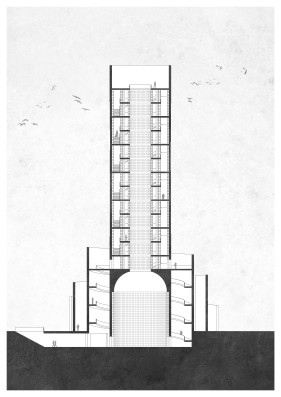 A path to Evolution

The project for the vertical cemetery is born with the intention of creating a strong and decisive symbol within the urban landscape in which it fits, for a new idea of relationship with death and our loved ones where the burial finds a new place of integration rather than reclusion. The idea and form of the Monolith is inspired by Nietzsche’s thought of the philosopher’s stone and its representation in Kubrick’s immaginary with 2001: A Space Odyssey. The tower presents itself as an object of unknown origin and surrounded by mystery, but which will prove to be the necessary tool through which to rise to a new conception of death that moves away from the common dogmas. The path we take to explore it is closely linked to the different phases of this spiritual elevation and evolution: starting from the underground entrance, the idea of death related to ground is slowly upset by the climb around and through the Monolith. In this way we pass through a series of rooms for urns and open spaces in which the relationship with light constantly changes, passing from a condition of total darkness to one of full illumination.