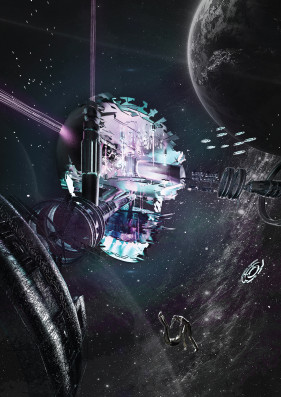 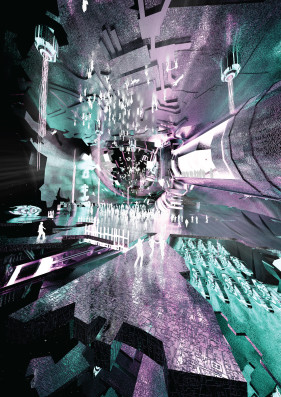 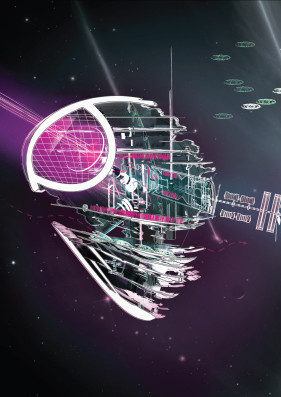 By 2079, space travel has become a common practice for humans. More and more people start to migrate to other planets for settlement following the invention of new space travel technologies. However, the travel time can be daunting and dreary and space entertainment became a necessity. Over the years, a self-powered floating space station built with space junk is now the most popular spot in the universe.

The station is equipped with climate generators, which provides oxygen and generates essential molecules for an atmosphere. There is artificial gravity through magnetics, which only activates when the user is physically touching a part of the station. It means that there’s no up or down in the station, wherever the user lands becomes the floor.

The space station does not belong to a single person or entity and maintains neutral on all aspects. Its unruly nature attracts party goers from all over the universe. There’s no set coordinates as the station simply drifts in the space, whoever finds the club may enter as they wish. Come travelers, welcome to the Uncharted.