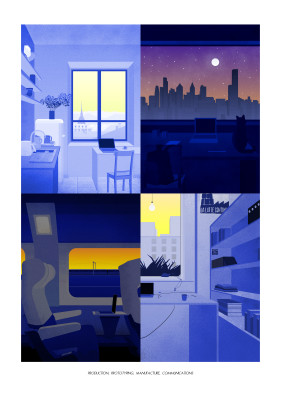 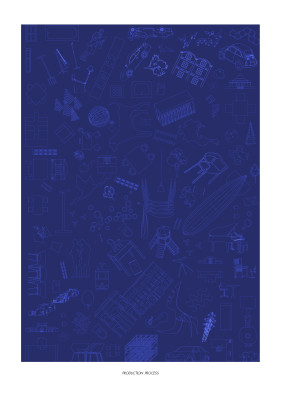 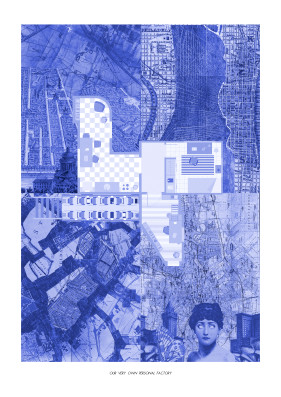 In the past, the factory was understood as the driving force of a territory; in contemporary western cities, the spaces of production have shifted to occupy the city at large, and by extent, the totality of everyday life. While work was once divorced from leisure time, young people’s precarious lifestyles draw no such distinction. Our cities, however, do not reveal this: the factory is always elsewhere – but can anyone say that urban centers are not productive?

The majority of people in the west nowadays are employed in the tertiary sector, producing services instead of physical objects. Internet and tele-working have completely changed the idea of productive space, leading to a totally new way of working and communicating, radically changing the concepts of space, time and distance. We are constantly doing, we are constantly working – yet to the factory worker of the early 20th century it would seem that we are always taking a break.

This project is an examination of the conditions under which intellectual and immaterial labor takes place for a new generation of young workers. By examining the spatial condition in which this very competition proposal was produced we ask: what is our factory like?