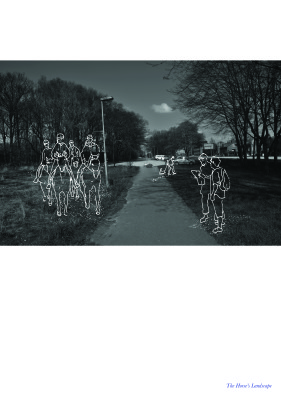 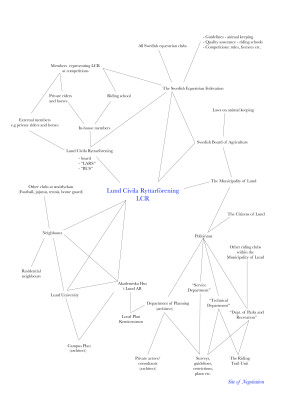 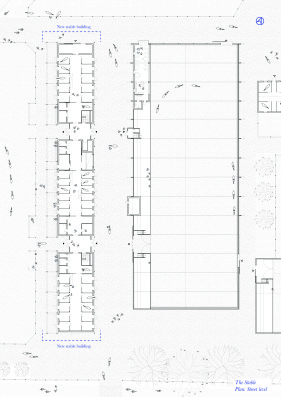 –  an investigation of a sport and post human “what if’s”

Lunds Civila Ryttarförening, LCR, is one of Sweden’s largest equestrian clubs with its facilities located as a riding centre in Lund. Discussions on whether the centre should be relocated or not have reached a standstill as it has been going on for about 50 years.
This is an investigation on how the centre could be developed meeting and integrating with its surroundings through different sub-projects or “what if’s”. As in “the Horse’s Landscape”, riding trails help the centre to spread out in its surroundings. Hence, these trails also become an asset for the football team, for joggers and those walking their dogs in the area. Horses might not be everyone’s common interest but through planning for something so very specific it’s possible to accomplish something beneficial in general.

Another sub-project is “the Stable”, providing the area with a new building in the existing context, making the built structure more accessible physically and visually, for both members as well as passers by.

To end with, the proposals are created through an understanding that a project depends: on the users and the physical site, but also on other actants beyond the objects at hand as shown in functional scheme “Site of Negotiation”.