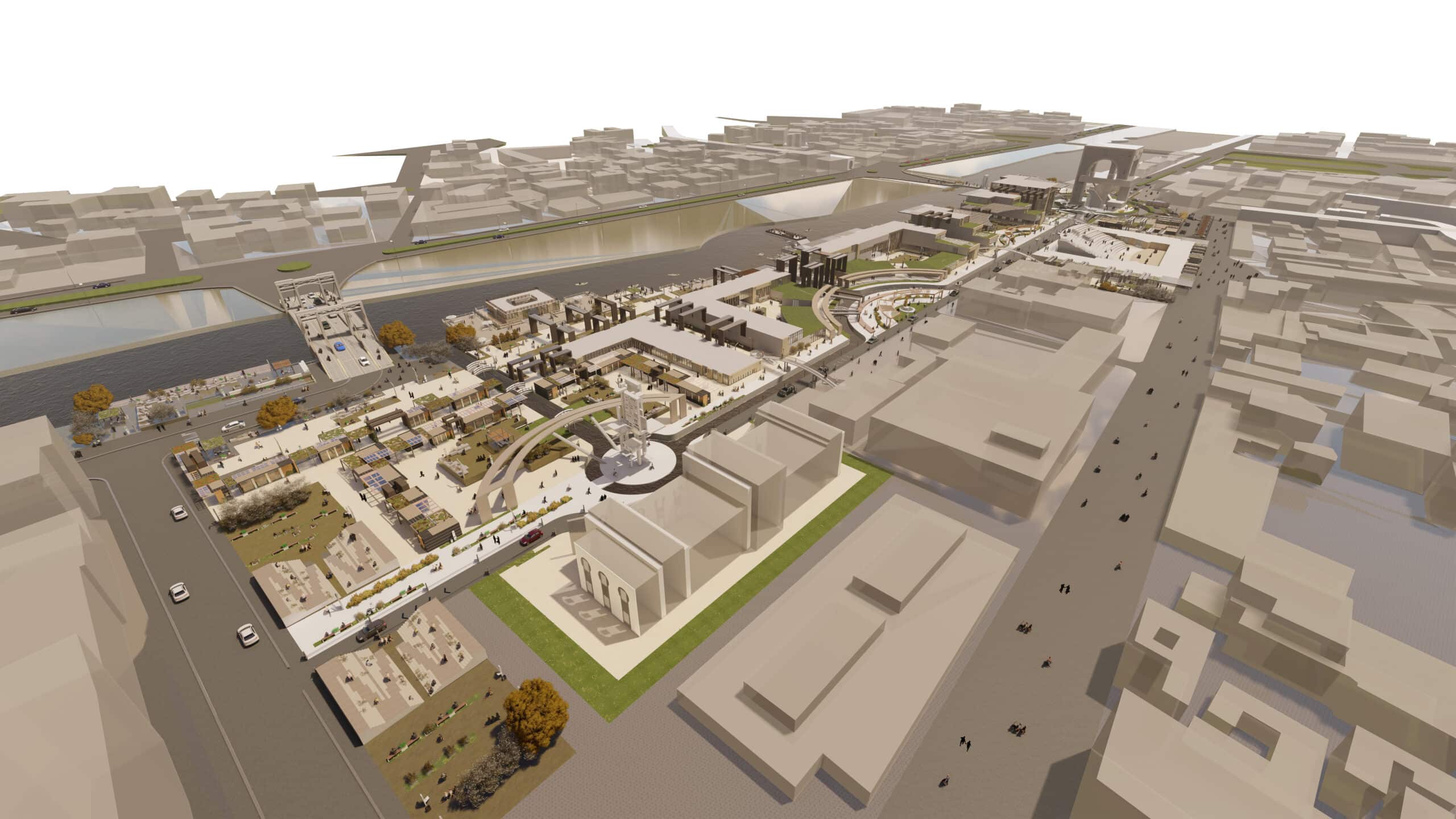 (The revival of the Babylon City Center (the ancient region) and the river bank) It is an attempt to revive the architectural spirit of the city center of Hilla, so that this region becomes a center that expresses the civilization and heritage of the city and contributes to attracting tourists, and at the same time it is a center for the development of the old city of Hilla in addition to being an outlet for the people of the city, and that is through…Treating the problems that have been identified in the studies phase and opening the horizon for investment projects so that this project will be a starting point for development projects to upgrade this area to make it suitable as the center of the ancient city of Babylon The project is one of the proposed projects in urban planning and the municipality in Babylon, as this area is part of the important city center, which is currently suffering from destruction, neglect and misallocation of activities. 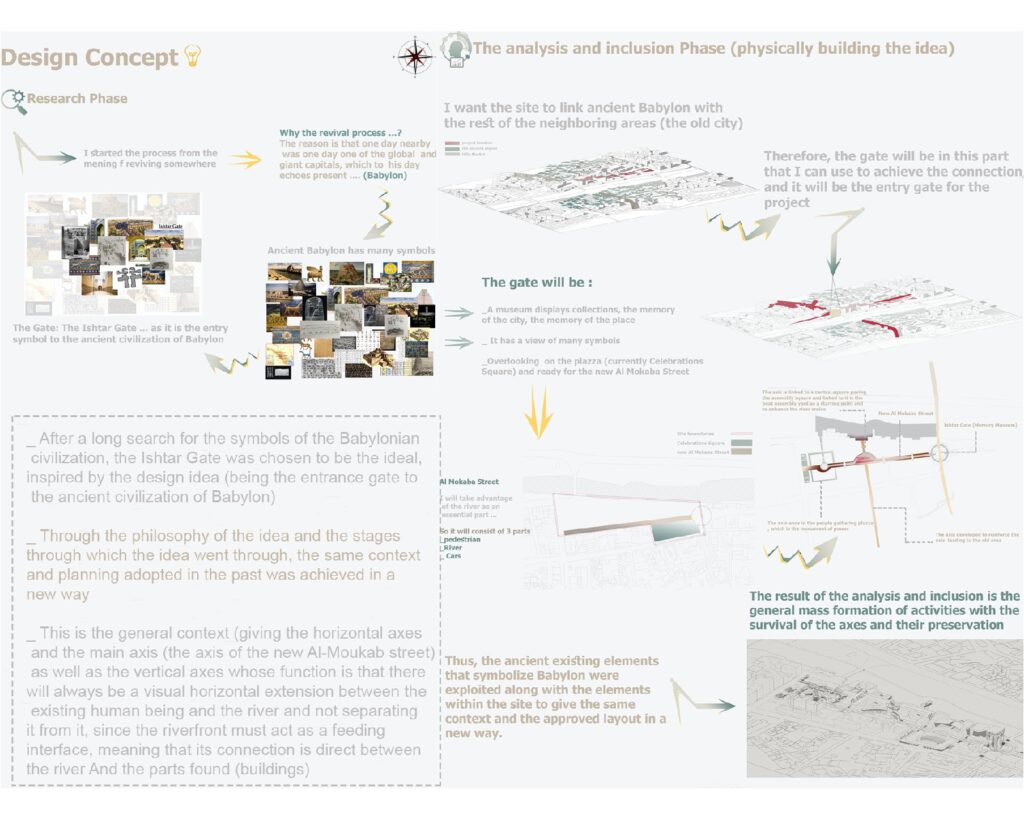 After a long search for the symbols of the Babylonian civilization … the Ishtar Gate was chosen to be the example from which the design idea of the project will be inspired by it, as it is the entry gate for the ancient civilization of Babylon, by giving the same context and planning adopted in the past in a new way. 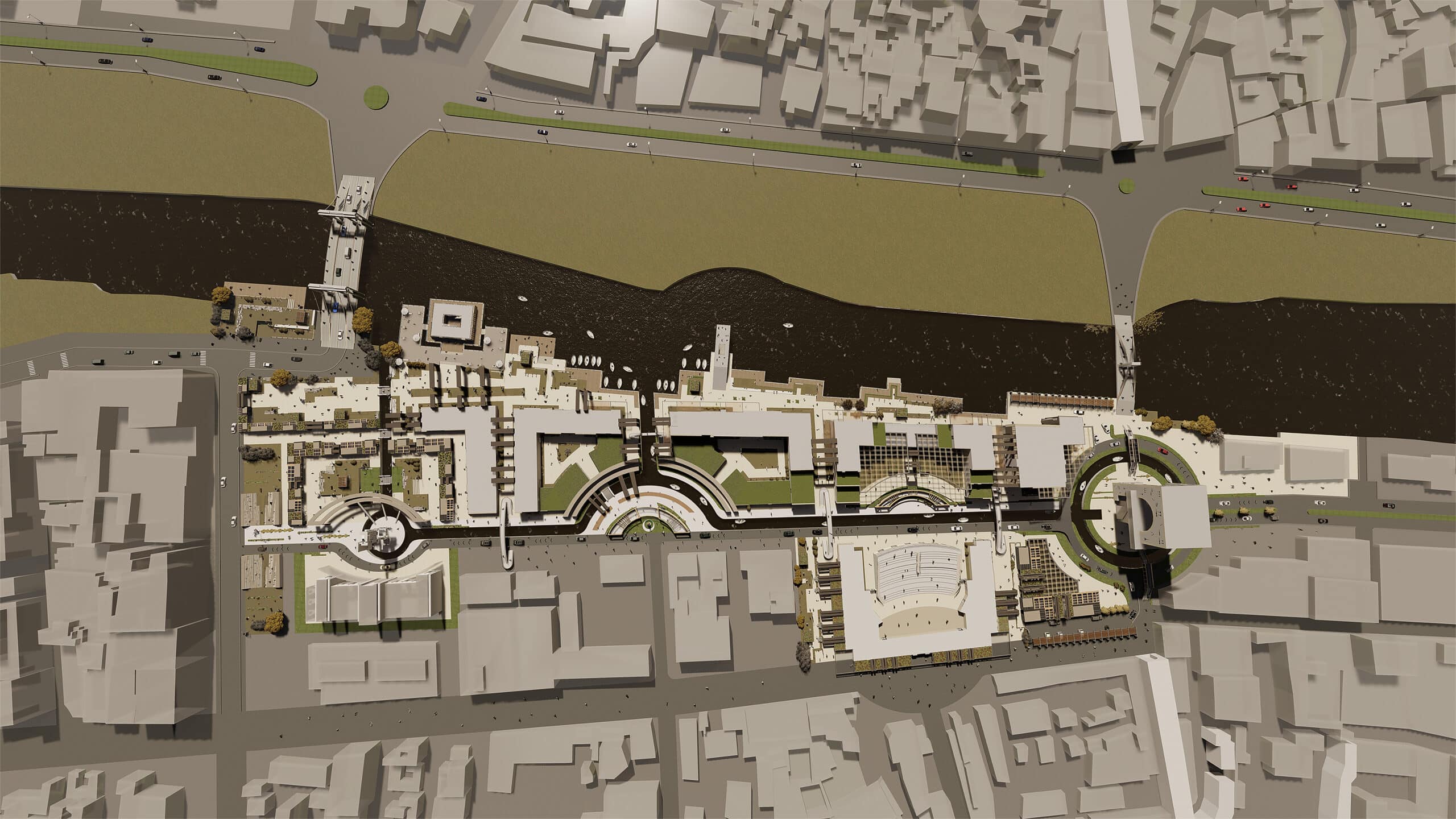 This is the general context, the horizontal axes, the main axis (the Al Maokab Street) and the vertical axes, and their function is that they always create a horizontal, visual extension between the existing human being and not separating it from the river.

So the idea relied on this part and it is directed by two main axes (the main one is the Al Maokab Street) and other secondary axes that flow into the riverfront, which gives life to the project. 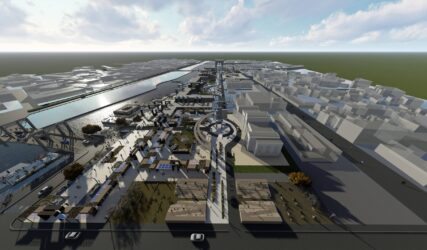 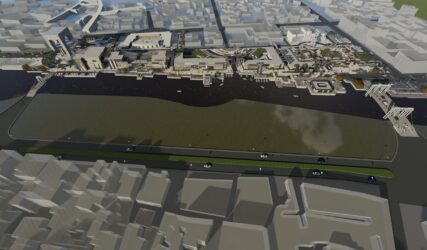 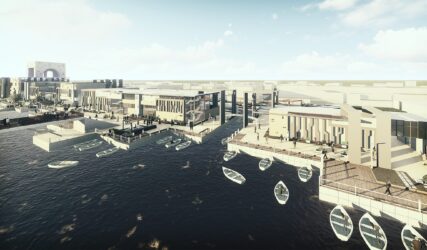 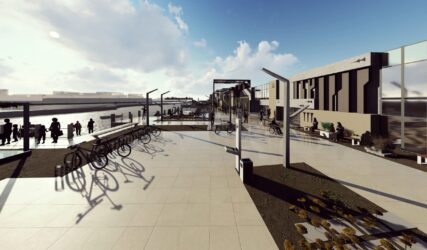 This is the environment that created (the heritage environment mixed with the modern environment) and the communication process was formed after it was non-existent, the project is an attempt to create a unified environment linked to the main river, the new river and the axis of the Al Maokab street, which is the beating heart of the project, in the project two main icons (the gate , And the monument) and between them the main activity. 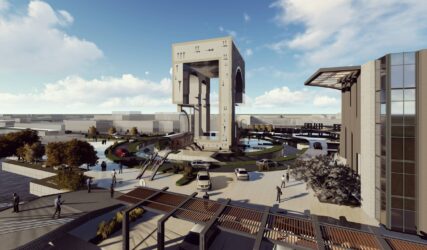 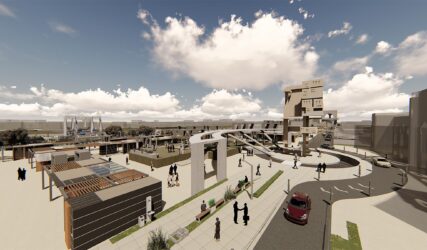 The gate connects four directions, and it is the entrance gate to the project, the gate will have a panoramic glass middle floor. Temporary exhibitions can be set up and the museum is suspended on the last two floors. 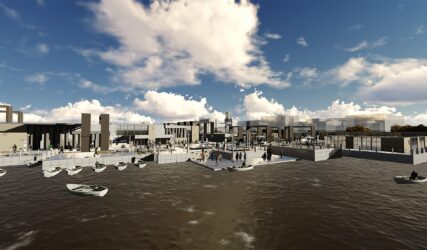 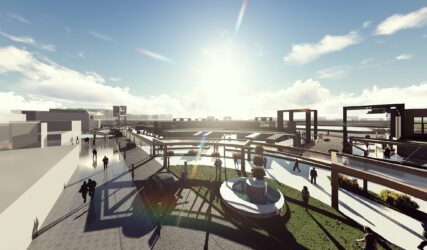 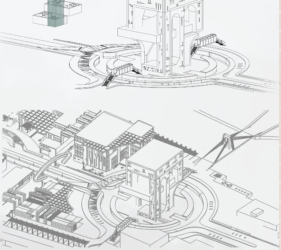 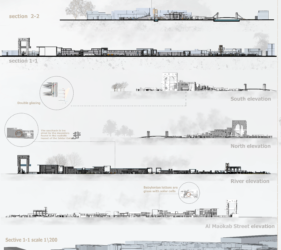 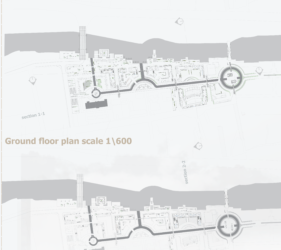 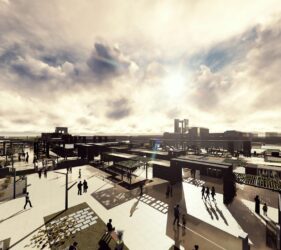 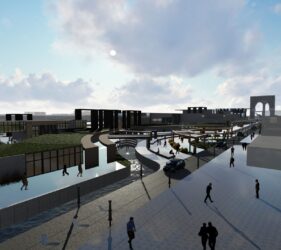 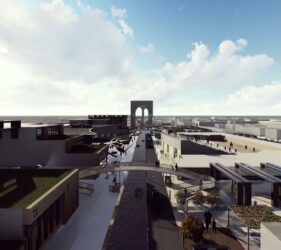