PLATANIAS IN REPETITION IS CONSTANTLY IN DEVELOPMENT: PUBLIC SPACE AS A BYPRODUCT OF CONTINUOUS PRIVATE SPECULATION

Platanias is a seaside town in Chania and the most touristic region of western Crete. The city is examined as an extensive list of exploitable areas where umbrellas, lawn, hotel rooms, swimming pools are constantly added, creating an urban tissue 2 km long. Given that the umbrellas correspond to the hotels-made space for coastal exploitation, the various facilities express their value in one and the same activity: the leisure under the sun. Now all commodities appear not only qualitatively equal but also as values whose magnitudes are capable of comparison.

However, as the coastal area emerges as a communal territory, the hotels can only be arranged in a row, eliminating any architecture that does not originate from the serial repetition of the narrow block. Looking for a type that is not a quantitative indicator but a qualitative one, the act of folding the figure/ground is used. On the folded coastal area, we notice umbrellas either unified in larger groups or subtracted from their adjacent, giving the impression of struggling against each other. Within this framework we set up four tourist infrastructures in order to reinvent the coastal front.

The process of recapturing space functions through successive plateaus of different thickness which, in order to be accessible, have to be excavated in the form of a narrow lot. However, given the fact that one plateau follows (II) and succeeds (I) another, not only is a place that remained from the recaptures, but one that is already utilized.

Since the exploitation of the plateau is affected to a greater or lesser extent by each recapture, the later constitutes an indicator of social awareness. To the extent that each recapture succeeds the previous one, the development is manifested in the qualitative differences between the excavated plateaus. Thus, private speculation acquires urban character. 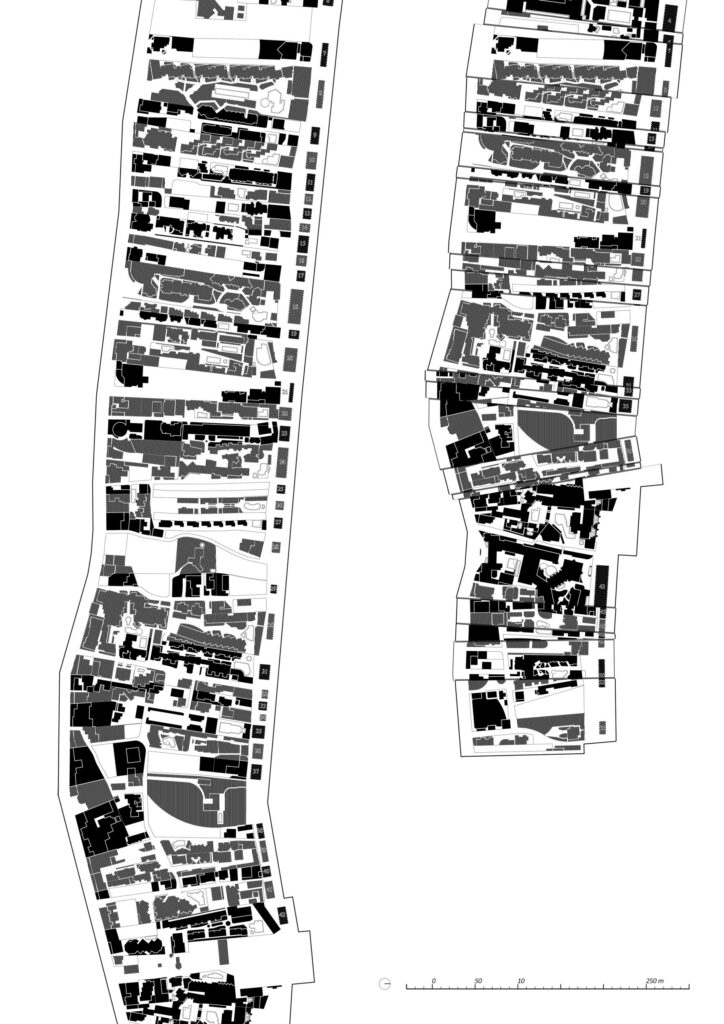 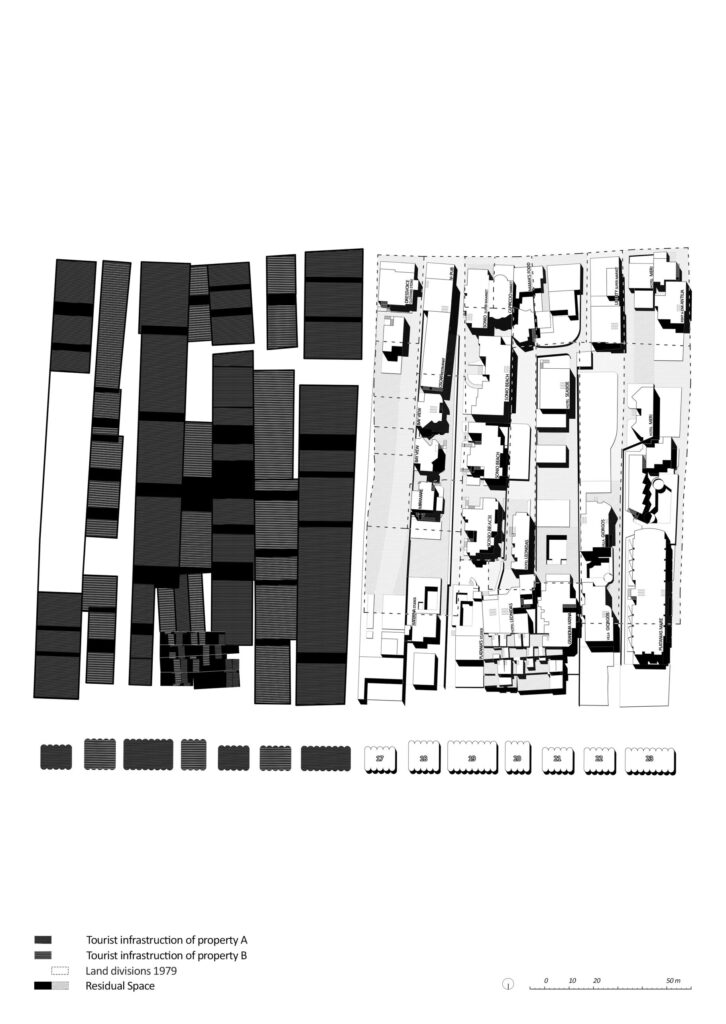 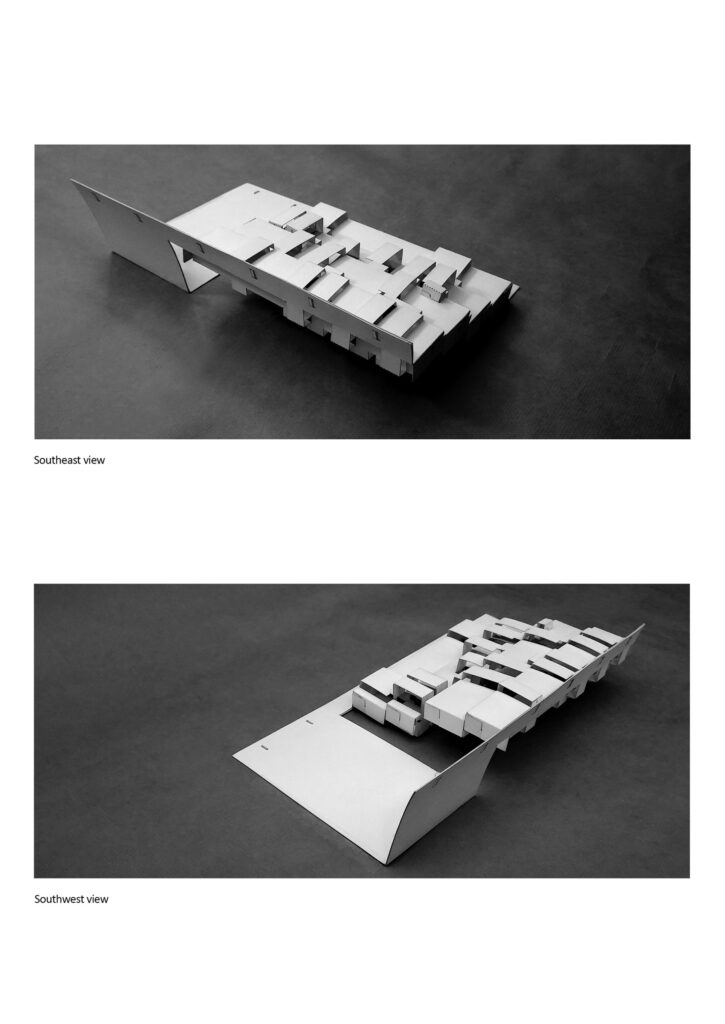 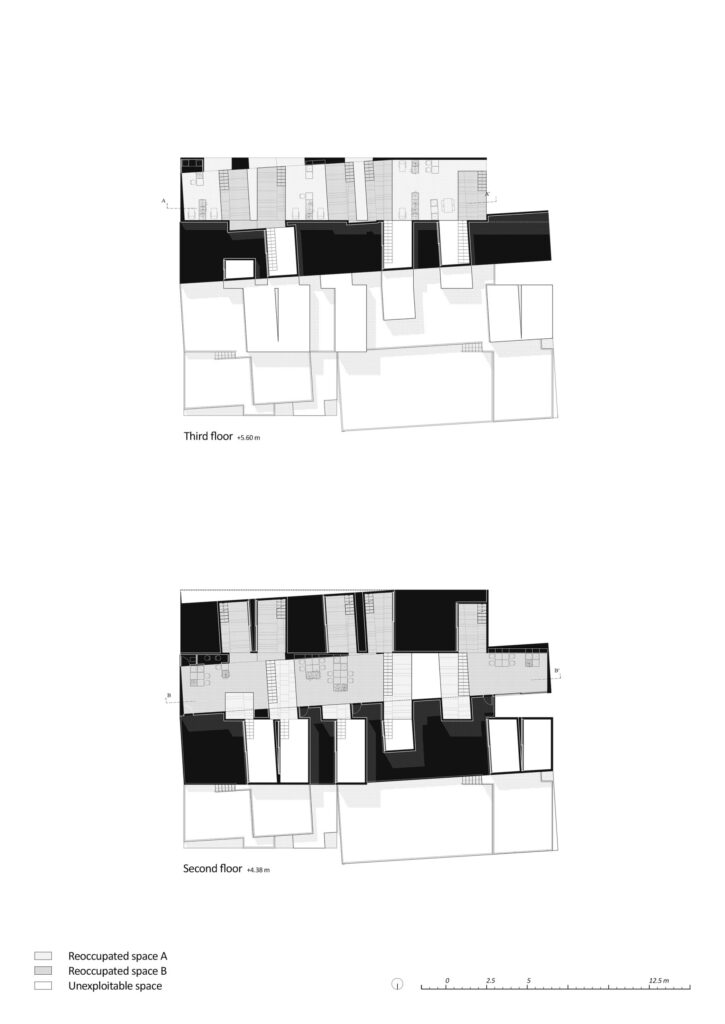 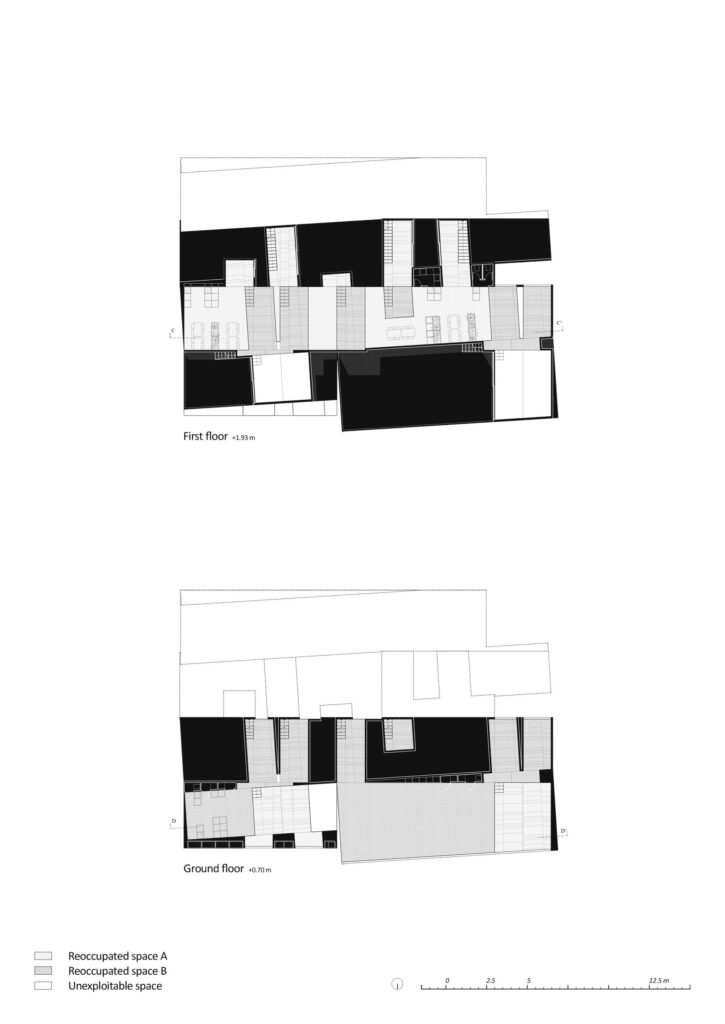 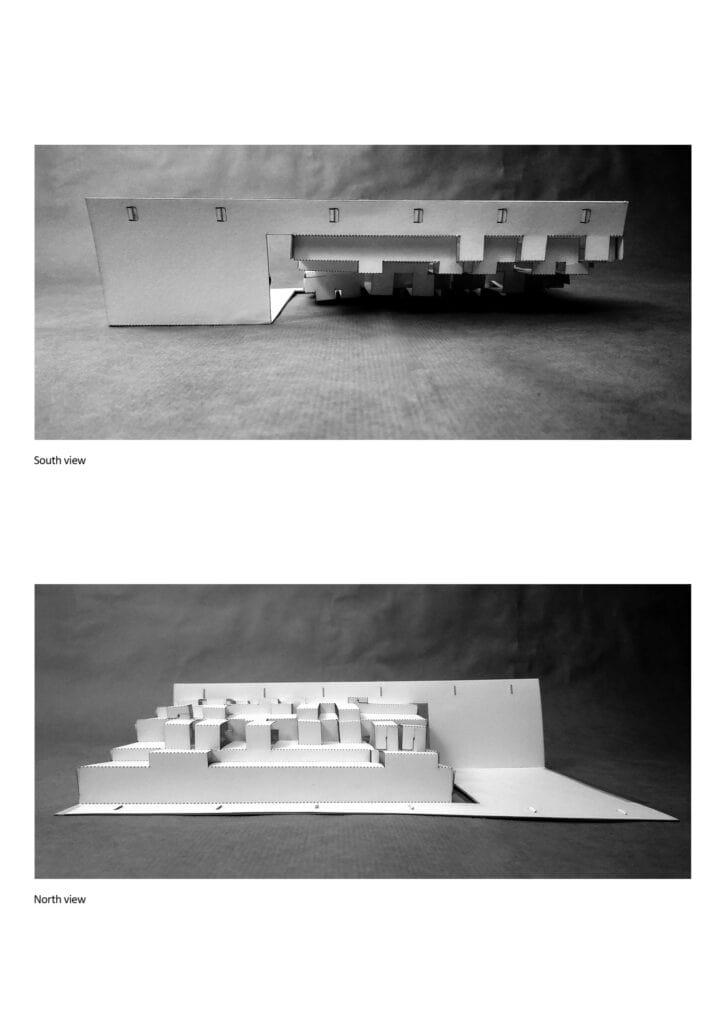 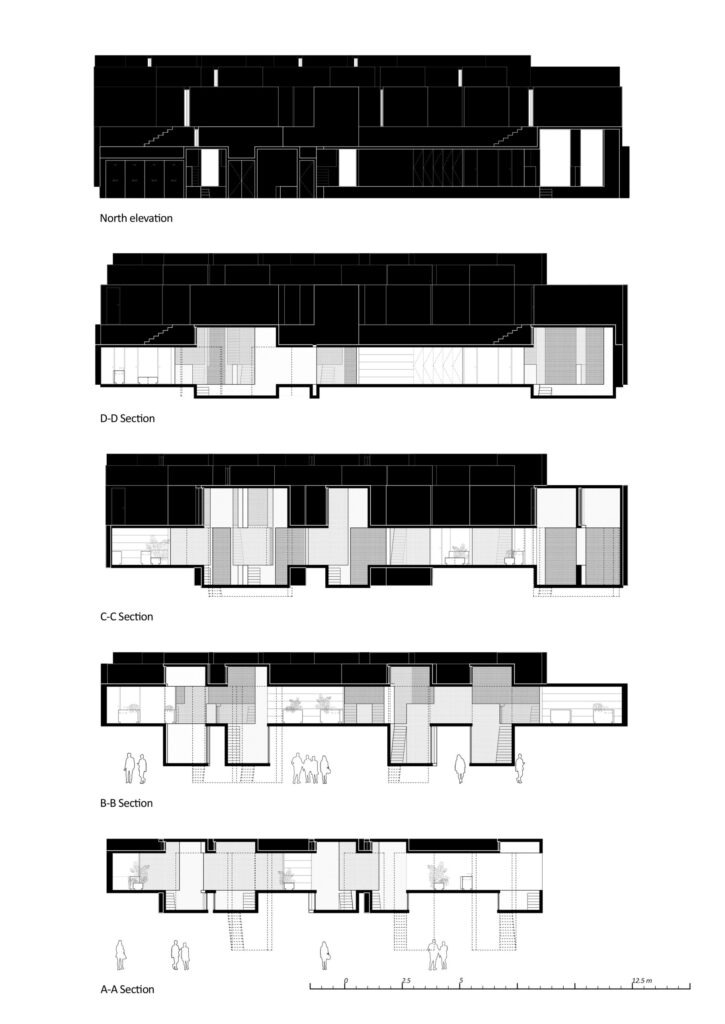 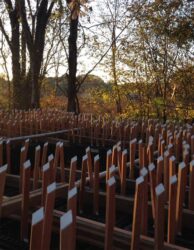 From the Later: A Call for “a posterior” Design Process