AutonomouSTREET: The Future Street as an Autonomous Machine

Our world is going through unprecedented change, with prominent drivers of change like rapid urban growth and autonomous mobility, adaptability within the changing context is necessary. Technological convergences and economic disruptions are influencing future mobility, paving the future towards a fully electrical autonomous environment. As urban mobility methods advance, the urban morphology remains impoverished, requiring a radical approach towards the urbanity of cities.

Testing the proposition requires a solid starting point, a diverse mega-city that is going through noticeable change. Starting in London, the idea later spreads into a global prototype solution. AutonomouSTREET is placed on the iconic Westminster Bridge in central London, the bridge acts as a prominent connection node in the city.

The continuous state of movement in fully autonomous mobility methods require a reimagined configuration of streetscapes based on speed and function. The urban form of the entire city is elevated, creating multilevel street platforms that are spread out all over the city. Within the multilevel urban fabric, the AutonomouSTREET is designed in a stacking manner with various functions integrating autonomous mobility methods, connecting the elevated urban form to the mobility network. AutonomouSTREET is flexible, allowing for complete adaptability and interchangeability of function as per future requirements. 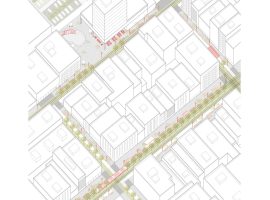 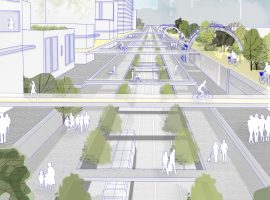 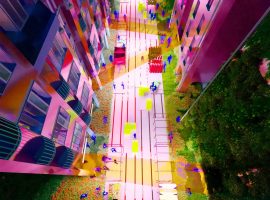 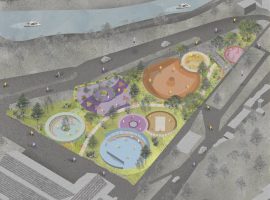