The “Re-Draw” competition aims to develop one visual to ‘represent’ an iconic architecture with absolute freedom of scale, technique, and level of abstraction. 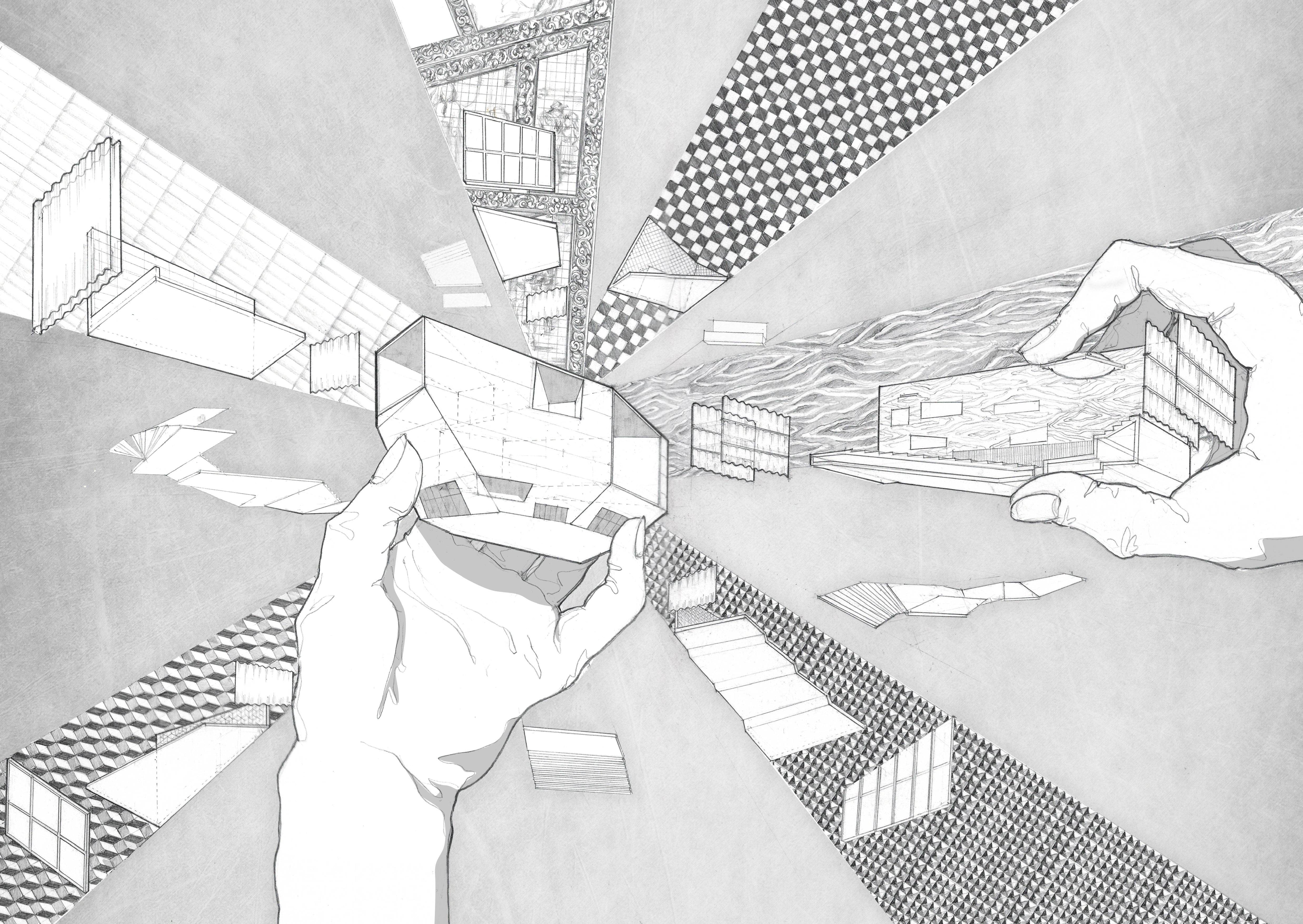 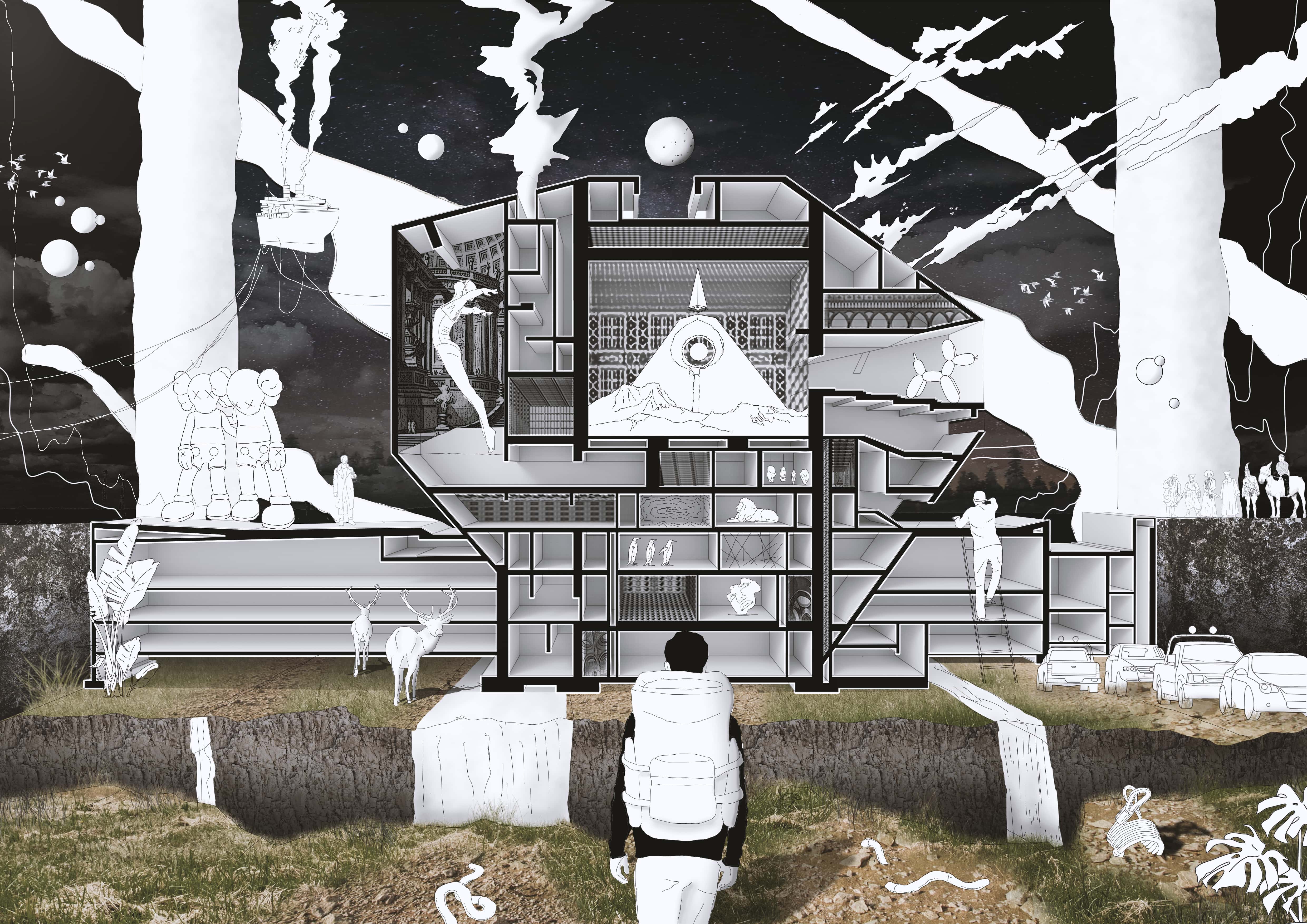 Architecture as the world container 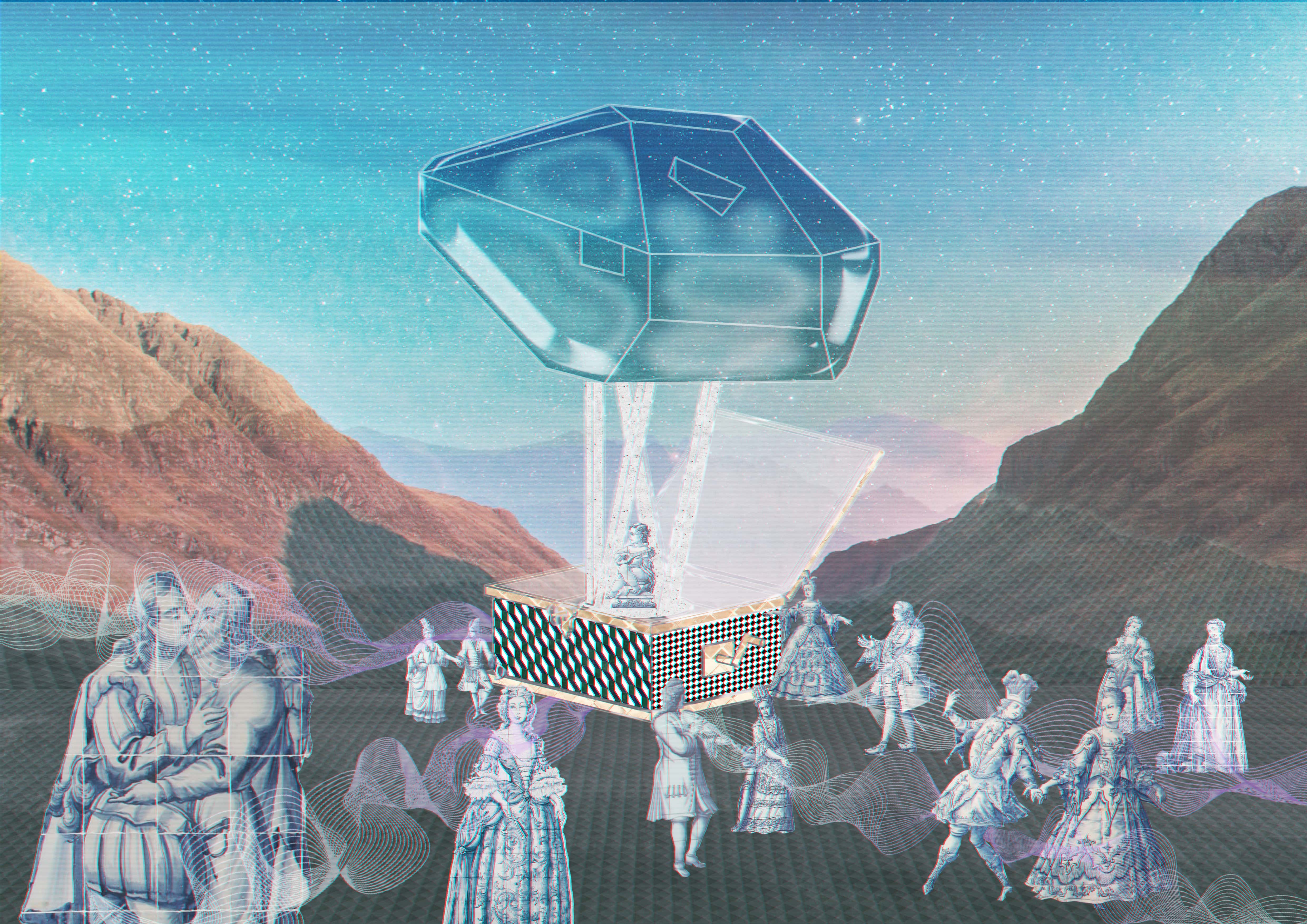 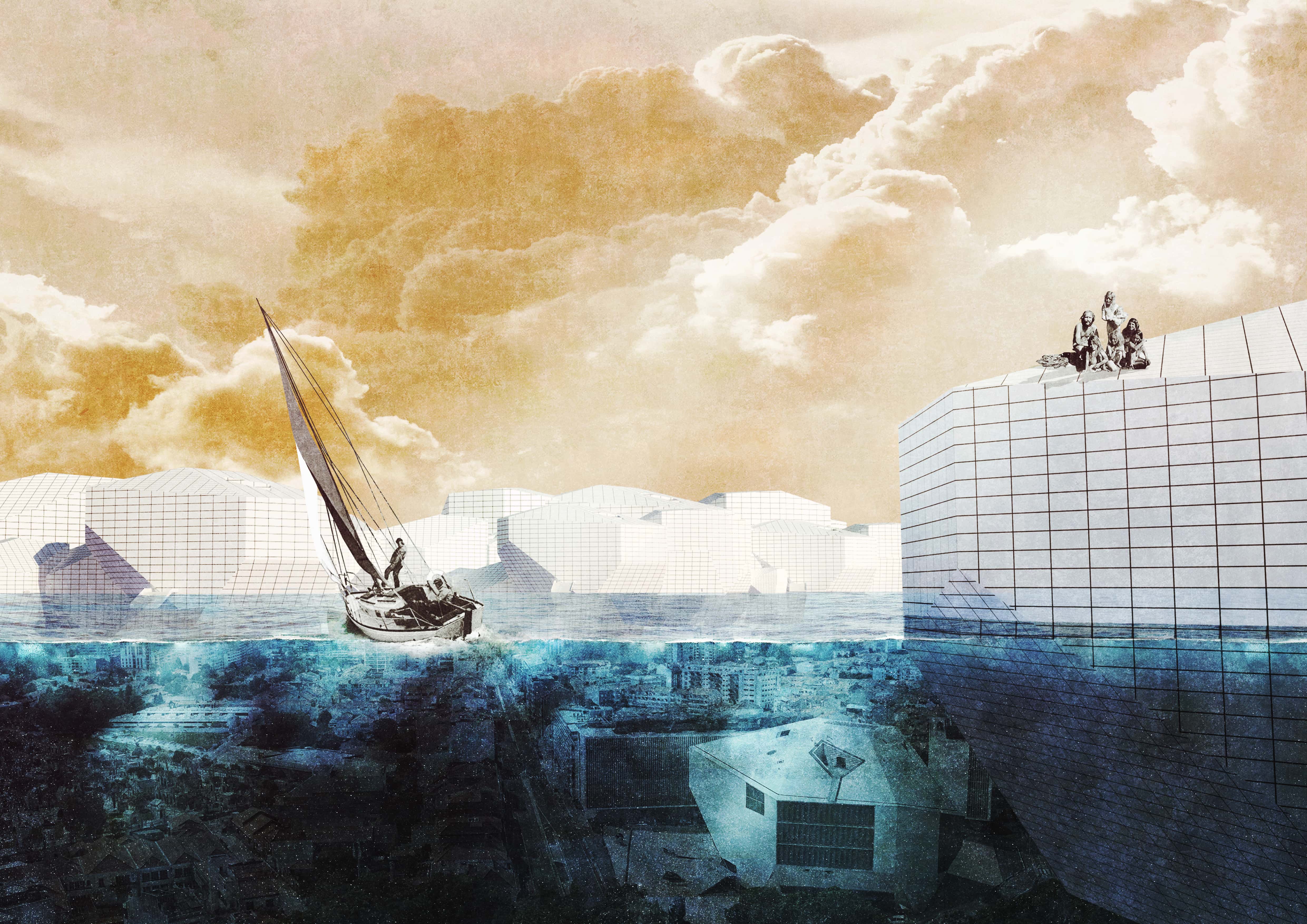 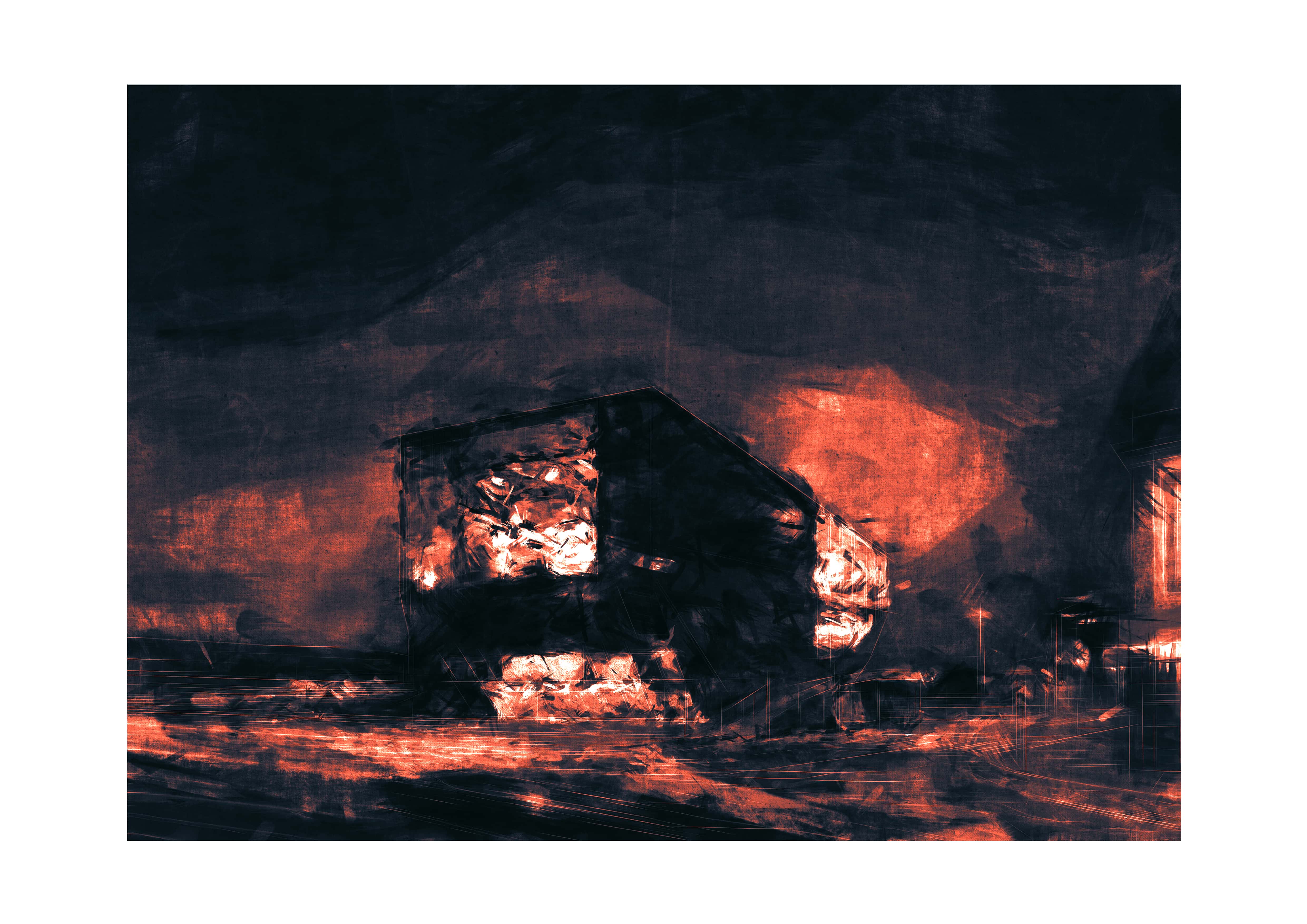 The aim of the “Re-Draw” competition is to develop one visual to ‘represent’ an iconic architecture.
The participants are asked to draft one image, with absolute freedom of scale, technique, and level of abstraction.
We encourage creativeness, criticality, and innovation.
The drawing can highlight functional aspects of the building, showing a deep understanding of one or more design aspects. It can focus on the aesthetic qualities, experimenting and mastering a drawing technique with hyper-realistic outcomes, or it can be an optical deformation, a caricatural interpretation, a distant abstraction of the built architecture. The drawing can strengthen a conventional interpretation of architecture, or explore a new angle, a new point of view, intellectual and/or physical. The building can be portrayed as a whole, a part, or a collage of disconnected moments.
The entry is completely flexible and adaptable to the participant’s interpretation.

You can use all the online open source material about the selected building to base your research.

In 1998, the cities of Porto and Rotterdam were chosen as European Capitals of Culture for 2001. This announcement set in motion a long and complex process of resource management, creation of artistic, social and educational programs under the responsibility of the newly created Porto 2001, S.A.. Amongst other initiatives the promising idea of Casa da Musica arose: a building of unique characteristics where the music would have a home.

From the outset the concept of a public-private space began losing ground to the possibility of a single program, capable of responding to the real needs of the Portuguese audiences. When the Ministry of Culture, then led by Manuel Maria Carrilho, embraced this idea, the creative machine was ready to boot.

In March 1999 the agreements regarding the disposal and usufruct of the land for the building were negotiated between Porto 2001, S.A. and the Municipality. At the time, the choice was quite publicized because it forced the demolition of the tram’s terminus station, which belonged to Porto’s public transports company. Other possible sites were considered but the final conclusion was that precisely the very location of this land – and, hence, the future Casa da Mísica – would imprint on all the surrounding area an urban renewal and social dynamics much needed. The building that existed was already in an advanced state of degradation and its historical value was considered minor, compared to the new icon that would arise.

In mid-1999 the architecture tender for the project of Casa da Musica began. In addition to a demand to limit applications to professionals who had proven their proficiency in architectural projects of buildings designed for the same purpose and of similar greatness, the best amongst the best were invited: Hadid, Zumthor, Foster, Siza Vieira, Koolhas, Herzog and de Meuron, to mention just a few. A total of 26 applications, of which only 15 were foreign. Given the short duration of the bidding process, which would conclude in six months, the vast majority gave up, moving on to the second phase seven architects (Dominique Perrault, Norman Foster, Peter Zumthor, Rafael Moneo, Rafael Viñoly, Rem Koolhas and Toyo Ito) and for the third and last only three. The projects presented were designed by Dominique Perrault, Rafael Viñoly and Rem Koolhas.

Much controversy was raised around the choice of the winner. The Evaluation Committee consisted of Pedro Burmester, Nuno Cardoso, Manuel Correia Fernandes, Eduardo Souto de Moura, Ricardo Pais, Manuel Salgado, Artur Santos Silva and Álvaro Siza Vieira. If in some technical aspects the projects of Perrault and Viñoly were very competent, they were also milder in form and aesthetic expression. Koolhas’ project allowed for a multipurpose adaptation of internal and external spaces of the building, a fluent and coherent language in the use of easily maintainable materials and, above all, a distinguishable singularity. The strong visual dominant of the building would weigh on its choice, in accordance with the “Porto 2001” assumed purpose of seeking a new identity for the city, a milestone, an icon and a landmark.

Rem Koolhaas retrieved a previous project, the House “Y2K”, transforming, shaping, expanding and, finally, adapting it to a radically different scale and use. Revealing all his proficiency and genius in this metamorphosis, Casa da Musica translates into a statement of style, an aesthetic convention, an iconic mark of the architect. The main feature of the project is the visual continuity that is established not only between the interior and exterior but also among the reference spaces within the building.
A mystery, an ambiguity that provokes the senses, a feeling of “Jack-in-the-box” that accompanies the visitor from start to finish.
What was meant to be a villa with approximately 200 m2, Koolhaas turned into a cultural building of nearly 38000 m2.

Non Architecture Competitions will award only one winner, selected by the jury collectively, and 6 honourable mentions, selected by each juror individually.

The jury will be composed by a pool of platforms and experts active on the theme of architectural representation.
The jury members are the following: 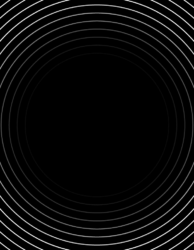 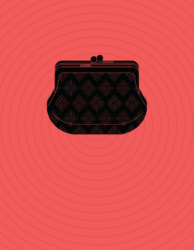 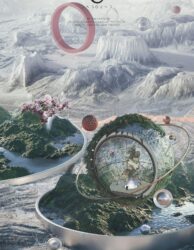 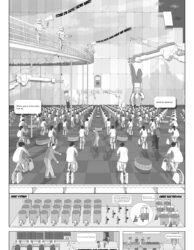