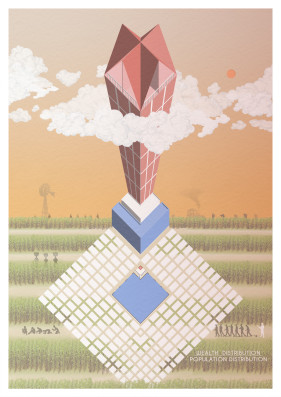 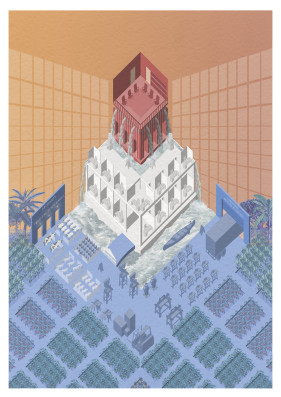 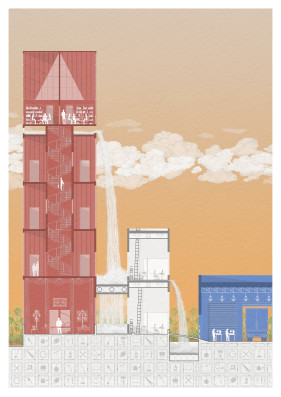 A satirical critique on social hierarchy

Corporate hierarchy extends itself outside of the realms of individual companies

Outside of office parks

Outside of board meetings with sleep inducing designer chairs

It exists in fields, in sweatshops, across highways full of truckers

It exists in areas of life that are often invisible

Outside of how a company brands itself

Permeating all roles of society, there exists a subdivision of three ideas in which all facets of work pay homage to

Represented as parts to a whole, each division, each object holds allegorical significance by means of office tropes.

A percentage of a pie chart

A bar graph breaking the atmosphere

A waterfall of abundance, trickling down

And filling up the Water Cooler

In the future, this hierarchy will be highly visible.

Each layer of injustice directly juxtaposing the next.