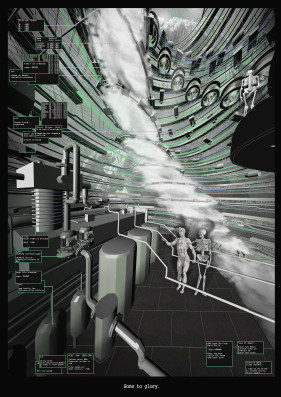 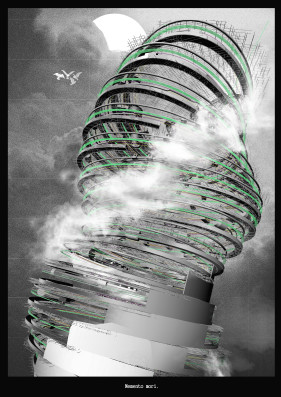 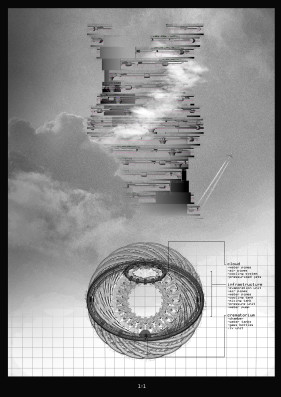 ‘’When we die, we step into the unknown which we will not fear, but celebrate as a moment of glorification to a divine state.’’ A comforting thought confronting the idea of life’s transiency.

Apotheosis, as the most common way of committal among the well standing, provides the dead with the most refined process of cremation that allows formation of altocumulus clouds consisted of evaporated water mixed with the ashes of the deceased.

An everlasting journey into transcendence.

By the use of semi-advanced technology incorporated into an architectural monument specifically shaped to support formation of artificial clouds, a long practiced process of cremation was introduced to its subtler approach.

During cremation, heat emitted is used to start the process of water evaporation followed by cooling, condensation, mixture with minimized particles of ash (less than 0.2μm) and water, and its pressurized release, transforming our last material remains into a new state.

The motive of transformation from the material body of a limited human to an immaterial boundless energy (1:1) is mimicked though the dual architecture of parallel spirals of structure and visible air.