As long as it takes 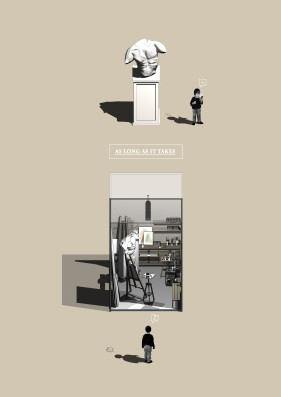 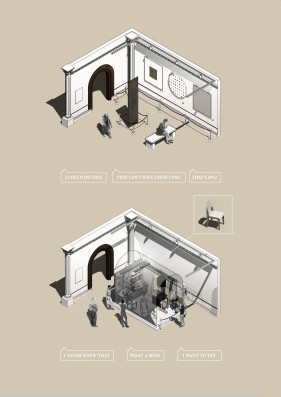 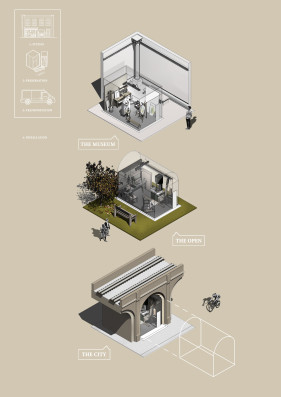 A public re-engagement with the production of Art.
Counter-acting the attraction of public museums as free WiFi hotspots: As long as it takes attempts to re-engage the general public with the arduous, emotional and poetic production of art.
Taking a wide perspective of what we define as art, the proposal is made up of a series of enclosed studios, workshops and creative spaces, frozen in time and contained within a living pavilion. From the paint on the walls to the half-full wine glasses, the pavilions are an opportunity for the general public to engage with a side of art and design which is nearly always behind closed doors, discovering and understanding the story behind every piece. Through the temporary exhibiting of the studios the proposal attempts to address the layman’s statement of ‘oh I could do that’ head on.

The pavilions are proposed as a work of art themselves: located in galleries; public areas or weaved into the built environment itself, the proposal suggests an opportunity to re-engage the public with the creative arts and inspire the younger generations to pursue it.