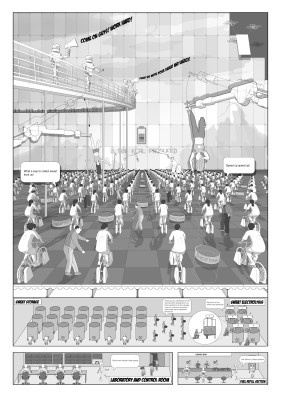 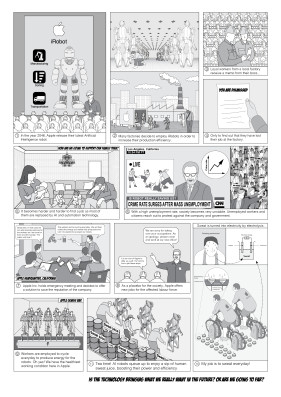 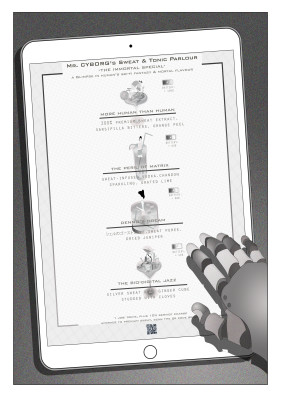 When robots take over human

As a result of the rapid technological advancement, the project envisioned the future office typology as a workplace that entirely run by cyborgs. In this scenario, many jobs in the secondary sector of the economy could render obsolete as the automation technology will be able match the labours’ skillset. Hence, this entry seeks to question the consequence of new technologies in particular to existing working class labour and re-imagine what ‘working’ could mean to the human population under such circumstances. We propose a dystopian working environment which will not only serve as a workplace / office but also a placebo for the human society in a wider context – to ease the distressed feeling of robots-rule-over but at the same time provide jobs, income and incentives for the affected labours and their families. Humans are strained by the cyborgs with repetitive physical exercises in order to extract ‘sweat juices’, the ultimate fuel used to power robots. Labours are demanded to work endlessly for those who enslave them, the metaphor of slavery is further deepened when these extracted ‘sweat juices’ can be added to the robot’s alcoholic recipes…