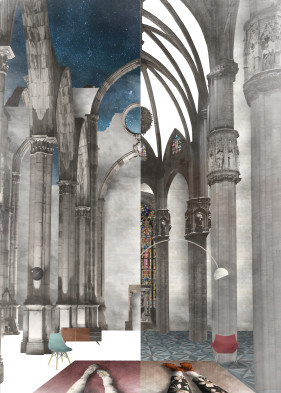 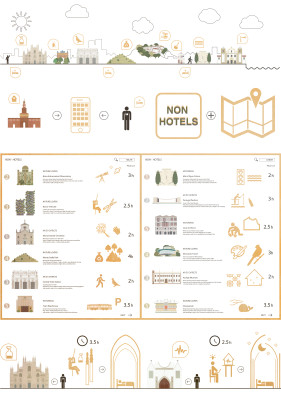 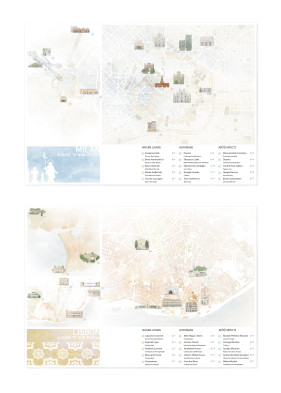 A Non-Hotel guide to the World
Tourism is an assertive shaper of the territory and of the way locals live within it and perceive it. The ailments of poorly managed spurs in tourism are no strangers to us and the territory’s loss of character and the locals’ loss of their sense of belonging have all too well been observed. This over specialization is also unsustainable for the industry that promotes it, as visitors aiming at having an immersive experience in the culture of the visited place find it increasingly harder to do so. All has been shaped into a neutral and ‘international’ set of experiences. For the visitor that doesn’t want to live a territory, a city, only from an observer’s point of view, this system is simply not enough.

It is in the context of these questions that a system dispersed throughout the territory is suggested. While diluting the services, the infrastructures that support tourism all along the city and avoiding a focalization on one centre, this structure of collaborations, experiences and sleep enables the visitor to not only get to know a wider extension of the territory, but also to get to know it in a deeper, more meaningful way. He thus takes part in the city’s daily life, contributing to it while being enriched by it.

Institutions that have the need for collaborators in long running projects, have in this way the opportunity to invite visitors to collaborate with them while in return providing them with a unique sleeping experience, being floating on water or lying under the stars while enveloped by a ruin. Locals and visitors interact and exchange knowledge, the territory sees its character preserved by the effort of both and shelters the best way it can the ones that temporarily or permanently live in it.