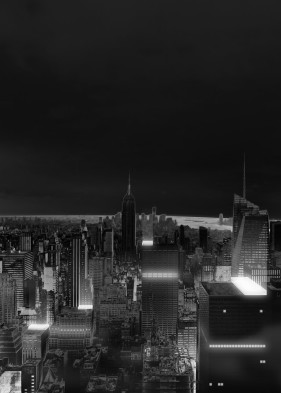 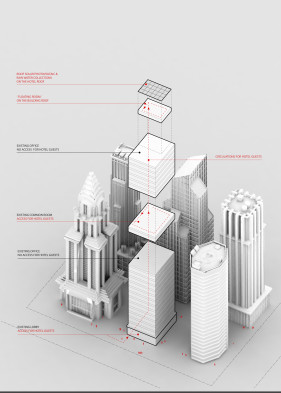 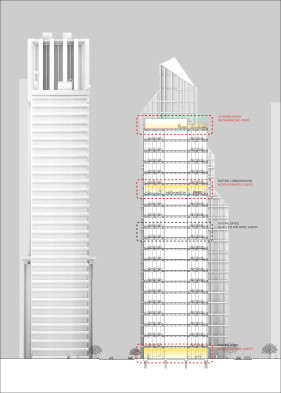 In the hotel industry, there is a disparity between luxury and budget hotels. This polarization will only increase in the future. It will mean more travelers will be placed in rooms with inconveniently-sized beds and bathrooms. Under these circumstances, new hotels will increasingly veer towards budget hotels, comparable to what one might see in office sharing.

One possibility is for us to look at the existing infrastructure, especially around this idea of sharing. The most important idea of the “Floating Room” concept is the notion that office space is generally empty at night, and might as well be used. So, in order for this idea to work in a hotel scenario, it should bring issues of sourcing and energy together with thinking on real estate, energy saving, and space sharing overall. The rooftops of office buildings can be converted into publicly accessible new hotels with amazing views and terraces. The common room area of the building can be used regardless of whether it is day or night.

As an idea of physical space for a rooftop hotel, it would mean an area that accommodates many people at the same time, such as the capsule hotel, sleeping box, or nice hostels. The capsule hotel, originally started in Japan, provides cheap and basic overnight accommodation for people with a number of small rooms—one capsule hotel in Tokyo has more than 600 rooms available. In addition, there are small cabins and boxes enabling people to take a nap or get a solid night’s sleep inside of an airport without leaving a terminal. These days, this kind of concept can be seen from London to Moscow, where it is commonly known as a “Sleeping Box.”

A “Floating Room” is located at the rooftop of an office building, using a similar concept. During the day, it serves as a regular office space, but at night, it becomes a nice hotel with spacious accommodations and stunning views. This project does not take into consideration the design of a hotel, but rather it shows a concept of how a new type of hotel might work. New York City was chosen as the ideal testing ground because of its high structural density, and heterogeneity of both building heights and types. It is also one of the most densely populated areas in the world, with numerous office buildings serving as potential candidates. Functionally, this serves two purposes: first, to provide hotel space with self- producing energy on top of the office building. And secondly, it is an energy exchange platform that enables the co-existence of two different programs: that of an office, and that of a hotel. With this project as momentum, this sharing concept can trigger a conversation regarding the opportunity to present new hotel typology.