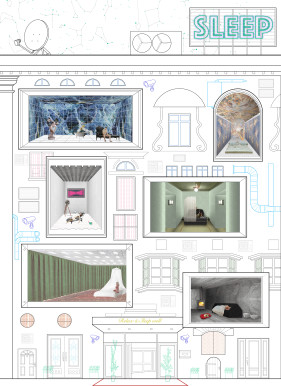 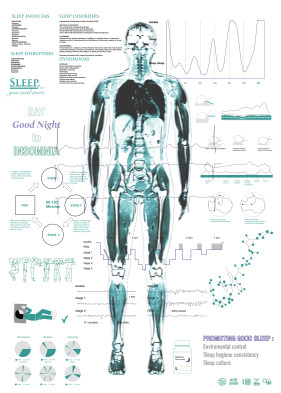 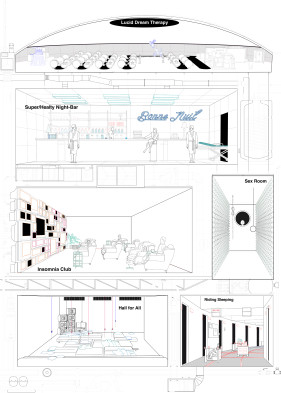 Evolution of sleeping activity through bio-politic paradigma
Hotels, Air bnb and Couchsurfing have already codified their status, found their audience and represent today a monopoly of a sleeping-system.
If the aim of the “Sleeping” competition is to develop a design proposals-for the hotel typo logy, intended as a place to sleep;

If the contemporary tends to focus on the biological aspect of existence, such as for Food and other forms of body care, we can imagine that even the sleep, and the sleeping as an activity in his BIO meaning, will have the same media attention and will enter into the public dynamic.

People will pay for good sleep, and all the Extra services will be related to-the sleeping acti vity, in every forms. technology plays a fundamental role to realize the dream of the perfect sleep (or the healthiest one).
Our “conventional rooms” meet the Users intended not as a number but -rather as a singu larity to match its very own taste.

A slogan could be Think about your holiday, we take care of your sleep.
The dream room, at the top of the building, represents the tip of a society and epoch in which technics integrates with the search for a transcendent verticality. T-he use of techno logy is here meant to reconnect man to his deepest essence: desire, who-se privileged ma nifestations lays in the dimension of dream. The connection with desire is emphasized by the presence of the starry vault, the primordial cradle of humanity and his existential map. de-siderium as the origin and the end of man. Thus, the progressive incre-ase of technolo gical devices aimed at bio-political domination of society are now reversed and intendended as a privileged instrument to therapeutics in which the subject can rejoins with his deepest dimension. From critic to clinic of sleeping.