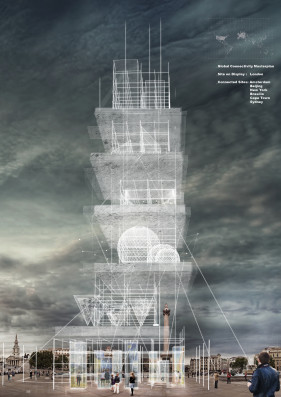 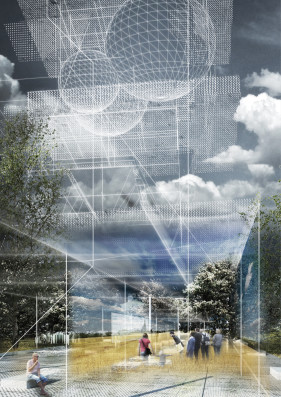 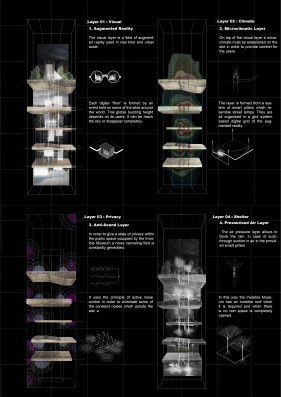 What is the role of the museum of tomorrow? How does it answer to the changing conditions of the digital age? In a world of mass connectivity and extreme growth we witness an online revolution which redefines our perception of reality. The museum is a central figure within the urban hierarchy and as such preserves and maintains the cultural tangible and intangible heritage of the world.

The “Invisible Museum” addresses both the museum as a physical entity and the relationship of the museum as a public space with the urban context of the city in the dawn of the Digital Revolution. It is a prototype for a new idea of immaterial architectural space, based on the interaction and overlay of dynamic fields and resulting in a digital intangible structure. It is its immateriality which gives the freedom to detach the idea of architecture bonded to a particular site. Instead each floor is distributed on a different public square around the world making a dynamic interactive global superstructure- a display system which answers to the dynamic realm of the “Information Revolution” and reinterprets the usage of public urban space. A democratic form of architecture active only when needed by its users.