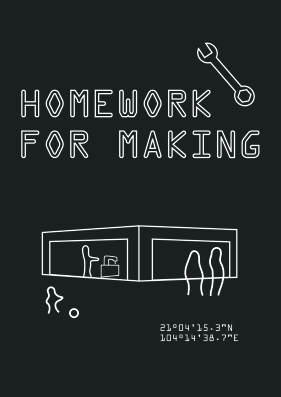 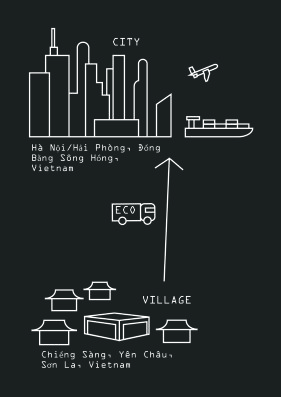 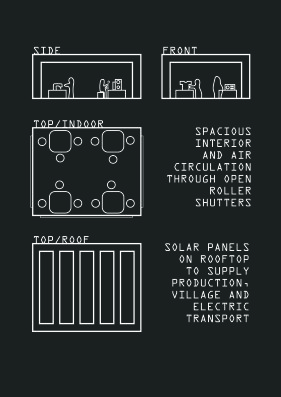 Since the beginning of Industrialization, factories were huge production sites. Besides that people became more and more anonymous due to the rising of cities populations. While in Europe and North America the Industrialization has gone backwards, it only began in lower developed countries. The produced goods like clothing from these countries are mostly cheap mass products with minor quality standards as well as bad social and ecological influences on the environment.

My Concept “Homework” founds on the idea of Garden City and is about spreading up big factories into small handcraft manufactures, which will be located in rural villages where a big amount of cities factory workers have their roots. To connect these new production sites with urban trading places, sustainable transport systems such as E-cars would be used and supplied by solar energy from the manufactures rooftop panels. Furthermore the quality of products could be increased due to the identification between maker and product, as well as the impact of handcraft manufacturing.

In the end it’s important for tomorrows making places to keep social and ecological aspects on one level with the economic efficiency to build up a sustainable but also successful way of producing.