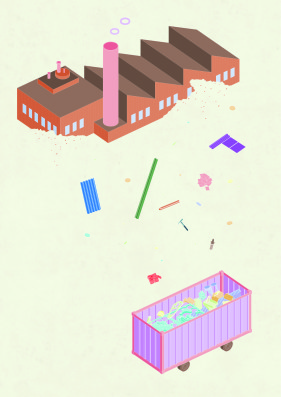 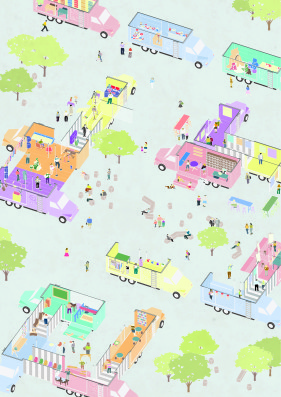 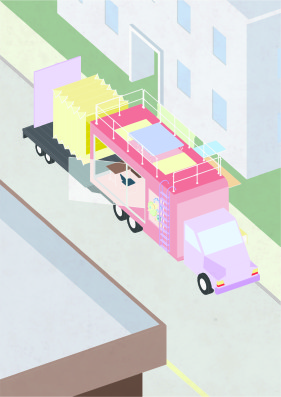 We propose not existing mass production system but new factory system of individual customization. Making truck is a module of minimum factory and it takes a role as a device for anyone, anywhere. All people can use this truck such as an artist, sculptor, carpenter even playing children.

Users can restructure their workrooms by assembling walls, expanding space or installing furniture. These environment also can be moved and combined each others. Then these module take a role as public space.

‘Seoul making truck festival’ was held today. First, I saw the sight of making furniture truck while waiting my friend. A carpenters was making a customized production immediately. My friend hesitated to buy a hand-made cloth. Also, we appreciated some arts at the gallery. The gallery was made up by combining couple of trcuks in a row. After appreciating it. We enjoyed the band performance. Stage was the middle space of two truck that were combined side by side. The temporary seats were installed in front of stage. After seeing the performance, we had a meal simple at a food truck. It was a really funny day.’