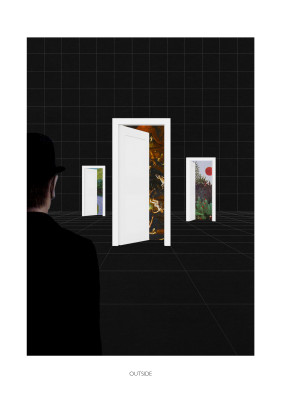 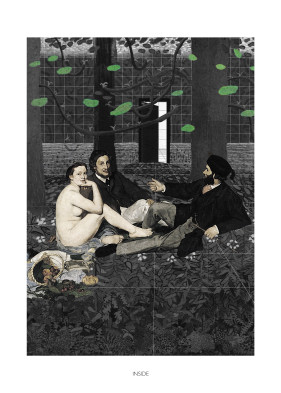 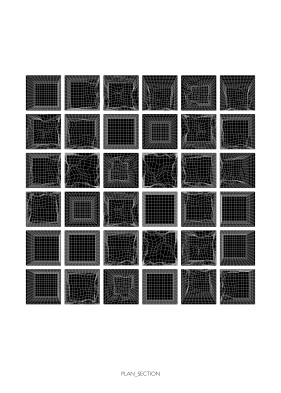 an alternative model for life on earth

Morpheus noun [mawr-fee-uh s] In classical mythology, a son of Hypnos and the god of dreams

It would seem that dreams remain the surest way to render the world alive, […] or on the other hand to dry up the reality in which one lives […] Presently, society […] produces a complexity of new needs and a new kind of poverty. Dreaming must become the only discipline, therefore we visualize a new mode of living: dreams are the formulation of problems for the evolution of a new mentality, guideline for a new society.

Concentrated masses of people, continuous nomadism, show us the possibility of an urban life without the emergence of fixed residential conditions. […] Morpheus, divided according to a Cartesian grid, becomes the homogeneous […] utilization of territory. Networks of hotels are the means for the use of the land. Rooms stand as the knots of the network. […] We can imagine a network of dreams that makes life possible according to new models. […] Morpheus can assume different forms, including different planometrical developments, with the possibility of covering different and gradually increasing parts of the inhabitable Earth. […]

The rooms constitute ideal universalities which satisfy all the primary needs. A new mankind, free from induced needs, can survive with the help of the network. A new society, based no longer on consciousness, nor on lived experience, nor on communication, but on individual rampant imagination. Our elementary requirements can be satisfied by a highly sophisticated, miniaturized technic. A greater ability to dream and the integral use of our psychic potential, will then be the foundation of the reason for a life free from want. There will be no further need for cities or castles. There will be no further reason for roads or squares. Every room will be the same as any other. So, having chosen a random point on the map, we’ll be able to say “my house will be here for three days, or two months, or ten years.” […] […] In Morpheus, we’ll watch ourselves live. We’ll do very complicated muscular acrobatics. We’ll do very complicated mental acrobatics. The mind will fall back on itself, to read its own history. We’ll carry out astonishing mental operations. […] We will be able to create and transmit visions and images, perhaps even make little objects move. We’ll play wonderful games, games of ability and love. We’ll talk a lot, to ourselves and to everybody. We’ll look at the sun, the clouds, the stars. We’ll go to faraway places, just to look at them and hear them. […] Some will sing and play: stories, songs, music, dancing will be the words we speak and tell ourselves.
Dreaming will be the only art.
Adapted from Superstudio’s 1972 ‘Life (Supersurface)’