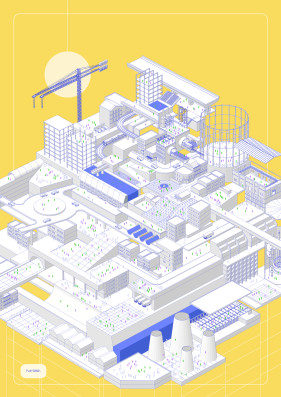 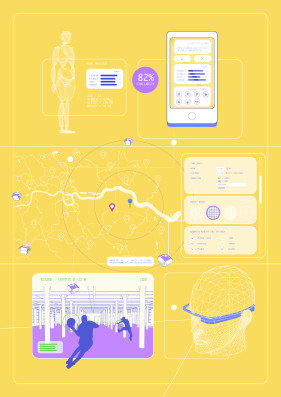 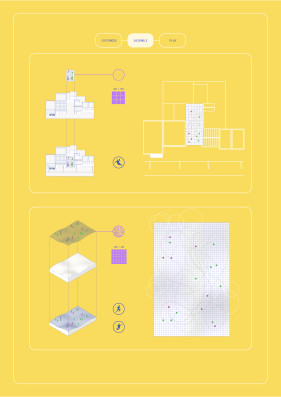 – The revival of spaces within the city through sports

PLAYGRND. is a system that enables users to fully customise or invent a sport according to one’s needs and preferences. It utilises derelict and disused spaces within a city, subjecting them to the possibility of being revitalised or rediscovered.

The sports that take place are highly specific to the spaces found.  PLAYGRND. gives people the opportunity to take part in a different activity or gameplay each time; maintaining the interest in sports.

Through a network of sports enthusiasts, users are able to pair up or play against others of similar skillsets, abilities and interests.  This interaction creates an improved environment for training, as individuals gain a better understanding of the activities that occur, with the aid of augmented reality (AR) equipment and participation with others of similar profiles.

Once a customised order has been placed through the application, users receive a kit, which consists of a modular surface system and AR equipment.  The surface modules that are in the form of tiles do not only act as a base for the creation of a new sport, but also bring the element of customisation one step further by giving users the freedom to manipulate a space to become more versatile and suited to the gameplay.