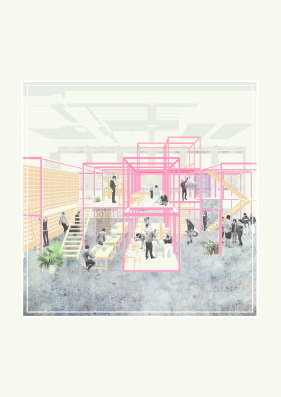 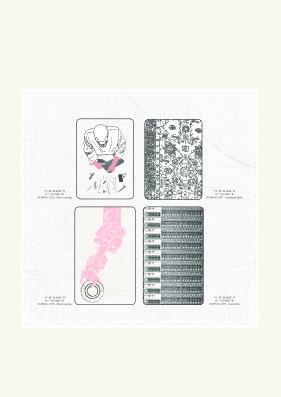 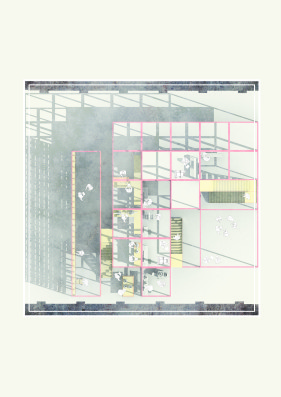 Random Access Memory has a mnemonic agenda, aiming to marry traditional crafting with digital manufacturing. The idea of crafting techniques becoming extinct leads to over-romanticised solutions of prevention, sometimes absurd and extreme, until the point of negating the benefits of the digital revolution. Through providing a growing, grid-like, temporary structure, RAM will develop ad-hoc, depending on the local needs and resources. Meant to act as a plug-in incubator, inserted locally, it will sit within a world-wide network of contemporary factories. The symbiosis between the digital and traditional is manifested in the way the studio’s modular structures develop. While the crafting workshops can expand in all three directions (x, y, z), the digital pods are always attached to them, +2.5m from the ground datum, creating a belt. The data gathered through analysing and emulating the different techniques is later stored to the cloud (connecting it yet again to the network) and embodied as a digital archive (the servers). The latter bounds the making spaces, representing the outer layer of the RAM. At the core of the system, the exhibition space acts as a bond, both displaying the collaboration between the two fabrication techniques as well as their individual merits.