Running among the concretes 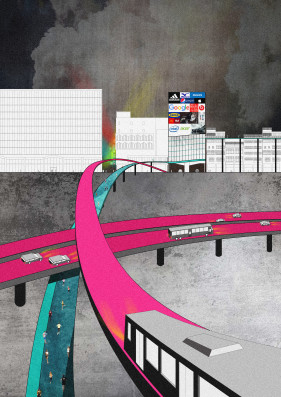 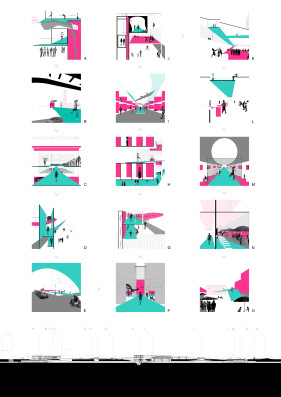 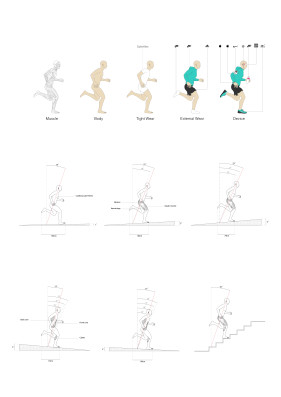 A path for running among the concretes

Body//Monitor the heart beat rate, which varies with the level of fatigue, and control the variation of slopes and surroundings the runner experiences to define the interaction between the runner and the city.

City//The Run-way lies above and beneath the subway and expressway, which both show the context of the development of Taipei, to connect the diversity and character of every single area in the city.

Society//Stratified skins form the social values of the people who are living in virtual, commercial lives and used to showing off to the public. Not only the runner but also all the people with diverse values meet each other through the Run-way.

It is a device that encourages people to re-read the urban context with a moving body. Due to the sensitive sense and subjective view from a runner, a new text of urban space will be created.