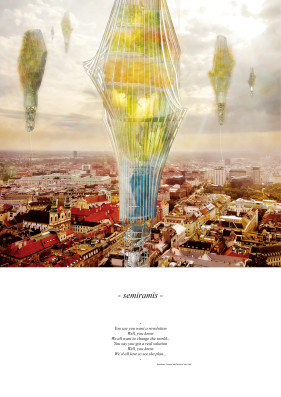 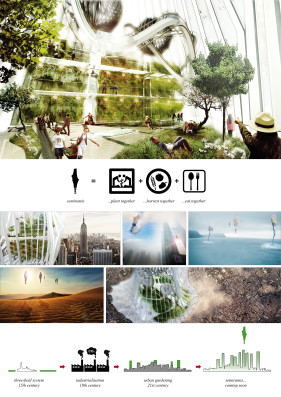 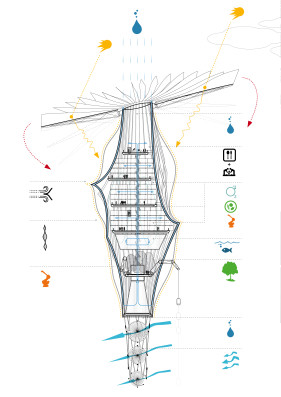 Agriculture for the 21st century and beyond!

In the history of humankind the production of goods has evolved from small scale manufacturing to machine based mass production. For some years though, artisanry is gaining ground again and a new appreciation for sustainable and local hand-crafted goods has developed. This evolution can also be seen in the agricultural sector, where – after having been disconnected from the origin of their food for such a long time – people seem to reconnect with what they are eating. As a result, plenty of urban gardening projects have come into being.

SEMIRAMIS goes beyond that: It combines the human need for communality and autarchy with the efficiency of a factory. It translates the principle of creation and processing to the production of produce.

Considering demographic trends and the rural exodus we cannot afford the agricultural sealing of city soil – thus SEMIRAMIS lifts decentral and independent agriculture into the sky. The ecological benefits are endless: generation of renewable energy, less water pollution, less deforestation, CO2 absorption… As harvest is possible wherever needed, SEMIRAMIS can also contribute to the cultivation of areas that are generally hostile to life.

SEMIRAMIS is the idea of a floating garden – nowhere and everywhere at the same time.