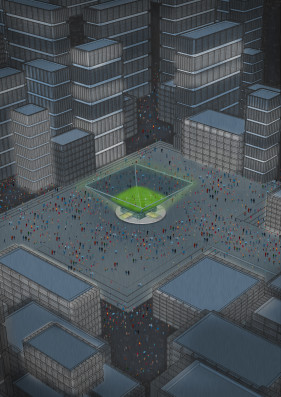 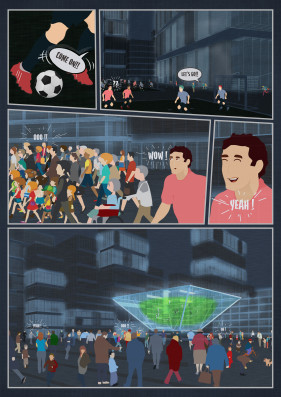 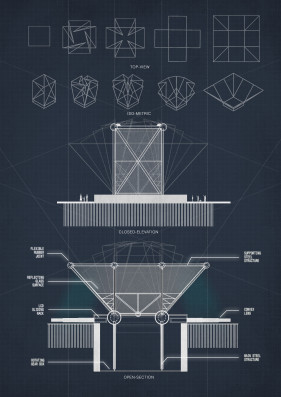 So many years sports has been linked towards physical Activities. Sports itself started since the prehistoric age of the human civilization, where humankind use sports as their entertainment, assertively written on the cave of the wall, an illustration of humankind wrestling. The next stage of sports started in the ancient Greece, when they were planning on creating army, they train their citizen through physical gaming, which later inviting a lot of spectator. This activities is later known as sports. What may seemingly unimportant was the idea that spectators have a very intimate connection with the sports itself, the sense of belonging towards the sports actor which they support invites us to pull this issue to the surface. For us, the future sport facility is the future sports spectator facility.

The prism are made by glass, bind to the steel structure. The steel structure is attached to the rotating gear box in order for the prism to shift it shape, the shape of the prism allow the LCD projectors underneath it to project its image to the glass surface, the image will pass through the convex lens and projected to the 4 sides of the prism creating a hologram like image.