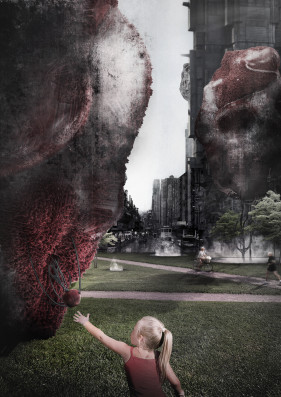 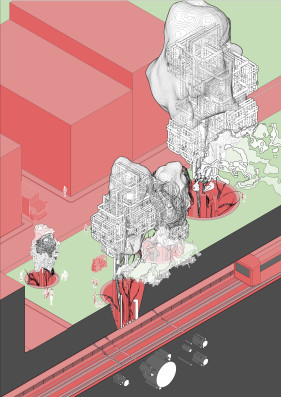 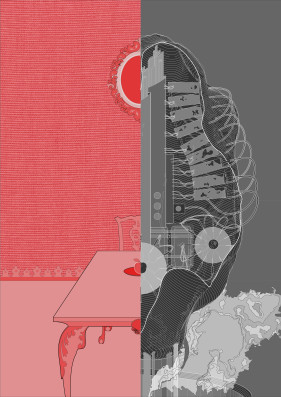 In an age of synthetic production, in every sense of the word, what becomes of the boundaries of consumption? Schisms are created between the vegan, the vegetarian, the meat eaters. Does synthetic flesh, genetically engineered Petri dish tissues and meats, create a new category of consumption. Is this category presented within the means of our existing agricultural system? This design proposal suggests that the urban food production of the near future is driven by the excess energy and heat given off by transportation networks throughout our cities. The synthetic meat machines that have slowly worked their way into the public’s attention feed off this emittance of energy and produce a synthetic forest, a technological food marketplace in a metaphorical approach to city parks. The subway hubs promote bacterial growth in synthetic meat machines, which produce flesh for consumption. This flesh asks the question of appearance driven by cultural acceptance and anthropological response to consumption. Does this synthetic flesh produce a new meat, or does it grow like an apple tree, reaching for the skies of the urban heat sinks, begging climate change to continue its domination in utter indifference to the natural interventions in our world?